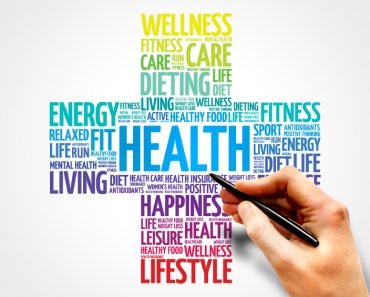 Akbar Gbajabiamila is opening up about his family's own experience with racism in the wake of George Floyd's death.

The American Ninja Warrior co-host, 41, recently called in for a chat with PEOPLE Now, revealing that his children "were racially profiled" in their new, "predominantly white" neighborhood — on the "very first day" they moved in.

"I never had to have that conversation with them before," says Gbajabiamila, who has two sons and two daughters. "A lady chased them all the way to [our] house she said, 'Hey, I just wanted to make sure that this neighborhood stays safe.' And my daughter, she looks at her and she goes, 'But I'm 10 — I'm 10 years old. How am I a threat?' "

"It was her, my young daughter, my son and my niece, and they were just walking and looking in the new neighborhood and that was the first time that I ever had to talk to them about racial [profiling] because I was like, 'How do I explain this?' " he recalls.

Gbajabiamila says his children are "still trying to wrap their heads around" the incident, and that talking about it now is especially poignant considering what is transpiring nationwide at the moment.

"I fast forward to now — having the conversation and saying, 'Hey, what happened when we moved in on day one, that's what happened [on] a larger scale across America,' " Gbajabiamila tells PEOPLE. "My kids have a better understanding today than they did even just when we moved into the new neighborhood."

Floyd, whose death two weeks ago sparked an ongoing international protest and political movement for reforms to correct racial inequities in policing, was mourned at his Houston funeral on Tuesday before being buried alongside the mother to whom he called out as he died.

The 46-year-old truck driver died at the hands of white now-former Minneapolis police officer Derek Chauvin, who pinned the unarmed Floyd down by his neck. He has been charged with second-degree murder and remains in jail, with his bail set at $1.25 million.

Celebrity parents like Jamie Foxx, Nick Cannon, Ciara and more have spoken out about how the incident and others like it have affected their lives and their hopes and fears for their kids, sharing stories about how they speak to their children concerning ongoing systemic racism and police brutality.

"Having my kids with me at the protest was bitter sweet. Having them watch the world come together was beautiful … but having to explain to them why we were all there was heartbreaking," Foxx, 52, captioned a series of photos on Monday that showed his 11-year-old daughter Annalise participating with him during a protest in support of the Black Lives Matter movement.

"My children fear police," Cannon, 39, said during an interview with Access earlier this month. "I try to teach fearlessness. I try to teach, 'You have a power within you that you need to fear nothing.' But when they see the energy of law enforcement [it's like], 'Uh-oh, here comes the police.' "

"So that mindset of, 'Sit up straight and don't talk, keep your hands where they can see them' — these are things that I'm talking to a 3-year-old about [and] 9-year-olds about; they bring those questions to me," added the musician and Masked Singer host, who's dad to son Golden, 3, and twins Moroccan Scott and Monroe, 9.

To help combat systemic racism, consider learning from or donating to these organizations: