After becoming disabled, I struggle to put pants on – so I invented the solution 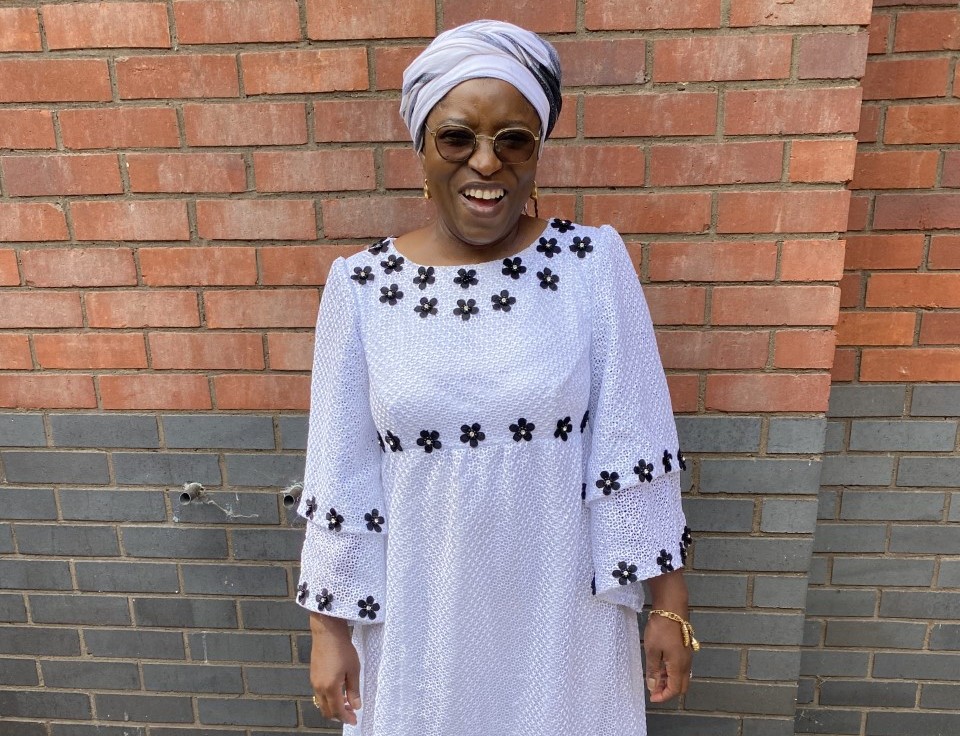 We’ve done it for years, decades even, haven’t we? Since we were old enough to toddle. Pulled up our knickers, boxers or pants – in whatever shape or form.

Sometimes we’ve done it in the dark, bending down half asleep, while running late for work; other times lying on our backs, or in the air with that strange vertical high-jump when we heave too-tight undergarments on.

Except, back in 2002, I couldn’t put my knickers on anymore. It made me realise how much able-bodied people take it for granted.

So I had to take matters into my own hands. Literally.

Back then, I’d moved from the UK with my husband to work and live in Dubai, in a high-flying IT role. I used to travel to and from London a lot for my career.

Life was work, and work was life – until one day, it wasn’t.

I was pregnant with my second child, and my blood pressure was out of control. At 17 weeks, I was told that the neck of my womb was tight, and was advised to seek medical help back in the UK.

There, I was diagnosed with preeclampsia and I continued to be monitored – it’s a high blood pressure disorder common in pregnant women.

I had preeclampsia during my first pregnancy, too. My first child was premature, and there was the concern that this one would be more complicated, and I needed special treatment from a UK hospital as I was older.

Seven days after giving birth to my daughter in November, the eve of her naming ceremony (for the first seven days in Muslim culture, your newborn is simply known as ‘baby’ before your father-in-law names the child), I woke up with a killer headache. It felt like my head was coming off and paracetamol couldn’t shift it.

I woke my husband for help, and then I blacked out for 24 hours. I had a stroke, followed by a serious brain bleed.

While the hospital conducted a CT scan, my heart stopped and my family were told I had little chance of survival. If I did manage to live, I’d be in a wheelchair for life.

I was moved to the Atkinson Morley Hospital near Wimbledon, one of the most advanced brain surgery centres in the world, and emergency surgery to open my skull to remove the clotting on my brain kept me alive.

When I regained consciousness, I’d lost all ability to talk, walk or move my right arm and hand. It was terrifying, and it felt like I’d lost everything – lost my whole life.

I was a new mum, how was I going to cope?

It took me a year to recover, with lots of help when it came to being a parent, and I’m still partially disabled even now – over 20 years on.

At the time, I started using crutches to get around the hospital as part of a long rehabilitation process – before being given a wheelchair for longer journeys.

After 35 years of independence, I was in a wheelchair for six months. My career abroad was gone, I couldn’t talk coherently, walk long distances and bending down was painful. I was stubborn, and still wanted to do everything myself – so often rejected help when I most needed it.

Putting on underwear felt like a battle every single day. I’d done it for years without thinking twice, but now it was exhausting, humiliating, and I saw a chance to help people with limited mobility.

After research online for help brought up no results for any accessible underwear, I was distraught and angry. How come there were no suitable options for disabled people like me? How come no one wanted to invest in making my life that little bit easier?

I wanted to change the conversation. Prove to myself that my brain was still working, even if my body was taking time to catch up.

But first, my health had other plans for me. In 2007, I had end-stage kidney failure and I was on dialysis for around 19 months. It wasn’t until 2011 that I had a successful kidney transplant.

My mobility was not affected much further by the transplant – but I had to dialyse, which meant on dialysis day I was very tired. Even now, I can’t write, I scribble. It left me weak, run down.

I used my past experiences to help me recover, continuing to live as full a life as possible and finally brought Clip Knix to market for the benefit of those, who like me, live with limited mobility.

I set up my business on a whim in 2018 after losing both of my parents within a year. I had no capital and just an overdraft.

Clip Knix took a year to develop, and a year to produce prototypes that I was happy with. Now, we currently trade in the US and Australia – with a presence on six marketplaces on Amazon including in the Middle East.

With Clip Knix, you don’t have to bend or stretch to put on your underwear – you simply stand, sit, or lie (whatever is comfortable); pass the gusset through your legs, and fasten the knickers at the side using hooks or buttons.

The first of its kind, Clip Knix allows people with mobility issues to gracefully maintain their dignity, but most importantly, it gives them a boost of confidence that makes life a happier experience. They’re organic cotton and lace, and they’re sexy, too – they feel like a luxury that those with limited mobility deserve!

They’re ideal for those with limited mobility, the elderly, those with catheters or Colostomy bags, pregnant people, those with back problems and more.

The importance of being able to maintain independence when you have any kind of physical disability is priceless. It’s not only good for a person’s physical health, but also for their mental health, too.

There are over 14million disabled people living in the UK, with an estimated one billion people globally having a disability of some sort. So why should 15% of the population miss out on the essentials?

We need a world that provides more solutions for people who have disabilities, and is willing to invest in their wellbeing. It shouldn’t have taken me to produce a simple, life-changing product at my worst, for those who value and appreciate their independence.

Still, I’m glad to be a part of it and wouldn’t change it for the world.

As told to Emmie Harrison-West