After the Club Q Shooting it Has to Be Said Again: Anti-LGBTQ+ Violence is a Public Health Emergency

Like many LGBTQ+ Americans, I spent this past Sunday morning nursing a heavy feeling in my heart. My girlfriend broke the news to me as I brought us coffee in bed: Overnight, there had been a mass shooting at Club Q, a gay bar in Colorado Springs, Colorado. Five people were dead; more than a dozen were injured.

My mind immediately went to two of our good friends, a gay couple who had come to stay with us in our Brooklyn apartment just days earlier. They live in Colorado Springs. Their flight home was so early in the morning that my girlfriend and I weren’t able to say goodbye properly. I felt my stomach lurch as I considered the very real possibility of a grumpy, half-asleep hug being our last exchange ever.

Our friends were unharmed, thank God, but that does not change the fact that five LGBTQ+ people were murdered in an act of anti-LGBTQ+ violence. Like the horrific 2016 massacre at Pulse Nightclub in Orlando, this shooting was intentionally carried out in a queer space. The shooter could have gone to any bar in Colorado Springs — or even nearby Denver, which is technically a bigger city — but he chose Club Q.

This shooting occurred on Transgender Day of Remembrance, an annual event dedicated to memorializing trans people who lost their lives to violence over the past year. LGBTQ+ patrons of Club Q were targeted because of who they are and how they love. Even in a space created for them to socialize safely, to grieve in community, they were not safe. Let that grim reality sink in.

“When we go to a gay bar, we enter the space with the basic expectation of protection from a world that does not always understand or accept us. We dance, we revel. We let our guards down. We’re relieved of a mental burden so insidiously constant, many of us forget we are even carrying it.”

Sunday’s tragedy at Club Q is hardly the first instance of anti-LGBTQ+ violence perpetrated in a gay bar. Hell, it’s not even the only incident of its kind to occur in the past week. Vers, a gay bar in the New York City gayborhood of Hell’s Kitchen, was vandalized for the third time this past Saturday night by a hateful man who attempted to throw a brick through its window. The bar was full of people.

I find these violent incidents especially frightening because of how sacred gay and lesbian bars are to LGBTQ+ people. Our community faces disproportionately high rates of virtually every kind of violence — including rape, sexual assault, and aggravated assault — compared to cisgender, heterosexual people. We’re also more likely to experience mental health issues like depression and suicidal ideation. When we go to a gay bar, we enter the space with the basic expectation of protection from a world that does not always understand or accept us. We dance, we revel. We let our guards down. We’re relieved of a mental burden so insidiously constant, many of us forget we are even carrying it. 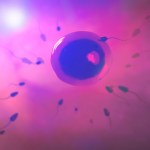 There’s nuance here, sure, and as a white queer person, I don’t pretend to speak for transgender people or LGBTQ+ people of color. But by and large, gay bars are beacons of safety and freedom. What does it say about the state of our world that patronizing these spaces can put a target on our backs?

An estimated 3.5 percent of Americans are LGBTQ+. That’s roughly 9 million people nationwide. Each and every LGBTQ+ person deserves access to spaces where they can congregate openly and freely. When these spaces are jeopardized by acts of violence, it takes a major psychic toll on an already vulnerable group. We isolate out of fear in moments when we need our community the most. After all, it’s scary enough to be queer or trans today without the looming threat of physical violence. We shouldn’t have to fear for our lives in addition to our rights.

Anti-LGBTQ+ violence — the physical and rhetorical kind — is a public health crisis, plain and simple. This epidemic of hate is hurting us, and it needs to be addressed by local, state, and federal officials.

In lieu of trying to convince you any further, I’m going to point you to verified fundraisers for Colorado Spring’s LGBTQ+ community. If there is one thing I’ve learned from queer and trans elders, it is that we keep each other safe.

Before you go, check out our favorite quotes about coping with grief and death: