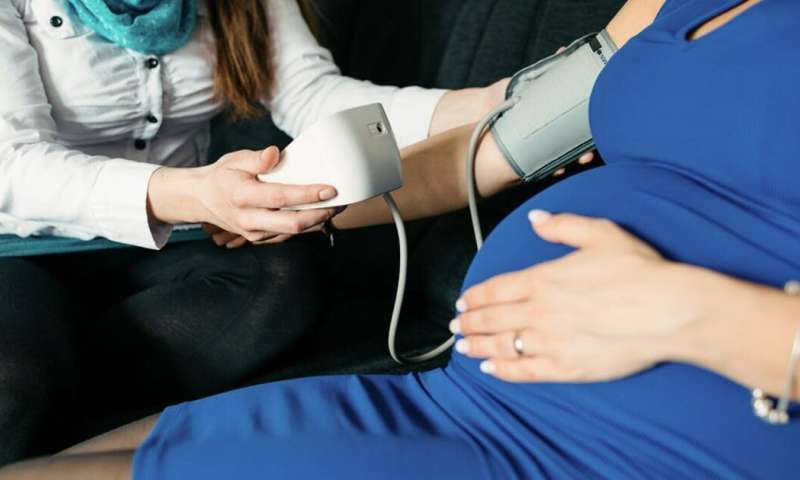 Pregnant women in the UK are now officially advised to consume no alcohol at all. These guidelines, from the Chief Medical Officer (CMO), were issued in January 2016, and replaced a previous recommendation that women should limit themselves to one or two units of alcohol, once or twice per week, and not get drunk.

But how widely were these more recent guidelines promoted, and how well did such an important message get passed on to mothers-to-be? In our recent study, we examined awareness and implementation among midwives. And our findings show that more than three years after the guidelines were published, only 58% said they were of aware of them.

There was also variation in what midwives thought the content of the CMO guidelines were. Alongside abstinence, some 19% believed it to be the same limit of units as before—a limit set in National Institute for Health and Care Excellence (NICE) guidelines.

Midwives told us that NICE guidelines are commonly used to inform their work. Since those were not updated to align with the government’s alcohol guidelines until December 2018, it is perhaps unsurprising that midwives gave mixed responses.

This might reflect what midwives told us in interviews about taking time to build a trusting relationship with women, and that bringing up the subject of alcohol later on was felt to be a good strategy.

Our survey also showed that after qualifying, midwives received little—if any—follow up training on alcohol. Nor is alcohol included in annual training updates, unlike smoking, which is.

This is an important gap, given the changes in guidelines over time. And it reflects what seems to be a missed opportunity to ensure that alcohol is prioritized within governmental maternal health policy.

The pressure in maternity care

In recent years, the public health role of midwives has become vastly more extensive. It covers a range of topics including antenatal screening, immunization, mental health and risks like smoking, alcohol and drug use.

Yet we found that while midwives acknowledged that public health is an important part of their role, they often feel limited by time constraints during antenatal appointments for women with uncomplicated pregnancies.

With a national staff shortage of midwives it’s hardly surprising that attending extra training sessions is a challenge in itself.

So, did the government succeeded with introducing their updated CMO guidelines in 2016? Our study suggests not, likely due to the NICE guidelines remaining unchanged for a substantial amount of time after the adjustment.

This does not mean that midwives did not advise abstinence as the guidelines recommended. But in order to ensure that a workforce that is under increasing pressure are aware of changes to guidelines, better communication is required.

The problem of lack of knowledge about drinking guidelines is not isolated to health professionals, of course. A study of the general population showed that while 71% were aware that general alcohol guidelines had been updated in 2016, only 8% knew what they were (a maximum of 14 units per week for both men and women spread over three days or more).