Antibodies produced from infection with SARS-CoV-2 501Y.V2 protect against other variants

As the coronavirus disease 2019 (COVID-19) pandemic continues to claim thousands of lives daily around the world, the pathogen responsible for it, the severe acute respiratory syndrome coronavirus 2 (SARS-CoV-2), continues to undergo mutational changes. A recent paper in the journal Nature shows that while earlier lineages do not elicit antibodies capable of efficiently neutralizing the newly emerged South African variant, SARS-CoV-2 501Y.V2 (B.1.351), the converse does occur. 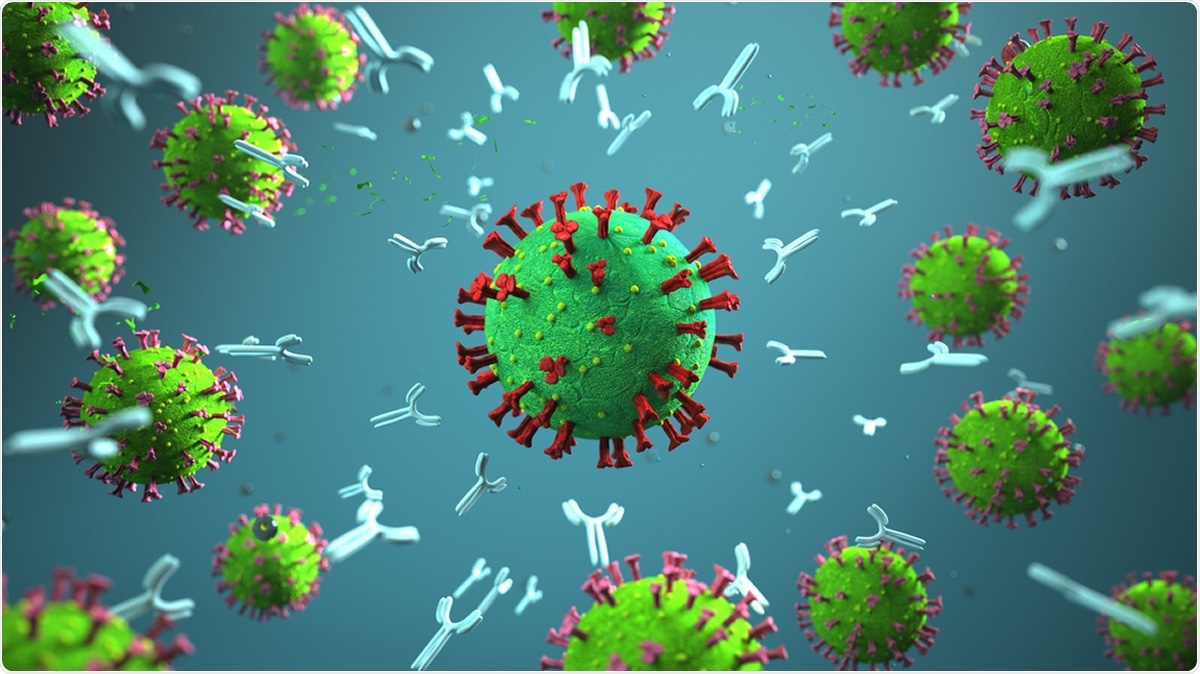 The constant occurrence of mutations in the various regions of the viral genome has led to the emergence of a multitude of variants, some of which have become global variants of concern (VOCs).

The SARS-CoV-2 501Y.V2 VOC is defined by the K417N, E484K, and N501Y mutations in the spike receptor-binding domain (RBD) as well as four substitutions and a deletion in the N-terminal domain (NTD). It was first sequenced in South Africa in October 2020 but rapidly spread to become the dominant variant in the region, comprising 97% of sequenced lineages by January 2021.

The RBD is the chief neutralizing antibody target, with the NTD a close second. The three RBD mutations in the 501Y.V2 variant are at the interface with the host cell receptor for the virus, namely, the angiotensin-converting enzyme 2 (ACE2). In fact, they form part of the antibody-binding epitopes for NAbs that block this virus-receptor binding.

In particular, the E484K mutation is at a residue closely involved in the binding of highly potent NAbs. This, along with other mutations, has been identified to confer immune escape capability on the virus. This resistance often occurs to an array of monoclonal antibodies.

This mutation was also found to emerge when the virus was passaged in the presence of convalescent plasma and was linked to markedly reduced neutralization. Mutations at this site were shown, by deep mutational scanning techniques, to be present in the most resistant variants.

South Africa has experienced two waves of infection with the virus, the first peaking in July 2020, caused mainly by the D614G variant. The second is, of course, almost entirely caused by the 501Y.V2 variant, with peak levels in January 2021.

Earlier studies show that the latter is resistant to polyclonal antibodies induced by vaccination or natural infection with other variants, though the extent of resistance varies with the strain. Significantly reduced vaccine efficacy was also reported in three trials held in this region during the second wave.

In the current study, using nasopharyngeal swabs and convalescent plasma (CP) from 14 participants, all of whom were infected in the first wave, the researchers found that 13 of the isolates were from earlier lineages without mutations in the RBD or NTD. One showed the E484K escape mutation but not the others that define the new variant.

They also sequenced samples from three second-wave participants, all caused by the current VOC.

In clinical trials with the Novavax NVX-CoV2373 subunit vaccine, the efficacy dropped from 89% to 49%, while there was no difference in infection rates between those who were seropositive and seronegative. In other words, earlier viral lineages did not protect against infection with the above VOC.

Again, with the Johnson and Johnson adenovirus vectored vaccine, the efficacy following a single dose was 75% in the US but only 57% in South Africa. The Oxford/Astra-Zeneca adenoviral vectored virus also showed only 10% efficacy against this VOC vs. 75% for the earlier variants, and this vaccine is currently not being used in this region.

Neutralization of 501Y.V2 vs. earlier lineages

When second-wave CP was tested against the same 501Y.V2 variant, effective neutralization occurred. This was also observed when the first-wave virus was assayed against second-wave CP, but not vice versa.

With increased antibody concentrations, the foci of virus growth became smaller. This may indicate that neutralizing antibodies inhibited viral propagation from cell to cell at such high titers.

Finally, plasma containing antibodies elicited by the E484K variant was much more effective at neutralizing both first-wave lineages and the second-wave virus compared to any other plasma samples.

Using the PRNT50 values, they found that the first-wave plasma cross-neutralization of this second-wave variant was markedly reduced to 41, indicating a drop by 3 to 42-fold, compared to homologous neutralization. The shining exception was the E484K variant, which had extremely high PRNT50 values for both earlier and current lineages.

The findings show that 501Y.V2 is equipped to escape antibody neutralization by antibodies produced against other variants of SARS-CoV-2. On the other hand, antibodies elicited by 501Y.V2 effectively neutralize both this variant and earlier lineages.

The cross-neutralization range was within the lower half of the range of neutralization elicited by the Pfizer mRNA vaccine. Given the high PRNT50 of second-wave plasma, this variant appears to be more immunogenic.

Thus, second-wave plasma is apparently capable of producing viral neutralization against earlier variants as well as 501Y.V2, comparable to that achieved by the polyclonal antibodies in second-wave CP.

Further research will be required to show if this pattern is repeated with other 501Y.V2 variants and whether the second-wave participants developed reinfection following an earlier infection in the first wave. There is no evidence of this from clinical or self-reported symptom data, and it is believed to be unlikely.

The level of correlation between plasma neutralization and mucosal protection also needs to be examined.

The low vaccine efficacy shown during the three vaccine trials may be traceable to the 501Y.V2 variant, which resists neutralization by antibodies to earlier lineages.

“If loss of vaccine efficacy proves to require vaccine redesign, the results presented here may be the first indication that a vaccine designed to target 501Y.V2 may also effectively target other SARS-CoV-2 variants.”