As few as 1 in 5 COVID cases may have been counted worldwide, mathematical models suggest 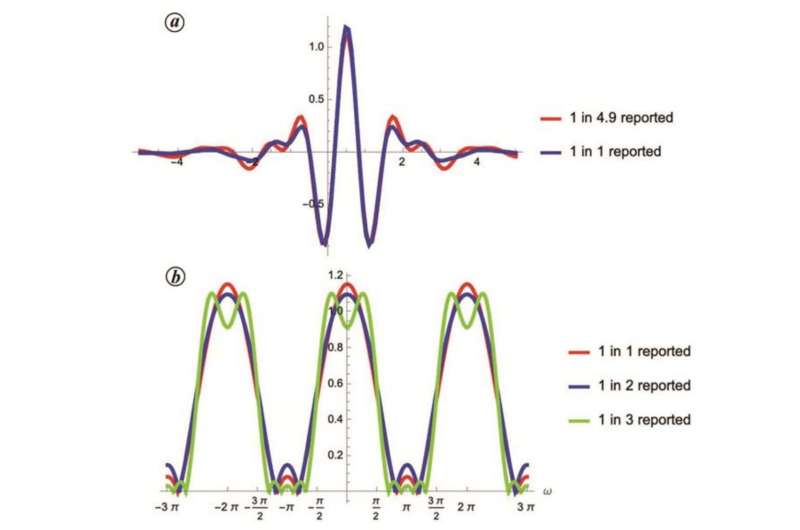 Mathematical models indicate that as few as one in five cases of COVID-19 which occurred during the first 29 months of the pandemic are accounted for in the half billion cases officially reported.

The World Health Organization reported 513,955,910 cases from Jan. 1, 2020 to May 6, 2022 and 6,190,349 deaths, numbers which already moved COVID-19 to a top killer in some countries, including the United States, just behind heart disease and cancer, according to the Centers for Disease Control and Prevention.

Still mathematical models indicate overall underreporting of cases ranging from 1 in 1.2 to 1 in 4.7, investigators report in the journal Current Science. That underreporting translates to global pandemic estimates between 600 million and 2.4 billion cases.

“We all acknowledge a huge impact on us as individuals, a nation and the world, but the true number of cases is very likely much higher than we realize,” says Dr. Arni S.R. Srinivasa Rao, director of the Laboratory for Theory and Mathematical Modeling in the Division of Infectious Diseases at the Medical College of Georgia. “We are trying to understand the extent of underreported cases.”

The wide range of estimated cases generated by their models indicate the problems with accuracy of reported numbers, which include data tampering, the inability to conduct accurate case tracking and the lack of uniformity in how cases are reported, write Rao and his colleagues Dr. Steven G. Krantz, professor of mathematics at Washington University in St. Louis Missouri and Dr. David A. Swanson, Edward A. Dickson Emeritus Professor in the Department of Sociology at the University of California, Riverside.

A dearth of information and inconsistency in reporting cases has been a major problem with getting a true picture of the impact of the pandemic, Rao says.

Mathematical models use whatever information is available as well as relevant factors like global transmission rates and the number of people in the world, including the average population over the 29-month timeframe. That average, referred to as the effective population, better accounts for those who were born and died for any reason and so provides a more realistic number of the people out there who could potentially be infected, Rao says.

“You have to know the true burden on patients and their families, on hospitals and caregivers, on the economy and the government,” Rao says. More accurate numbers also help in assessing indirect implications like the underdiagnosis of potentially long-term neurological and mental disorders that are now known to be directly associated with infection, he says.

The mathematics experts had published similar model-based estimates for eight countries earlier in the pandemic in 2020, to provide more perspective on what they said then was clear underreporting. Their modeling predicted countries like Italy, despite their diligence in reporting, were likely capturing 1 in 4 actual cases while in China, where population numbers are tremendous, they calculated a huge range of potential underreporting, from 1 in 149 to 1 in 1,104 cases.

Other contributors to underreporting include the reality that everyone who has gotten COVID-19 has not been tested. Also, a significant percentage of people, even vaccinated and boosted individuals, are getting infected more than once, and may only go to the doctor for PCR resting the first time and potentially use at home tests or even no test for subsequent illnesses. For example, a recent report in JAMA on reinfection rates in Iceland during the first 74 days of the omicron variant wave there indicates, based on PCR testing, that reinfection rates were at 10.9%—a high of 15.1% among those 18-29-year-olds—for those who received two or more doses of a vaccine.

The number of fully vaccinated individuals globally reached a reported 5.1 billion by the end of their 29-month study timeframe.