In a recent study published on the bioRxiv* preprint server, researchers assess the impact of extending the interval between primary and booster coronavirus disease 2019 (COVID-19) vaccine doses. 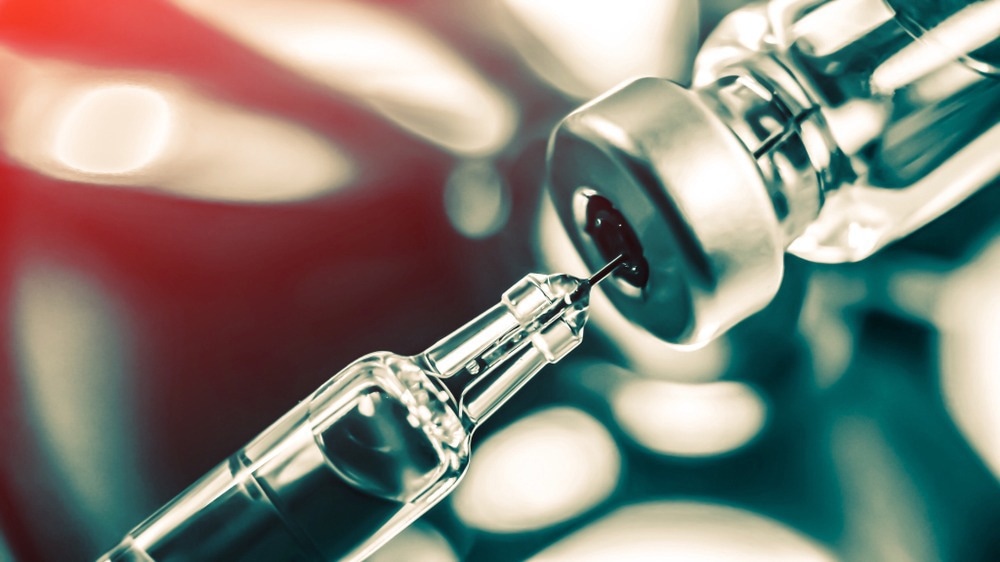 Given the emerging issue of vaccine scarcity and the considerable extent of protection elicited in non-high-risk individuals by the first vaccine dose, several public health agencies have implemented vaccine regimens with longer intervals between doses.

In the present study, researchers compared the B- and T-cell responses elicited by two COVID-19 mRNA vaccine doses when administered at an interval of three to four weeks as compared to a 16-week interval in SARS-CoV-2 naive persons.

The immune responses exhibited by two independent groups of healthcare workers (HCWs) vaccinated with two doses of COVID-19 mRNA vaccines were assessed. The two cohorts had different time intervals between prime and booster vaccinations. These included the long interval (LI) with a 16-week interval and the short interval (SI) cohort that had a three- to four-week interval between vaccine doses.

SARS-CoV-2-specific B-cells were evaluated by focusing on the SARS-CoV-2 spike (S) receptor-binding domain (RBD) to reduce the inclusion of B-cells that were cross-reactive with endemic coronaviruses. The magnitude of RBD-specific B-cells was also explored in the two cohorts.

Most of the participants did not have any signal corresponding to RBD-specific B-cells at baseline; however, B-cell responses were evident after priming with a single COVID-19 mRNA vaccine dose. These responses were similar for both SI and LI groups at the D1 time point.

Conversely, the second vaccine dose induced robust recall responses in the LI cohort at D2, while a plateau was noted in the SI group that led to significant statistical variations between SI and LI groups at D2.

RBD-specific B-cells were primarily IgG+ among LI participants at M2 and D2 time-points, whereas significantly lower IgG+ levels were observed in SI cohort members. Unswitched IgD+ and IgM+ RBD-specific B-cells were also reported after booster vaccination in the SI cohort at the M2 and D2 time points, with a higher proportion of IgM RBD+ B-cell responses identified in LI participants at D2.

For both study cohorts, the M2 and D2 time-points highlighted the dominance of an atypical double-negative (DN) CD27– and IgD–. Class-switched memory IgD CD27+ RBD-specific B-cells were also observed in the LI group at D2, which was reduced at M2. 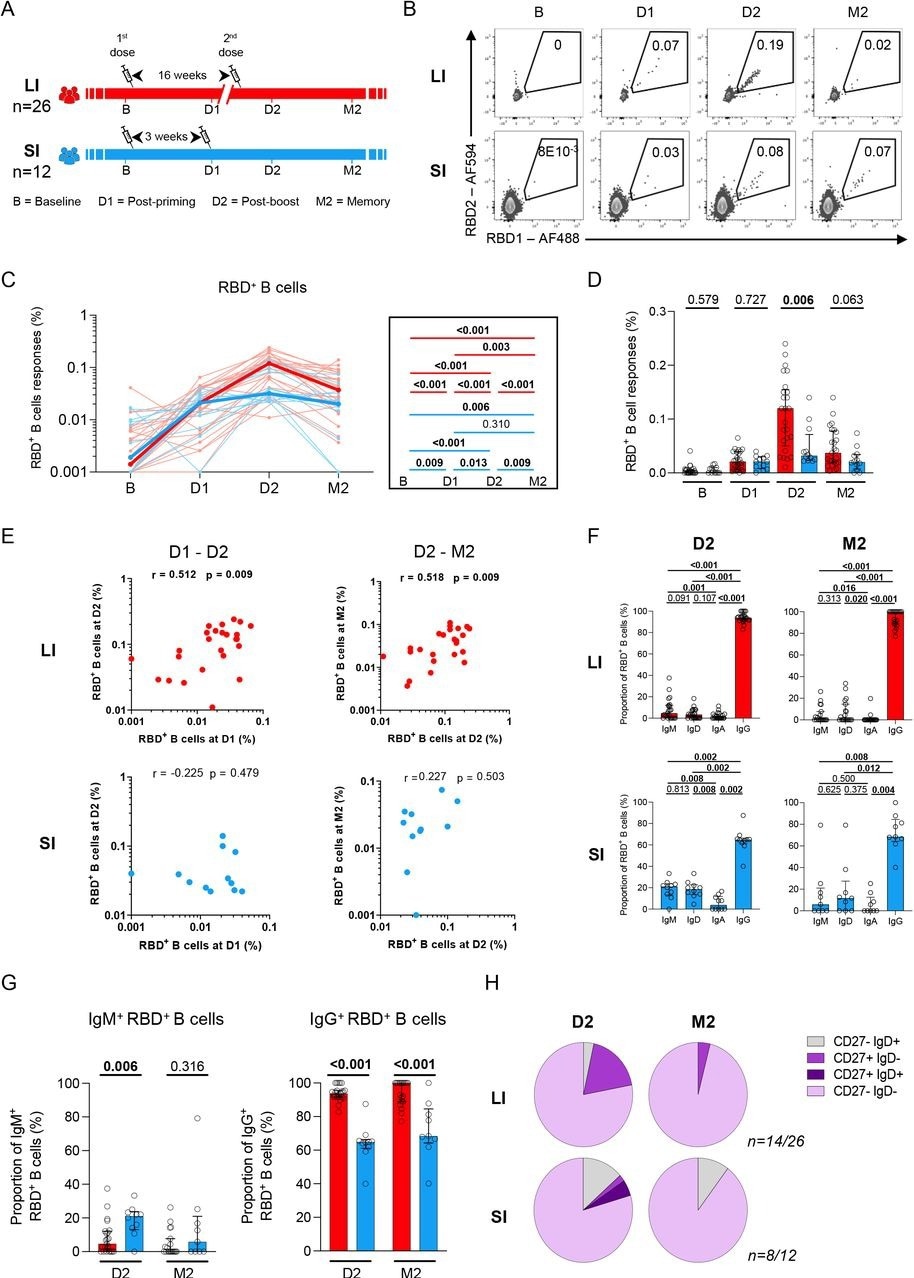 Notably, rare naive-like IgD– CD27+ were found in the LI cohort, while a higher number of IgD+ CD27– RBD-specific B-cells were identified in the SI cohort. This indicated that, in comparison to the standard SI regimen, more robust RBD+ B-cell responses were elicited when the second vaccine dose was administered 16 weeks after the first dose. A three-week interval also resulted in lower intensities of RBD+ B-cell responses that were related to a weaker association of early post-boost responses with memory responses.

Overall, the current study demonstrates that a 16-week interval between two consecutive mRNA COVID-19 vaccine doses enhanced the magnitude and maturation of SARS-CoV-2 RBD-specific B-cell responses. Although there may be a benefit to extending the interval between COVID-19 vaccine doses, further research is needed to determine whether this protection persists against new SARS-CoV-2 variants.

Bhavana Kunkalikar is a medical writer based in Goa, India. Her academic background is in Pharmaceutical sciences and she holds a Bachelor's degree in Pharmacy. Her educational background allowed her to foster an interest in anatomical and physiological sciences. Her college project work based on ‘The manifestations and causes of sickle cell anemia’ formed the stepping stone to a life-long fascination with human pathophysiology.