Body care products have the effect of in girls, an earlier beginning of puberty

Can Soaps and Shampoos puberty affect?

Many Adolescents nowadays come earlier in puberty than it was a few years ago. As doctors and experts raised the question of which such earlier puberty is triggered. Researchers found out now that some of the usual Soaps, Shampoos and other body care products can contribute in the case of adolescent girls to an earlier onset of puberty.

The scientists from the University of California, Berkeley found in their current study that some Soaps and other body care products could be the reason why girls always come earlier in puberty. The experts published the results of their study in the English-language professional journal “Human Reproduction”. 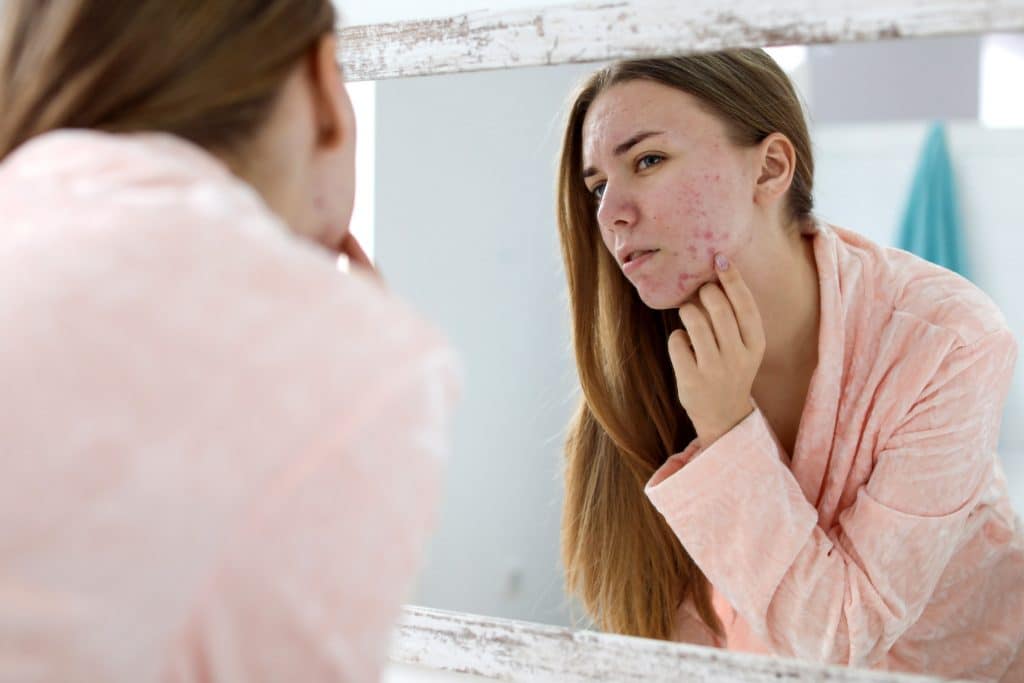 What are phthalates, parabens and phenols cause?

Certain chemicals referred to as phthalates, parabens and phenols, seem to have an influence on the onset of puberty in young girls. Some of the common Soaps, Shampoos and other body care products contain these substances. Affected products increase the risk for certain types of cancer and other development problems, you can also have the effect of an earlier occurrence of puberty in girls, reports of the experts.

What are those chemicals?

Parabens are used in products to Preserve and phenols are included for durability in personal care products. Phthalates are used in beauty products such as cosmetics, nail polishes and perfumes, in order to improve the appearance of the substance. It is believed that these chemicals are disruptors so-called endocrine because they may affect the natural hormone regulation of the body. This can cause young people an advanced reproductive tyres. This early signs of puberty occur in girls. Menstruation set in at such a girl, for example, between the ages of eight and eleven years.

Chemicals harm the child in the womb

The effects of these chemicals on female reproductive hormones are not limited to the direct consumers, but they can also harm female infants, whose mothers have used these products during pregnancy. It is important to understand these effects, because it is already known that the age at which puberty starts in girls, has decreased in the last decades. One hypothesis is that chemicals could play in the environment, and the latest findings support this idea, so the doctors. An earlier puberty in girls, increasing the risk of mental health problems and risk behavior as a Teenager. In addition, it increases the long-term risk for breast and ovarian cancer, explains study author Professor Dr. Kim Harley of the University of California, Berkeley.

Over 90 percent of the samples taken contained endocrine disruptors

The researchers monitored 179 girls and 159 boys medical from birth until puberty. The doctors took urine samples to measure the content of phthalates, parabens and phenols. They took also samples from the pregnant mothers even before the children were born. Over 90 percent of the samples contained these endocrine disruptors. Samples, which showed twice the concentration of phthalates, used to belong to girls that had much earlier pubic hair as it is for girls typical. Certain of the phenols resulted in an earlier occurrence of the first Menstruation of a month. Parabens seemed to have the most serious impact, what led to the girl’s Breasts about a month earlier, pubic hair and their first Menstruation.

In boys, no similar effects could be observed. Phthalates, parabens and phenols have been detected in 96 percent of the women in the study. It is without a doubt to prevent that it is simply in contact with these chemicals. (as)