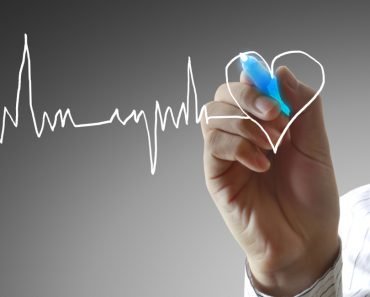 Boy, 4, Dies After His 'Lopsided' Smile Was Revealed to Be a Sign of His Inoperable Brain Cancer

When Jack Lacey smiled slightly crookedly his parents thought he the 4-year-old was being silly, tragically his “lopsided” smile turned out to be a warning sign that he had brain cancer.

On Monday, little Jack from Sheffield, England took his last breath while lying in his dad’s arms, his father Wesley Lacey wrote on GoFundMe.

Jack’s death comes exactly a year after he was first diagnosed with terminal brain cancer.

In February 2019, Jack’s parents began to notice a change in their son’s smile, according to Mercury News, The Sun and The New York Post reported.

At first, Wesley and Jack’s mother Rebecca Oldham thought nothing of the smile, writing it off as just something their son did to be funny, the family shared with Mercury News.

The family grew worried when the 4-year-old developed a blink and started having night terrors, Mercury News reported. Jack’s condition took an unexpected turn when he couldn’t even walk without using his hands to feel his way around.

Wesley further opened up about his son’s declining health on GoFundMe sharing, “Our boy had a couple of symptoms of what could have been anything, which we thought we should have checked out.”

After taking Jack to the doctor, Wesley explained that he and Rebecca learned that Jack had a large lesion and a mass on his brain. He was then diagnosed diffuse intrinsic pontine glioma — a group of aggressive brain tumors.

According to St. Jude Children’s Research Hospital about 10 percent to 20 percent of all childhood brain tumors are DIPG or brainstem gliomas.

The tumors are more common in children between the ages of 5 and 10 years old, but can occur at any age in childhood.

The survival rate for DIPG remains very low and there is no cure.

“The crazy thing is, the symptoms came about in the last 4 weeks, however, we’ve been told that the tumor has been growing for many months without symptoms,” Wesley wrote on GoFundMe at the time of Jack’s diagnosis.

Making the news all the more devastating, Wesley and Rebecca were told Jack’s tumors were inoperable.

“Our little Jack, our beautiful boy has this rare tumor and there’s no chance of operating and treatment will only stall the growth of this tumor,” Wesley wrote on GoFundMe.

However, as his condition continued to worsen, his parents decided to give him the best final days of his life.

“Our little boy deserves to spend as many days as he can, enjoying what time he has left. Day trips out, holidays, presents, meals out, the first time to the cinema, a dog,” Wesley wrote on GoFundMe, explaining his reason for starting the page.

On Feb. 10, Wesley revealed that Jack had died.

“Jack took his last breath of air surrounded by those most close to him, mummy Rebecca, Daddy Wes and sister Charlotte. He’d been struggling like crazy and it was absolutely horrific,” Wesley wrote.

“He fell asleep laid on his dad’s lap looking at photos with his mum and lottie of our adventures together,” Wesley added.

Wesley shared that the remaining funds raised will be donated to the Sick Children’s Trust — a charity that provides terminally ill children a place to stay and their families someone to talk to.