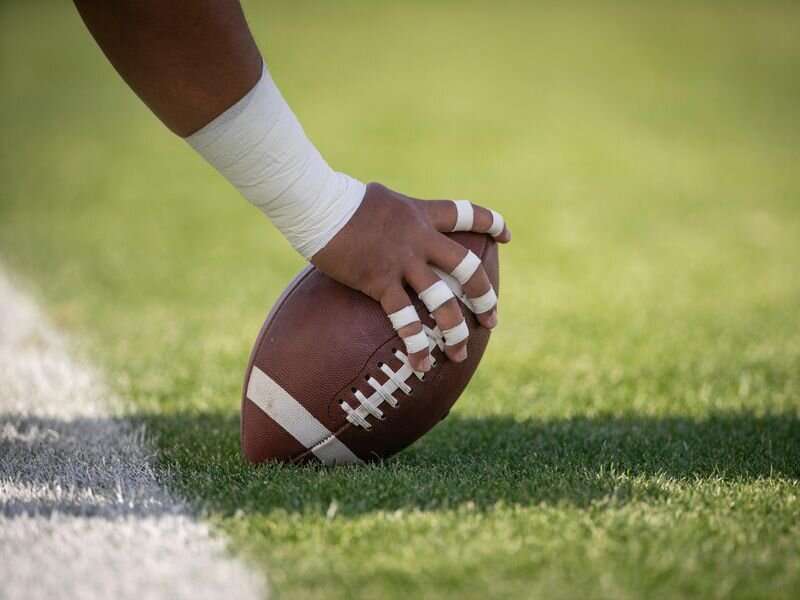 Buffalo Bills safety Damar Hamlin threw himself into the path of a Cincinnati Bengals ball carrier, taking a hard hit to the chest that sent both NFL players to the ground.

Hamlin, 24, stood to dust himself off, took two steps—and then fell flat on his back, limp and unresponsive.

Hamlin suffered a cardiac arrest following the tough tackle in Monday night’s game, officials now say. He received CPR on the field, and was in critical condition this morning at the University of Cincinnati Medical Center.

A cardiac arrest occurs when the heart suddenly and unexpectedly stops beating, according to the American Heart Association (AHA). More than 350,000 cardiac arrests occur outside a hospital in the United States every year, the AHA said in a news release.

About 9 of 10 people who suffer a cardiac arrest die, the AHA says. Survival depends on immediately receiving CPR from a bystander.

Cardiac arrest is not the same as a heart attack, which occurs when a blocked artery prevents blood flow to the heart muscle. Instead, a cardiac arrest is caused by a malfunction in the heart’s electrical system. The heart starts to beat irregularly at first, and then just stops. First aid involves CPR to keep the person alive until a defibrillator shocks the heart into restoring a normal heart rhythm, usually within a few minutes.

CPR can double or triple a cardiac arrest victim’s chances of survival, but bystanders perform CPR only 46% of the time, the AHA said.

Automated external defibrillators also have increased the chance a person can survive a cardiac arrest, by about 35%, according to the AHA. Defibrillation needs to be administered within 3 minutes for maximum benefit.

One type of cardiac arrest that could be at play in Hamlin’s case is commotio cordis—a lethal disruption of heart rhythm that can occur when a person receives a blow to the chest.

It’s a rare occurrence, but one that can affect anyone playing a contact sport, even if they’re wearing a chest protector, the AHA said. It is the leading cause of death in youth baseball in the United States, with two to three deaths a year, the association noted.