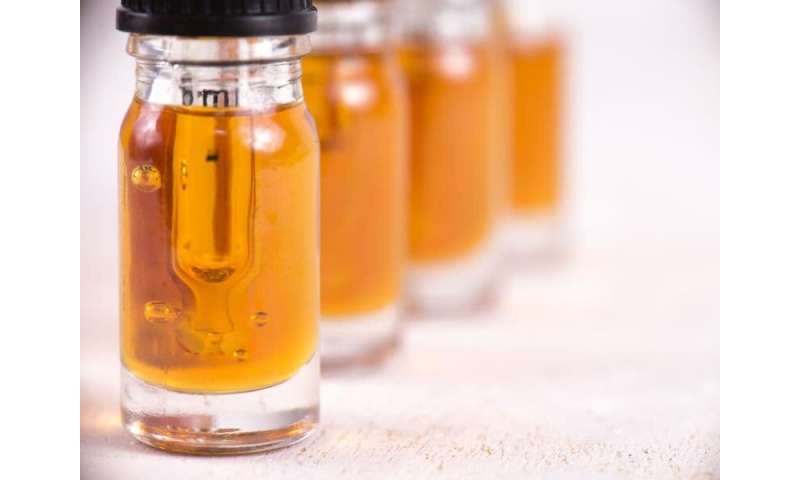 Kids treated with either a whole-plant cannabis extract or a pure combination of cannabidiol (CBD) and THC experienced a significant improvement in their symptoms, compared with a control group given a placebo, researchers said.

But parents of kids with autism should still wait for more data before trying to treat them with medical marijuana, warned lead researcher Dr. Adi Aran, director of the pediatric neurology unit at Shaare Zedek Medical Center in Jerusalem.

“Thousands of parents already are treating their kids with cannabis based on rumors of this study,” Aran said. “I don’t want it to be even more.”

For the study, 150 children with autism were put in one of three groups. One group received a placebo, another was treated with a whole-plant extract of marijuana, and the third received a pure blend of CBD and THC at a 20-to-1 ratio.

THC (tetrahydrocannabinol) is the compound that produces intoxication when one uses marijuana.

CBD is a compound in marijuana that does not produce intoxication, but does appear to interact with cannabinoid receptors in the brain. One CBD-based product, Epidiolex, has been approved by the U.S. Food and Drug Administration for use in treating epilepsy.

CBD has been shown to help anxiety in several studies, so researchers thought it might aid in treating behavioral problems in kids with autism, Aran said. These include acting out and violence towards others.

The THC was included in the pure blend because “we believe the THC might be important for improving the social deficits as well,” Aran said. “THC is known to impact the social area.”

The whole-plant extract included not only CBD and THC, but many other compounds also found in cannabis, Aran said.

The kids were treated for two four-week periods, with a four-week break in the middle.

Kids taking a cannabis extract improved 49% and 53% on two scales in which doctors and parents measure autism symptoms and disruptive behavior. That compared to 21% and 44% improvement, respectively, in kids on the placebo.

The children treated with marijuana also showed 50% improvement on a scale that tracks core autism symptoms, compared with 22% for kids taking the placebo.

However, children treated with marijuana were more likely to suffer from decreased appetite, sleepiness and disturbed sleep.

Simon Baron-Cohen is president of the International Society for Autism Research, and reviewed the study. “From the brief information, we must advise those considering this as a form of treatment to use caution, given the report of significant rates of unwanted side effects,” he said.

“The authors are to be commended for collecting this evidence and for transparent reporting of the results, since this allows parents and autistic people to make informed choices, understand risks and manage expectations,” Baron-Cohen added.

Researchers plan a follow-up clinical trial that will include more children from different countries, Aran said.

He cautioned against becoming too excited about this potential therapy.

“It’s not a miracle treatment,” Aran said. “It might be another tool in our toolbox.”