Can we rejuvenate aging brains? 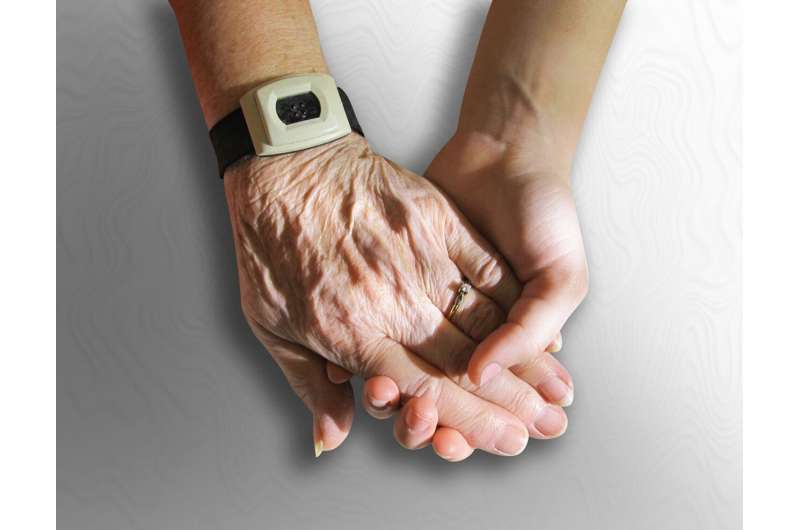 Neuroscientist Tony Wyss-Coray, Ph.D., has spent 20 years unearthing and examining various molecules with neuroprotective and neurodegenerative properties. These molecules are found in or on different cell types in the brain and on the blood vessels abutting it, or floating in the blood and the cerebrospinal fluid that bathes it. And they become increasingly important as we age.

Wyss-Coray and his colleagues have turned up substances in blood that can accelerate or slow down the brain-aging clock. They’ve identified proteins on blood-vessel surfaces through which some of these molecules can act on the brain, despite the existence of the blood-brain barrier. He’s even shown that older mice getting young mouse cerebrospinal fluid look and act younger.

I asked Wyss-Coray, the D. H. Chen Distinguished Professor of Neurology and Neurological Sciences and the director of the Phil and Penny Knight Initiative for Brain Resilience, to tie together his findings in the field of cognitive rejuvenation.

Tell us about aging-related cognitive loss.

Aging problems start to become tangible for most people above the age of 50 or 60, when we realize that retrieving the name of a person or a word at the tip of the tongue is not just the result of a bad day, but a manifestation of getting older—like wrinkles or graying hair. These memory lapses become more frequent, and we begin to speak slower in order to be able to replace missing words with others.

While it’s unclear how this normal age-related decline relates to more severe cognitive impairment and dementia, one-third of Americans above age 85 have symptoms of Alzheimer’s disease, and that number doubles over the next 10 years of life. Sadly, we have no tools to predict who will progress from forgetfulness to dementia.

Not everyone is destined to experience this downward trajectory, though. One in three centenarians seem to be resilient to cognitive decline. This provides hope and a springboard for studying brain aging and cognitive decline.

How did you come to research ‘young fluids’ as a means of cognitive rejuvenation?

Brain tissue is rarely available from living subjects, so we focused our research on spinal fluid and blood. These early studies, now more than 15 years ago, of fluids from older people with normal cognition and patients with Alzheimer’s were hampered by unreliable assays, but they showed us one thing: Overall age-related changes in the protein composition of blood were profound.

We confirmed that levels of large numbers of proteins changed significantly between people’s 20th and 90th year of life. Because age is, by far, the most important driver of risk for Alzheimer’s disease and other neurodegenerative diseases, the question became whether the changes we observed were a cause of brain aging, or a consequence.

To find out, we resorted to a method that former Stanford Medicine professor of neurology Tom Rando, MD, Ph.D. (now at UCLA), whose lab was right next to mine, was using to study aging of muscle stem cells: surgically conjoining the circulatory systems of a young and an old mouse, so that the animals share their blood.

What we observed was striking: Old mice exposed to the blood of their young partner showed multiple signs of rejuvenation, including an increase in number of certain types of neurons, increased neuronal activity and a reduction in brain inflammation.

When we treated old mice with repeated intravenous infusions of young plasma (the liquid fraction of blood), these mice became smarter, performing more like young mice on multiple cognitive tests. Conversely, young mice exposed to aged blood or treated with aged plasma experienced accelerated aging of the brain and a loss of cognitive function.

Are these findings applicable to humans?

The findings have, in part, been translated to humans. In clinical trials, infusions of young plasma have produced significant benefits in Alzheimer’s patients. In a placebo-controlled, double blinded clinical trial (conducted by others), removing plasma and replacing it with plasma rich in albumin from young donors resulted in significant functional improvements in patients with Alzheimer’s. This implies that the blood-exchange mouse experiments may be relevant to people and that blood plasma may hold the secret to rejuvenation.

You and your colleagues have identified numerous substances and proteins found in various body fluids and tissues, all acting at different sites to enhance the youthfulness of different types of cells in the brain. Can you explain how so many diverse substances, cell types and processes seem to produce similar results?

Biology is a complicated web of interconnected systems. There are several hundred thousand nodes in this network we call a biological organism, including proteins, sugars, lipids and metabolites. Each one of these components fulfills a function honed by evolution; sometimes it’s essential and irreplaceable, but often it’s redundant.

Imagine a flight map over the U.S. including all carriers and consisting of hundreds of connection points, some more important than others. The network helps the economy run by bringing goods and people from one place to another. Removing some nodes could cause the system to collapse, while others can be put out of service with little impact.

Some of the most successful drugs—such as that workhorse anti-inflammatory, aspirin—have turned out to target multiple biological pathways across many different cell types and tissues. Young plasma or spinal fluid—nature’s cocktails—seem to contain dozens of beneficial proteins and likely other kinds of molecules, and may well remain the most powerful elixir.

In mice, at least, it seems possible to achieve therapeutic benefits using individual protein factors we’ve identified. One protein may be particularly useful for delaying muscle loss, while another may boost brain function.

What can we all be doing in the here and now to keep our brains in shape?

Stress appears to be the biggest source of damage we can inflict on our bodies. It not only leads to physical symptoms such as high blood pressure, chest pain, digestive problems and sleep disruption; it also weakens the immune system and contributes to inflammation, possibly accelerating the aging process. Chronic stress is a key source of psychiatric manifestations and unhappiness.