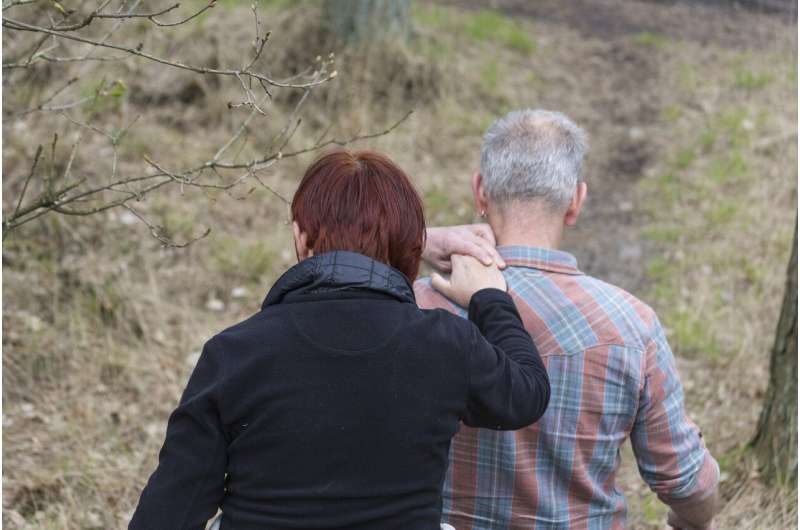 Caregivers of people living with dementia are treated negatively by others and face discrimination, finds a new study led by UCL researchers.

The research, published in BJPsych Open found that on top of known challenges experienced by caregivers, those who look after someone living with dementia also become stigmatized.

For the first time, researchers asked 70 family caregivers of people living with dementia to complete the FAMily Stigma Instrument (FAMSI), a measuring tool which considers how caregivers feel and what they believe people think about them. They also collected details such as the caregivers’ age and gender.

The results showed that over two thirds of caregivers experienced being treated negatively by others when they were with the person living with dementia (71.4%), were no longer invited to family or social events (68.6%), and were avoided in friendship circles (68.5%)

Caregivers also reported that people stopped going to their house (78.6%) and were more likely to treat them negatively, especially when in public (50.4%)

Dr. Jem Bhatt (UCL Psychology & Language Sciences) said, “Family caregivers save our economy £13.9 billion every year, yet our efforts to understand the cost of stigma on their lives has been minimal.

“Being treated negatively by others and discriminated against, in other words experiencing stigma, is a common experience for many family caregivers of people living with dementia and has been identified as a global priority.

“How we respond to this challenge will determine the well-being of caregivers in an ever-changing society, which relies heavily on family caregivers.”

The FAMSI also gave researchers the opportunity to ask caregivers about the positive aspects of their role too. Approximately half of participants said that being a caregiver made them feel needed (54.3%) and allowed them to form friendships with others in a similar situation (64.3%).

As the population continues to age both in the U.K. and worldwide, the number of people living with dementia is set to rise sharply over the next 20 years. Consequently, more people will care for a family member with the condition.

Researchers believe that measuring the impact of stigma on caregivers will enable them to help combat the issue in future. For example, they hope to test if the FAMSI can be used in an NHS setting as a way of identifying caregivers who require extra support around stigma, so that their needs can be identified and addressed.

Other potential uses of the FAMSI could be to develop interventional programs to reduce the experience of stigma and produce training and awareness materials to help third sector staff, health professionals, friends, and other family members to make caregivers’ lives more pleasant.

Dr. Bhatt said, “Stigma is a global priority because it has severe consequences for well-being. Caregivers in our study felt stigmatized and we need to take the negative effects of stigma for them seriously, such as being excluded and feeling isolated.