Childbirth at 50 is as safe as 40: Study finds no increase in risks

Childbirth at 50 is as safe as 40: Study finds no increase in risks to the mother and baby

Childbirth may be no more dangerous for over-50s than women in their 40s, a new study suggests.

While it’s plausible for a woman to naturally conceive in her 40s, mothering after 50 was almost unheard-of before egg-freezing and fertility treatments.

Now, it is possible to delay childbirth beyond the scope of natural means, but there is limited research on the risks for mothers over 50 and their babies.

According to a new small study on live births in Israel, there is no significant jump in risk.

Data on 242,771 births at a university hospital in Be’er Sheva, a city in the middle of the Negev desert, found childbirth risks do jump drastically once a mother passes 40. But after 50, there is barely any change.

The researchers say this means ’50 is the new 40′, and that the findings should be heartening for obstetricians across the world, who will be seeing more and more older mothers as fertility treatments become more accessible. 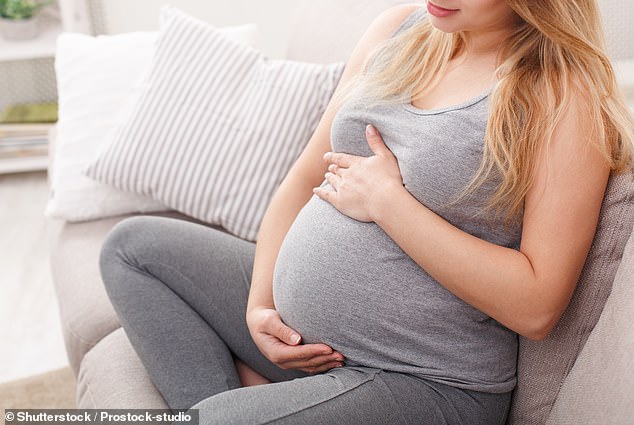 A study on 242,771 births in Israel found risks increase once a woman passes 40. But from thereon out, the risks stayed relatively stable. Women over the age of 50 did not have significantly higher risks than women in their 40s

‘It turns out that 50 is the new 40 when it comes to childbirth,’ lead author Dr Eyal Sheiner, director of the Department of Obstetrics and Gynecology at Soroka University Medical Center, said.

‘There is no doubt that medical teams will need to handle increasing numbers of birth for women over age 50.’

They looked at a few major risk factors to determine how things differed for women in various age groups: hypertensive disorders and gestational diabetes in the mother, whether it was a preterm and/or C-section delivery, the rate of perinatal mortality, and a child’s Apgar score (their overall health at birth).

After 40, the risk of a mother having health issues doubled.

But after 50, it dropped or stayed level. Hypertensive disorders affected 8.8 percent of women over 50, and gestational diabetes affected 16.2 percent of over-50s.

There could be selection bias.

Miscarriage rates are high in older mothers, which this study does not analyze. It could be that the the few over-50s in this study made it to term because they had rates of diabetes and hypertension similar to a 40-something.

However, the researchers say the findings still offer important insight for obstetricians because this is likely a reflection of the over-50s in most delivery rooms today.

The study also found perinatal mortality was more common in over-50s than any other age group (affected 1.5 percent of births to mothers over 50, compared to 0.5 under-40s), and the child’s overall health score was lowest in the oldest bracket.