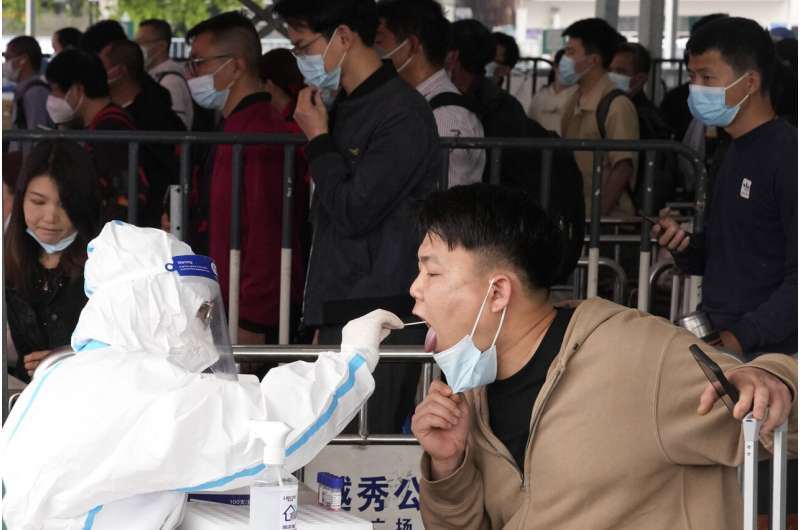 China continues to battle its worst COVID-19 outbreak, driven by the omicron variant, with health officials on Friday calling the situation “severe and complex.”

The country has counted more than 56,000 cases since March 1, according to national health officials, who gave a press briefing Friday. More than half of those cases have been recorded in northeastern Jilin province and include asymptomatic cases as well. The numbers do not include Hong Kong, which tracks its COVID-19 data separately.

China continues striving to “achieve dynamic zero-COVID in the short term, as it is still the most economical and most effective prevention strategy against COVID-19,” said Wu Zunyou, an infectious disease expert at China’s Center for Disease Control.

“Only by doing dynamic zero-COVID can we eliminate the hidden dangers of the epidemic, avoid the run on medical resources that may be caused by large-scale infections and prevent a large number of possible deaths of the elderly or those with underlying diseases,” Wu added.

The “zero-COVID” strategy relies on lockdowns and mass testing, with close contacts often being quarantined at home or in a central government facility. The strategy focuses on eradicating community transmission of the virus as quickly as possible, sometimes by locking down entire cities. 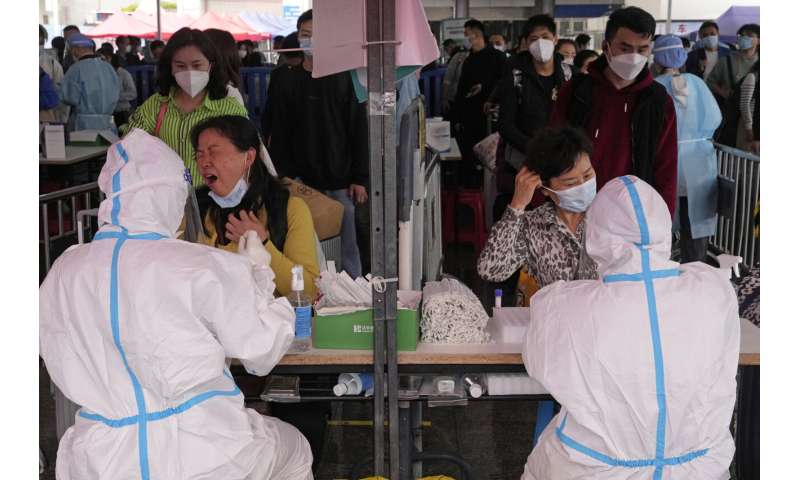 Last week, Chinese President Xi Jinping acknowledged the toll of the stringent measures, saying China should seek “maximum effect” with “minimum cost” in controlling the virus. Since then, officials have emphasized that they will ensure their approach and restrictions are targeted.

For example, authorities adjusted mass testing measures so they don’t involve entire cities and are targeted instead at specific neighborhoods or areas, in line with where the virus turns up, Jiao Yahui, a senior official with the National Health Commission, said at a press briefing Tuesday.

Health officials are especially concerned about people aged 60 and older and spent much of Friday’s press briefing urging people to get vaccinated.

National data released last week showed that over 52 million people aged 60 and older have yet to be vaccinated with any COVID-19 vaccine. 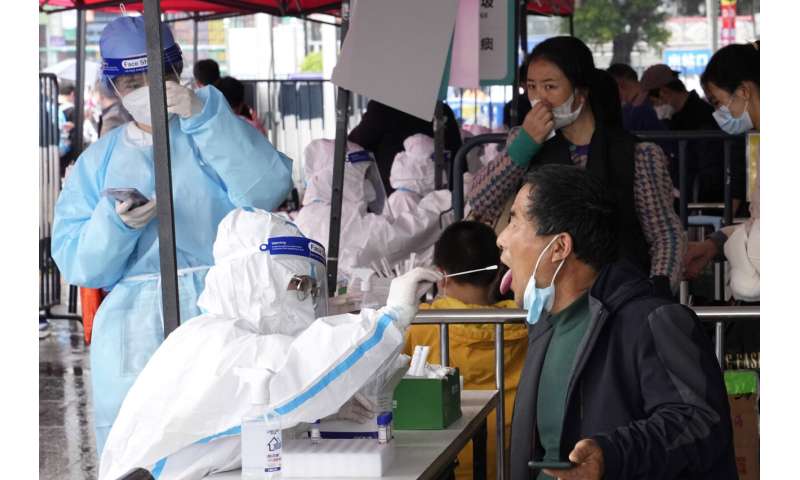 The situation in Hong Kong has highlighted the importance of vaccinating the elderly people. The daily death toll in the semi-autonomous region remains above 200, according to Wu, the CDC official. A vast majority of Hong Kong’s COVID-19 deaths have been among those who are not fully vaccinated, with many in the elderly population.