Living near a park could add years to your life! City dwellers whose homes are close to green spaces are less likely to die young ‘because they have cleaner air and exercise more’

Living near a park may slash your risk of an early death, according to the biggest ever review of the evidence.

Results showed adults who lived near green spaces were significantly less likely to die young from any cause, including heart disease, cancer and dementia. 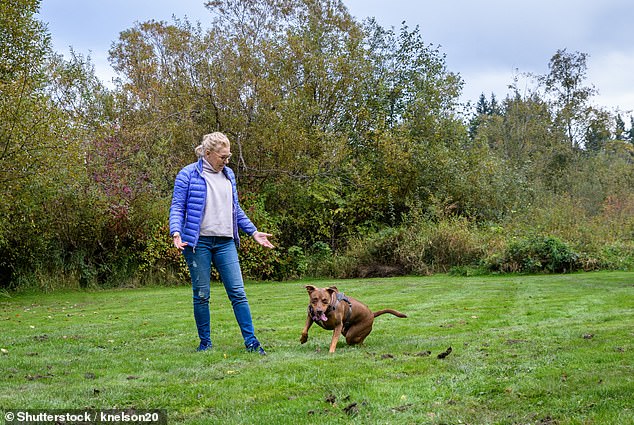 These benefits are also good for mental health and stress levels, said the Barcelona Institute for Global Health-led academic team.

They have now called for more shrubs, plants and trees to be planted in urban areas on the back of the findings.

Researchers at the University of California, Los Angeles (UCLA), found that children in the state who grew up within a third of a mile of a park were at a lower risk of becoming obese by age 18 and were less at-risk for chronic health problems later in life.

After a review of studies on California parks and human health, they concluded parks may offer a free, untapped resource for millions of Californians and city dwellers on the whole.

One of these studies surveyed 80,000 California households about their mental health, stress and financial circumstances.

They found that regardless of how poor or wealthy those families were, the ones that lived close to a park or green space were less distressed.

Their analysis also suggested teens that live near parks may take advantage of them for exercise.

One of the studies found that nearly 30 per cent more teenagers spent an hour or more doing some form of physical activity five days a week when they lived near parks and green spaces.

The study authors surmise that that meant less screen time for the teenagers living near parks, too, which may offer mental health benefits for them.

The studies that were reviewed included people from seven different countries – the US, Canada, Spain, Italy, Australia, Switzerland and China.

The researchers used satellite images to measure the distance between participants’ homes and green spaces and cross-referenced it with their health records.

The studies tracked the participants for several years. Results were published in the journal The Lancet Planetary Health.

They found that for every two per cent increase in greenness within 500 metres of their home, there was four per cent lower chance of an early death.

Lead author David Rojas, researcher at the Barcelona Institute and Colorado State University, said: ‘This is the largest and most comprehensive synthesis to date on green space and premature mortality.

‘The results support interventions and policies to increase green spaces as a strategy to improve public health.’

The research team – which involved experts from the World Health Organization – are currently applying the results to estimate the number of premature deaths that could be prevented in cities around the world.

Mark Nieuwenhuijsen, director of the Urban Planning, Environment and Health Initiative at the Barcelona institute said: ‘Urban greening programmes are not only key to promoting public health, but they also increase biodiversity and mitigate the impacts of climate change, making our cities more sustainable and livable.’

Last year a study of 408 people in the US found trees, bushes and plants reduced the risk of cardiovascular disease.

Over five years those whose homes were surrounded by more greenery were less likely to suffer a stroke, heart attack or high blood pressure.

Trees are particularly good at filtering air pollutants such as ozone, sulphur dioxide, nitrogen oxides and particulate matter, which come from cars and roadworks.

The UK government has said natural environments could act as a vital resource for improving health and well-being.