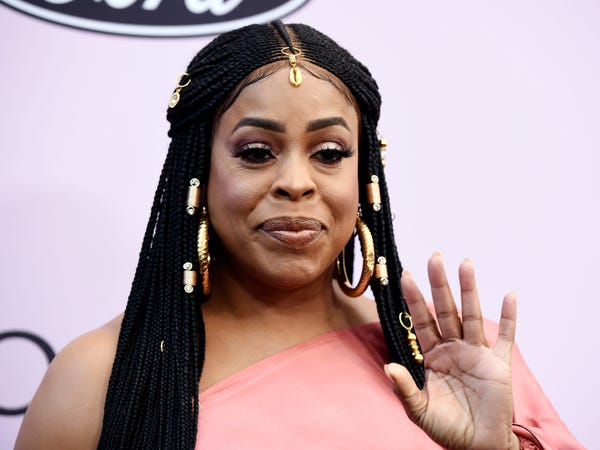 "Claws" actress and comedian Niecy Nash came out as queer on social media and announced her marriage to singer Jessica Betts.

Nash posted a picture on social media of the two walking down the aisle, Nash in a white mermaid style wedding dress and Betts in a white pair of slacks with a matching button-down shirt and vest.

"Mrs. Carol Denise Betts 💍 @jessicabettsmusic #LoveWins🌈," Nash captioned a photo on Instagram. Betts captioned the same photo on her Instagram "I got a whole wife."

While Nash never openly discussed her sexuality, she did say her divorce from Tucker helped her own her truth.

"Trust that it is so much easier to walk in your truth than it is to run towards a lie," Nash said at the 2020 Essence Black Women in Hollywood Awards Luncheon, according to People. "Make a decision about what you now know. You gotta own the part you play, that's important. You gotta forgive yourself and others."

Nash and Betts kept their relationship private over the years, becoming close friends after she married Tucker.

Jennifer Lopez opened up about her transgender relative Brendon, describing them as her 'nibling'