Children will be among the worst sufferers from a he rise in infectious diseases, the study said, pointing out that cholera is rising 3 per cent a year in India since the early 1980s with climatic suitability for Vibrio bacteria, which cause the disease. 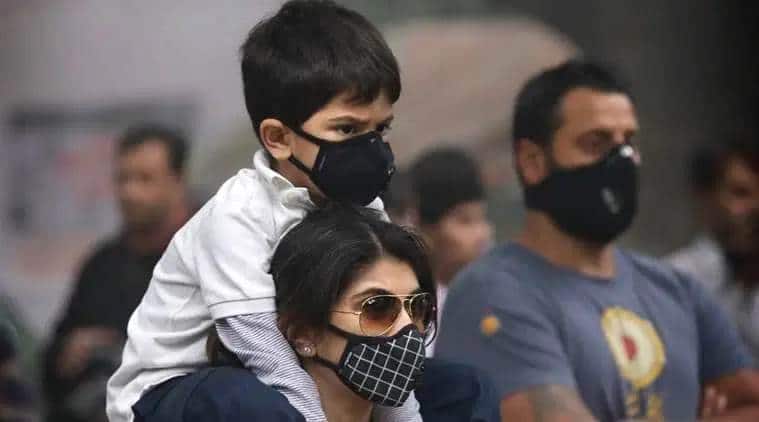 Rising temperatures due to climate change and air pollution could undo India’s hard-earned public health gains of the last two decades, according to a new study in The Lancet.

Children will be among the worst sufferers from a he rise in infectious diseases, the study said, pointing out that cholera is rising 3 per cent a year in India since the early 1980s with climatic suitability for Vibrio bacteria, which cause the disease.

As temperatures rise, infants will be vulnerable to malnutrition and rising food prices. The study said average yield potential of maize and rice has declined almost 2 per cent in India since the 1960s, and malnutrition is already responsible for two-thirds of under-5 deaths.

Throughout their adolescence, it forecast, the impact of air pollution will worsen — total energy supply from coal increased 11 per cent in India between 2016 and 2018, and dangerous levels of outdoor fine particulate air pollution (PM 2.5) contributing to over 5,29,500 premature deaths in 2016, over 97,400 of these resulting from coal.

Poornima Prabhakaran from the Public Health Foundation of India, co-author of the study, said: “With its huge population and high rates of healthcare inequality, poverty and malnutrition, few countries are likely to suffer from the health effects of climate change as much as India. Diarrhoeal infections, a major cause of child mortality, will spread into new areas, while deadly heatwaves, similar to the one in 2015 that killed thousands of people in India, could soon become the norm.”

Why India has to move off coal

She said: “Over the past two decades, the Government of India has launched many initiatives and programmes to address a variety of diseases and risk factors. But this report shows that public health gains achieved over the past 50 years could soon be reversed by changing climate.”

The ‘Lancet Countdown on Health and Climate Change’ is a comprehensive yearly analysis tracking progress across 41 key indicators, demonstrating what action to meet Paris Agreement targets – or business as usual – means for human health. The project is a collaboration between 120 experts from 35 institutions, including the World Health Organization (WHO), World Bank, University College London, and Tsinghua University, Beijing.

Extreme weather events, the report points out, will intensify into adulthood, with India seeing an additional 21 million people exposed to wildfires between 2001 and 2004, and 22 billion additional hours of work lost due to extreme heat since 2000 (12 billion in agriculture).

The authors call for health impact of climate change to be at forefront of the agenda at the UN Climate Conference (COP25) next month.

Nick Watts, executive director, The Lancet Countdown, said, “Children are particularly vulnerable to the health risks of a changing climate. Their bodies and immune systems are still developing, leaving them more susceptible to disease and environmental pollutants. The damage done in early childhood is persistent and pervasive, with health consequences lasting for a lifetime.”

Dr Sundeep Salvi, director, Centre for Respiratory Disease, and one of the experts on the national steering committee to find solutions to air pollution, told The Indian Express, “This report is a loud wake-up call for the world, and India in particular.” Dehydration, mental ailments, respiratory infections and obstructive airways disease have been reported due to climate change, and India seems to be doing very little in terms of developing a national action plan on climate change, he said.