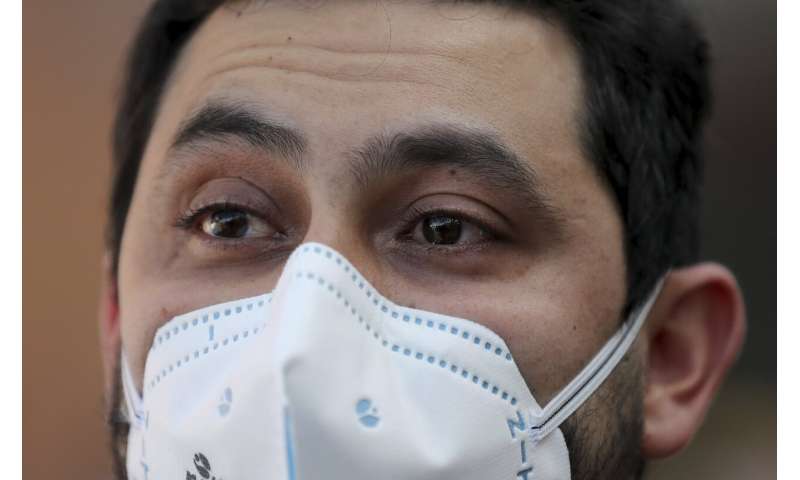 Colombia reached 1 million confirmed coronavirus cases on Saturday, becoming the second country in Latin America to report that number in less than a week.

The nation of 50 million saw cases peak in August and has seen a decline since but still continues to register around 8,000 new infections a day.

Epidemiologists expect to see another marked increase by the end of the year, a prognosis that has put medical workers like nurse Freddy Harvey Rodríguez and his doctor son at one of Bogota’s largest hospitals on edge.

“The fear is it’s going to be worse,” Rodríguez said on a recent afternoon.

Argentina hit 1 million confirmed cases on Monday and Peru and Mexico are expected to reach the grim marker in the weeks ahead. Brazil ranks third worldwide in the number of virus cases and passed 1 million infections back in June.

Colombia has become the eighth country to hit 1 million confirmed coronavirus cases. Besides Argentina and Brazil, the others are the United States, India, Russia, France and Spain, according to Johns Hopkins University data.

Overall, Latin America continues to register some of the highest caseloads, diagnosing more than 100,000 confirmed infections each day, though the World Health Organization reports that Europe is now seeing even larger numbers as a second virus wave strikes. 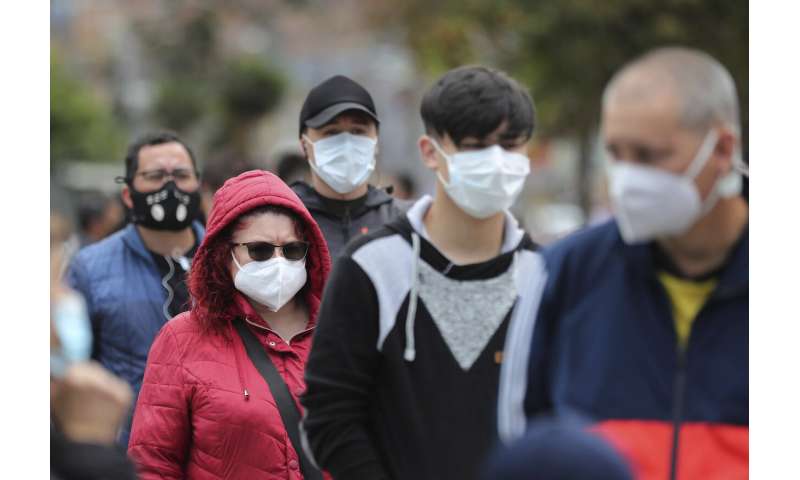 Experts say the region is experiencing a table-top like effect in which cases remain relatively high instead of dramatically dropping. In a number of countries, the virus has begun spreading to areas that had previously registered relatively few cases.

“The behavior of the virus is different,” said Dr. Luis Jorge Hernández, a public health professor at the University of the Andes in Colombia. “It’s not big resurgences but new outbreaks.”

In Colombia, a six-month lockdown helped slow contagion and gave officials time to expand the number of ICU beds. While cases rose dramatically in Bogota, stretching hospital capacity, the city has managed to avoid the sorts of dire scenes seen elsewhere in the region of patients lined up outside hospitals, struggling to find a bed.

Nonetheless, the cost has been high: Nearly 30,000 people have died, including a number of medical workers like colleagues of Rodríguez. One count by a medical association estimates that nearly 200 physicians and other workers have died.

Rodríguez said his son spent over $100 buying him protective gear at the start of the pandemic. The pair still worry about getting sick. Both work at Bogota’s Kennedy Hospital, which is located in a sprawling working-class neighborhood. The area has the highest total number of cases anywhere in the bustling capital. 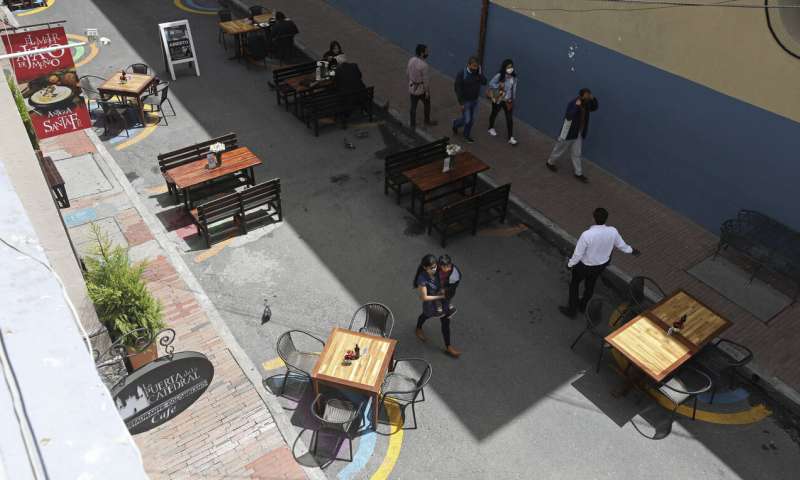 Dr. Camilo Rodríguez said he arrives to work in one uniform and changes into another when he treats COVID-19 patients. He lost a close friend and mentor to the virus and fears spreading it to his family.

As an extra precaution, he showers at the hospital before going home.

“Infecting myself would be infecting my family,” he said.