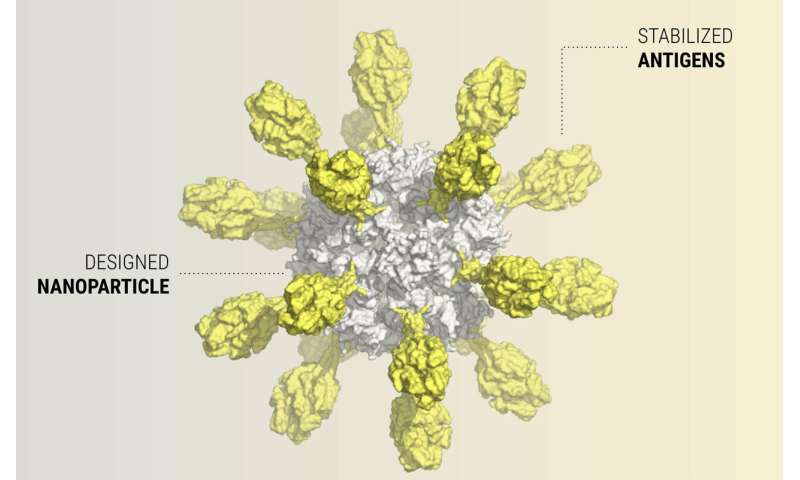 A first-of-its-kind nanoparticle vaccine candidate for respiratory syncytial virus has been designed in an international research effort. RSV is second only to malaria as a cause of infant mortality worldwide. The new vaccine elicits potent neutralizing antibodies against RSV in both mice and monkeys. The animal research findings, reported March 7 in the journal Cell, pave the way for human clinical trials.

RSV infects nearly all children by the age of three. Infection typically causes mild symptoms, but can be more serious in newborns, immunocompromised individuals and the elderly. In the United States, RSV is the leading cause of pneumonia in babies under a year old.

According to the National Institute for Allergy and Infectious Disease, RSV is responsible for an estimated 64 million infections and causes 160,000 deaths globally each year. About 99 percent of the RSV deaths occur in developing countries. After considerable research, several vaccine candidates are in preclinical or clinical testing. As yet no RSV vaccine is ready for use in disease prevention.

“It has historically been challenging to produce an RSV vaccine that is both safe and effective, but exciting new vaccine design strategies continue to emerge,” said Brooke Fiala, a research scientist at the University of Washington School of Medicine’s Institute for Protein Design and a lead author of the study. “We hope to move this vaccine candidate into clinical trials soon and to continue producing vaccines for other diseases as well.”

Just as a leather soccer ball is stitched from geometric patterns, the new vaccine’s core is a computer-designed nanoparticle made of different parts shaped like pentagons and triangles. Each nanoparticle is more than ten million times smaller than a poppy seed. The outsides of these nanoparticles were fitted with inert RSV proteins to create the vaccine. 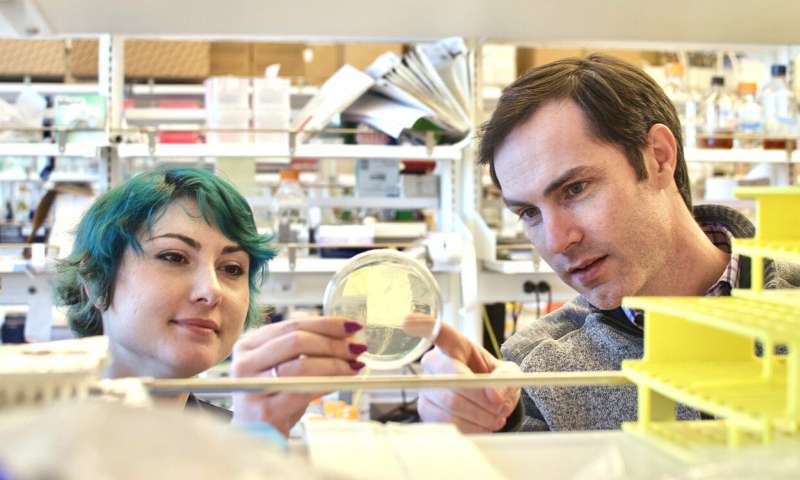 The March 7 Cell paper authors report that the nanoparticle vaccine based on DS-Cav1 was ten times more potent than DS-Cav1 alone. This finding suggests it may translate into a more effective vaccine with more durable protection.

Nanoparticles are already known to give vaccines a boost. Their use in this study is part of a larger trend called structure-based vaccine design. Recently, scientists have repurposed natural nanoparticles to create experimental vaccines for HIV, hepatitis C, and other diseases, according to a Feb. 8, 2019 Science perspective by John T. Wilson of Vanderbilt University. Using computationally designed protein nanoparticles, however, allows for much more control over important vaccine properties, such as overall size, stability, and the number of antigens presented to the immune system.

“This is the first of many vaccine candidates we have made using this technology,” said senior author Neil King, assistant professor of biochemistry at the UW School of Medicine. By swapping out the proteins along the outside of the nanoparticle, King and his team hope to create new vaccines candidates for HIV, malaria, and even cancer.

“We believe that computationally designed nanoparticle vaccines will ultimately be simpler to manufacture and more effective than traditional vaccines,” said King. “We will continue to develop this technology so that we and others can make new vaccines better, cheaper, and faster. We are excited to work with our many partners and collaborators to translate our work in the lab into actual vaccines that go out into the world and, hopefully, save lives.”

The RSV vaccine team was led by researchers at UW Medicine and the Institute for Research in Biomedicine in Bellinzona, Switzerland. It also included scientists from Fred Hutch Cancer Research Center in Seattle, Karolinska Institute in Stockholm, Sweden; Vaccine Formulation Institute in Godalming, United Kingdom; European Virus Bioinformatics Center in Jena, Germany; the Vaccine Formulation Laboratory at the University of Lausanne, Switzerland; and the Institute of Microbiology at the Swiss Federal Institute of Technology (ETH Zurich), Switzerland.