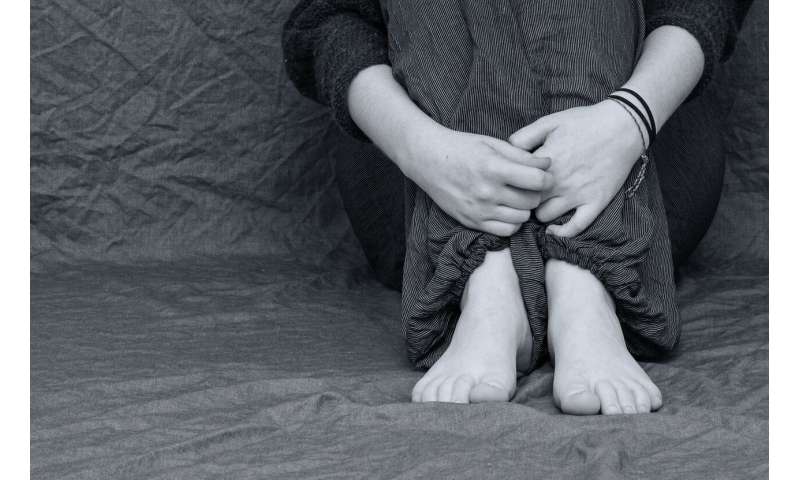 More than 70 percent of teenage girls who are risky drinkers report unwanted sexual attention from other drinkers—just one of a multitude of harms young people experience from ‘second-hand drinking’, according to new Australian research.

The study in the latest issue of Public Health Research & Practice, published by the Sax Institute, sheds light on the compounding effects of risky drinking in young Australians, identifying for the first time a range of specific harms teenage consumers of alcohol experience at the hands of other drinkers.

The research—involving 3465 Australian teenagers who consume alcohol at risky levels for their age and gender—found girls and young women were at substantial risk of seven specific harms from others’ drinking, mostly concerning fear and harassment. These included receiving unwanted sexual attention (71 percent of female participants); being harassed in a public place (42 percent); being left alone in an unsafe situation (31 percent); and being placed in a state of fear (33 percent).

Boys and young men were at greater risk of three specific harms involving aggression: being pushed or shoved (42 percent); being yelled at or verbally abused (38 percent); and being physically hurt (17 percent). Over one-third of risky drinkers of both genders had witnessed serious violence in the previous year.

Compared with adolescents in the general population, teens who drink at risky levels are two to three times as likely to experience harms from other drinkers, according to the study authors led by Dr. Tina Lam, a Research Fellow at the Monash Addiction Research Centre.

“Alcohol remains the greatest risk factor for death and injury in adolescents,” Dr. Lam said. “We’ve been hearing more about the abstention trend, with some teens choosing not to drink at all. But one in five adolescents still drink at levels that put them at risk of injury, at least once a month. Teenagers are particularly vulnerable to alcohol-related harms and have the highest rate of per capita alcohol-related emergency department presentations, compared with other age groups. And we don’t seem to be seeing any decline in those figures.”

The study is the largest survey of adolescent Australian risky drinkers to date and it identifies a range of harms experienced due to others’ drinking that have not previously been assessed elsewhere. It is an Australian-wide collaboration between seven universities and one health department, led by Curtin University’s National Drug Research Insitute, Monash University and the University of New South Wales.

While alcohol research has traditionally focused on alcohol’s harmful effects on the drinkers themselves, this study reflects a growing interest in what is being labeled ‘second-hand drinking’, or alcohol’s harm to others. Each year, an estimated 162,400 adult Australians experience physical assault from people under the influence of alcohol, and 40 percent of interpersonal violent deaths are associated with alcohol consumption.

“Young risky drinkers’ problems are compounded by their own drinking, others’ drinking and their relative inexperience in both these arenas. In addition, intoxication may compromise their capacity to deal with threats,” the authors write.