Diabetes: The popular hot drink that could have ‘anti-diabetic effect’

This Morning: Type 2 diabetes can be 'devastating' says expert

There are two types of diabetes. With both type 1 and type 2 diabetes, the level of glucose (sugar) in your blood becomes too high. Patients with type 1 will experience this when their body cannot produce enough of a hormone called insulin, which controls blood glucose.

Type 2 diabetes is much more common than type 1, and the raised blood sugar levels are usually caused by being overweight or not exercising enough.

Although it is widely known that lowering your intake of sugar and fat is key when it comes to lowering your risk of and living with type 2 diabetes, research has shown that a certain popular hot drink could also be beneficial.

Professor Kjeld Hermansen, from the department of clinical medicine at Aarhus University in Denmark and expert for the Insitute for Scientific Information on Coffee, explained the effect of drinking coffee on diabetes.

Speaking with Express.co.uk, he said: “Although epidemiological studies cannot prove a causal relationship, all recent meta-analyses found a clear association between coffee consumption and reduced risk of type 2 diabetes (T2D). 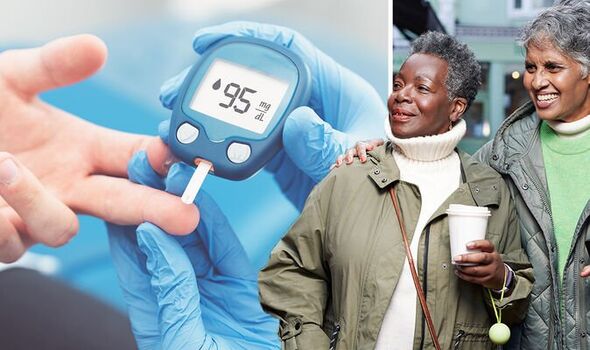 “Data from more than one million participants followed during a period of up to 24 years, found the relative risk of T2D was 29 percent lower for the highest intake of coffee vs the lowest consumption.

“The risk of T2D decreased by six percent for each additional cup of coffee per day.

“The effect of coffee on the risk of T2D are very similar in different regions; there is no difference between men and women; similar T2D risk reduction is observed in lean and obese subjects and for people drinking unfiltered boiled coffee as well as filtered coffee.”

He shared some of the science behind coffee consumption and diabetes.

“Possible mechanisms behind this association include thermogenic, anti-oxidative and anti-inflammatory effects; modulation of adenosine receptor signalling and microbiome content and diversity,” he said.

“However, since there are hundreds of bioactive substances in coffee it will be very difficult to clarify in detail the mechanism of action behind coffee’s anti-diabetic actions.

“Similar associations for caffeinated and decaffeinated coffee and risk reduction of T2D have been observed indicating that caffeine does not play an important role.

“Interestingly, it has been demonstrated that the bioactive cafestol in coffee increases glucose uptake in human muscle cells and improves beta cell function. 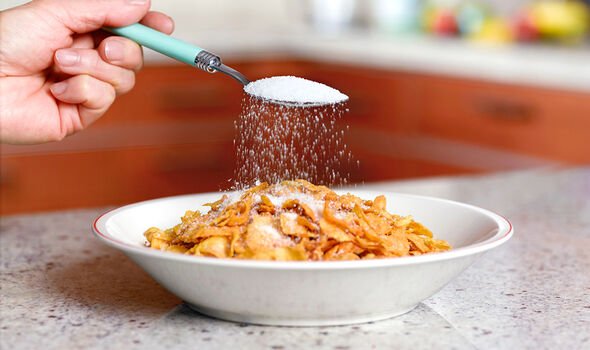 ”He added: “Another major site of coffee’s actions appears to be the liver, causing lower risk of fat liver (steatosis).

“Long-term preservation of proper muscle, liver and beta cell function may account for the association of habitual coffee drinking with a lower risk of T2D.”

Professor Hermansen recommended a daily intake of three to five cups of coffee to experience the “largest anti-diabetic effect”, stating this is considered a “suitable” amount by the European Food Safety Authority. 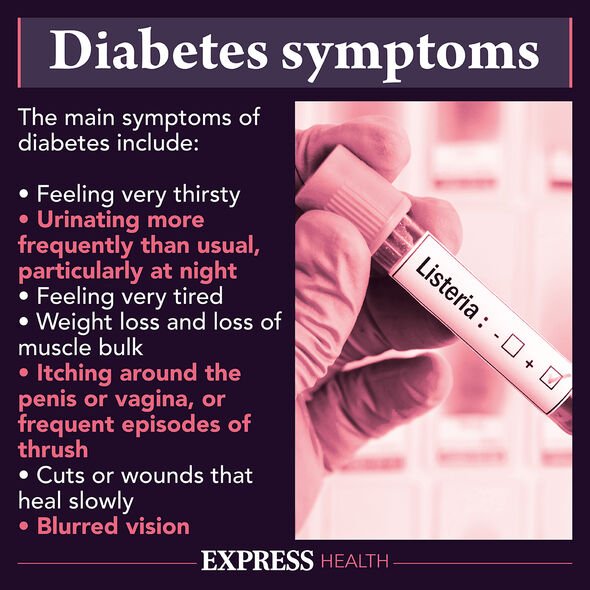 However, he advised consuming no more than 200mg of caffeine a day if you are pregnant (there is about 75mg in one cup of coffee).

Common symptoms of both types of diabetes can include:

The NHS advises seeing your GP if you experience any of these signs.

There are no lifestyle changes that can lower your risk of type 1 diabetes, but it is recommended you eat healthily, exercise regularly and maintain a healthy weight if you have type 2.