DR MICHAEL MOSLEY: It’s surprising, but brighter and longer days can leave some people feeling far more anxious and irritable… but there ARE ways you can beat the summertime blues

Spring is my favourite time of the year and not just because of the promise of longer, warmer days ahead.

I also love it because, like one in five Britons, I suffer from seasonal affective disorder (SAD), also known as the winter blues.

My mood dips during the dark, winter months, and lifts in April when the days get longer. SAD is mainly caused by lack of sunlight, which in turn seems to suppress the production of serotonin, the ‘feelgood’ hormone.

But many others experience what is called reverse SAD — their mood dips at the start of spring. 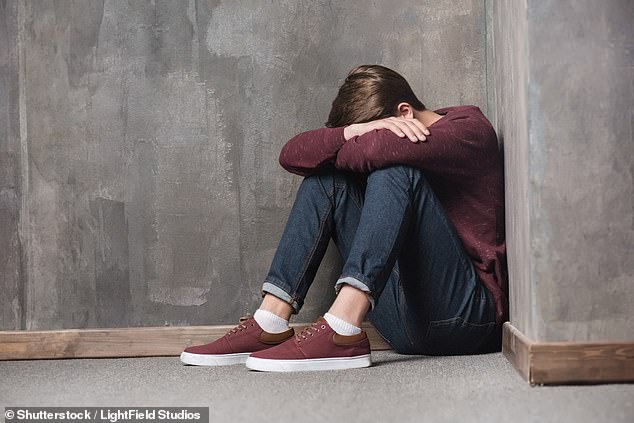 With reverse SAD, it’s thought an increase in sunlight puts the brain on high alert, leaving you stressed and struggling to sleep

And while people with winter SAD find they sleep and eat more, those with the reverse version sleep less and are more likely to become irritable and anxious.

Reverse SAD could help explain why online searches for terms such as ‘depression’ or ‘anxiety’ are higher in April and May than at other times of the year.

Both types of seasonal affective disorder seem to be related, at least in part, to disruption to the body clock. With reverse SAD, it’s thought an increase in sunlight puts the brain on high alert, leaving you stressed and struggling to sleep.

There is some speculation that late evening light is also implicated — so a simple solution for reverse SAD is to wear an eye mask at night. One sleep expert I spoke to said it had transformed her nights.

Low mood can, of course, strike at any time of year and, if you suffer from prolonged periods of anxiety or depression, it is likely that your GP will offer you medication or some form of therapy, such as cognitive behavioural therapy.

While these can really help, here are some of the other options being explored and which offer hope. 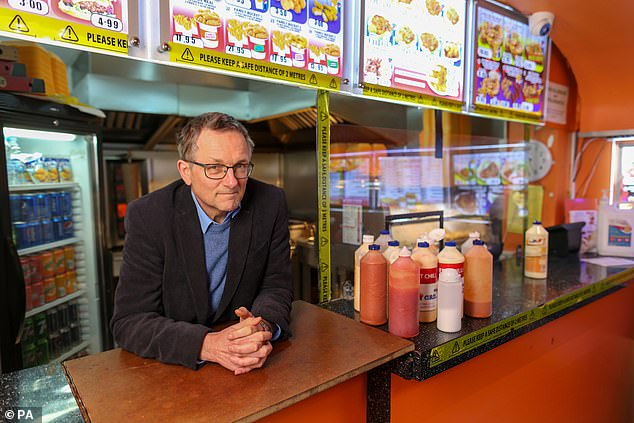 My mood dips during the dark, winter months, and lifts in April when the days get longer. SAD is mainly caused by lack of sunlight, which in turn seems to suppress the production of serotonin, the ‘feelgood’ hormone

As regular readers will know, I am a big fan of a short cold shower as a daily boost for immunity. But cold water has other benefits.

I’ve just been for my first swim in the sea this year, a very chilly 10c — it gives me a lift, although I find it too cold to attempt in the winter months.

At the moment, the evidence for it remains anecdotal, but the individual stories about its benefits are compelling.

In 2018 my friend, Dr Chris Van Tulleken, published a case study in the BMJ of a 24-year-old woman who had been treated for depression and anxiety since the age of 17. After she began a programme of weekly cold water swimming her mood quickly lifted, and she was soon able to come off all medication. There are lots of similar stories out there.

So what’s going on? Researchers from Cambridge University have identified a ‘cold-shock’ protein called RBM3, which is raised in people who are regular cold water swimmers.

They’ve also shown, in mice, that levels of this protein rise in response to sudden cooling and this leads to the creation of new connections in the brain. This seems to be important in people with depression, as they get stuck in fixed forms of negative thinking.

That said, sudden immersion in very cold water can be a shock to your system (I’ve been getting myself gradually used to it with my regular cold showers), so if you want to try it, do be cautious and go with a friend or join a club.

We’re often told to cut back on our meat intake, but cutting it out altogether could have unintended consequences. For meat is a good source of vitamin B12 and becoming deficient in it may trigger depression.

A major review, recently published in the journal Critical Reviews in Food Science and Nutrition and involving more than 170,000 people, found that those who ate meat were significantly less likely to have depression or anxiety than those who don’t.

In another study, published in 2017 by researchers from the Food and Mood Centre in Australia, patients with moderate to severe depression were asked to eat more fruit, vegetables and whole grains, but also to eat a modest amount of red meat (around 4oz) three times a week, fish at least twice a week and chicken two to three times a week. Within 12 weeks, a third of the patients experienced significant improvements in their depression scores.

And if you’re low in vitamin B12, or vegan and not sure your diet is providing enough, taking supplements may help prevent the onset of depression, according to a study from the California Institute of Behavioral Neurosciences & Psychology published in 2020.

More controversial is research looking into magic mushrooms, specifically, a psychedelic compound called psilocybin, as a treatment for depression. These fungi are categorised as a class A drug, so it is illegal to possess or consume them.

Yet a recent study, published in Nature Medicine, suggested that giving psilocybin to patients with severe depression made their brains more flexible and fluid — with greater connectivity — and less stuck in the negative thinking patterns you normally find in depression.

Eleven years ago, I was a guinea pig in the UK’s first scientific study of psilocybin. I went into a brain scanner and then had the drug injected into my veins.

It was very strange, like that moment in a Star Trek film when the Enterprise goes into warp drive and the world dissolves into a whirl of intense colours and patterns.

It didn’t produce any obvious benefit to my mood — I don’t have serious depression — but a recent small study of 24 people, at Johns Hopkins University School of Medicine in the U.S., found that two doses of psilocybin, given with supportive psychotherapy, led to significant improvements in depression in most of the patients, which lasted for a year (the length of the study).

That said, this is definitely not something anyone should try at home and, further, larger and longer-lasting studies are needed to prove if there is a real benefit.

Are your clothes, like mine, feeling a bit tighter after eating all that Easter chocolate?

There are good reasons to try to shed those extra pounds, including, of course, because excess weight raises your risk of type 2 diabetes.

But there’s another, even more insidious threat: non-alcoholic fatty liver disease (NAFLD), now the most common cause of liver failure and needing a transplant.

According to the British Liver Trust, around one in three of us has early-stage NAFLD. The problem is that there are rarely any symptoms until it’s advanced, though early signs include a large waist, high blood pressure and high blood sugar levels.

The only real solution is to lose weight. A couple of years ago, the renowned Karolinska Institute in Sweden compared the 5:2 method (where you cut your calories down to about 800 calories, two days a week) with standard diet advice. It concluded that the 5:2 was more effective in terms of weight loss and improvements in liver function.

Alternatively, you could try a rapid weight-loss diet, sticking to 800 calories a day, every day, for up to 12 weeks — Professor Roy Taylor of Newcastle University has shown this can clear the fat out of your liver in record time.

The good news is that your liver is remarkably resilient, and once you get rid of the excess fat, it will come bouncing back.

Ever taken a selfie and thought, ‘surely my nose isn’t that big’?

In fact, it probably isn’t, as a new study from the University of Texas Southwestern Medical Center has shown.

The researchers were investigating whether the rise in selfies is driving demand for plastic surgery — they asked 30 volunteers to take a selfie, and compared that with a photo taken in the same setting but from 5ft away with a normal camera.

When the photos were compared, the selfies made people’s noses appear 6 per cent longer and their chins 12 per cent shorter than they are; the base of the nose also appeared wider.

As the study leader Dr Bardia Amirlak, an associate professor of plastic surgery, pointed out: ‘If young people are using selfies as their only guide, they may be coming to plastic surgeons to fix problems that don’t exist except in the world of social media.’

Personally, I just delete all the unflattering ones.