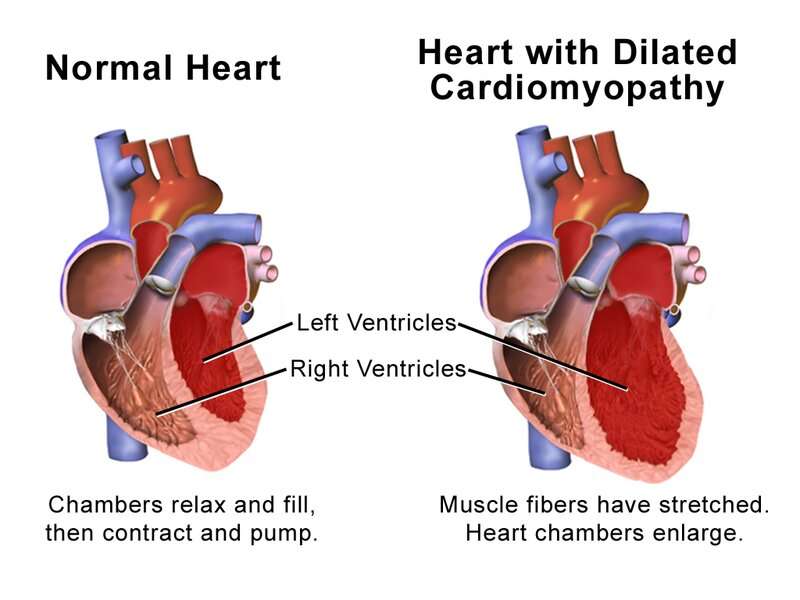 “This is the first time we have identified a treatment that may actually impact the underlying disease process, as opposed to just treating symptoms. In addition, if we can delay disease progression, this may ultimately mean that we can significantly impact the risk of sudden cardiac death in this population,” said Philip Thrush, MD, ’13 GME, associate professor of Pediatrics in the Division of Cardiology and a co-author of the study.

While most patients are asymptomatic, the disease is characterized by left ventricular hypertrophy (when the heart’s left ventricle is unable to pump blood properly), myocardial fibrosis (scarring within the heart muscle) and an increased risk of heart failure and arrythmias.

Current treatments for the disease only address its symptoms and aim to slow or regulate the patient’s heart rate. Therefore, therapies that slow disease progression and address its underlying causes are greatly needed, and the drug valsatran, an angiotensin II receptor blocker, had been suggested as a solution to prevent the development of hypertrophy altogether.

Previous work had demonstrated that a similar angiotensin II receptor drug prevented the development of hypertrophy when given to mouse models with early-stage disease, suggesting that valsartan may also be an effective treatment.

In the current clinical trial, more than 170 participants between the ages of eight and 45 years old who were diagnosed with early-stage hypertrophic cardiomyopathy were randomized to receive either valsartan or a placebo for two years. Participants were followed up at the one- and two-year mark for changes in certain cardiovascular features, including left ventricular wall thickness, mass and volume.

Overall, participants in the valsartan group demonstrated improved cardiac structure and function compared to the placebo group. The drug was also well-tolerated by participants, according to the authors, encouraging further investigation into the drug’s long-term effects and determining the optimal time to administer the drug to patients.