Eczema, also known as atopic dermatitis, is a complex condition. During a flare-up, the affected area can weep fluid. One golden spice has been shown to calm down this pesky skin condition.

A company-sponsored study had 150 participants, who suffer from eczema, use a turmeric-containing cream for four weeks.

The golden spice tumeric, also known as curcuma longa, is native to India.

It contains a compound called curcumin, which has been shown to have anti-inflammatory and antioxidant properties.

In 2016, a review of 18 studies found early evidence to support cur cumin use – both topically and orally – for treating eczema.

Other studies (that involve looking at other skin conditions) have note who topically applying turmeric-containing products allow for adequate absorption of curcumin. 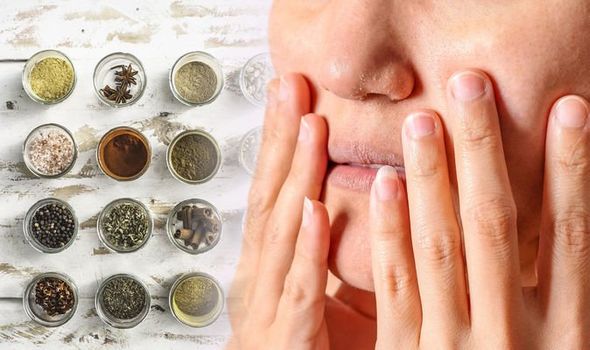 However, these products in the study outlined above are specifically formulated for enhanced absorption of curcumin.

Plus, applying turmeric directly to the skin will not have the same effect.

As the golden spice contains a powerful yellow pigment, extremely likely to stain the skin, it’s not the best idea to put the spice directly on affected areas of skin.

It’s important to note that research on turmeric and eczema is currently limited.

The National Eczema Association lists symptoms that indicate you suffer from eczema.

Dry, sensitive skin is one indicator, with another being red, inflamed skin.

As does rough, leathery or scaly patches of skin, as well as oozing or crusting and areas of swelling. 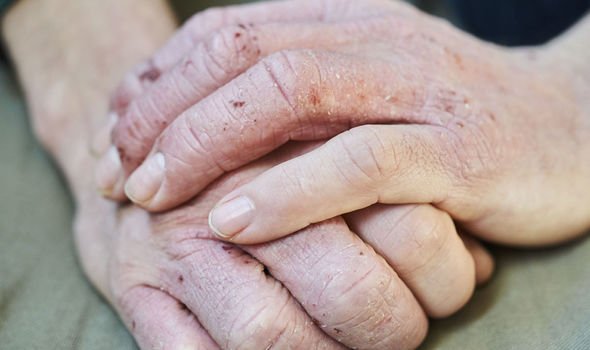 Some of these symptoms can occur in those with eczema, or only just a few.

The presence of symptoms are completely individual to whoever suffers from the skin condition.

Symptoms occur as a result from a dysfunctional skin barrier that leads to excess water loss. 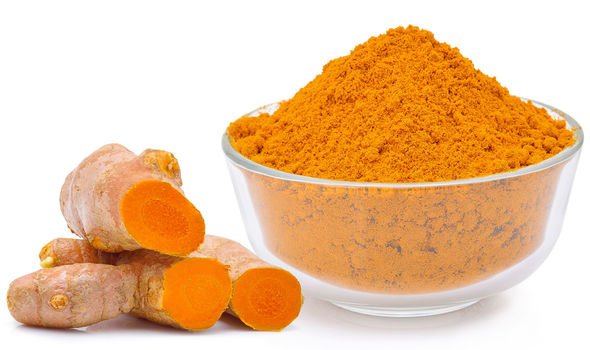 There’s no cure for the skin disorder, but other treatments include antihistamines for severe itching.

Bandages and special bodysuits can also be worn to allow the body to heal (by preventing you from scratching).

The most powerful treatments are offered by a skin specialist, such as a dermatologist.

It’ll also be useful to avoid known triggers, such as certain fabrics and soaps.