Explained: The difference between gender, gender expression, and sexuality 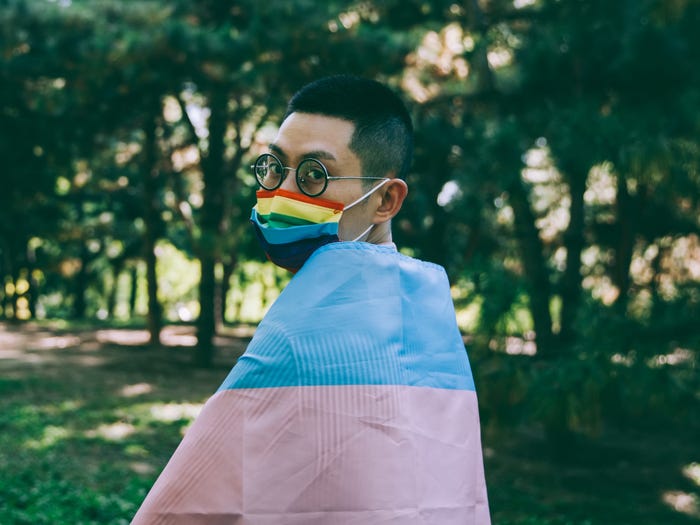 As more people in the United States begin to openly identify as transgender and/or non-binary, conversations around gender, gender presentation, and sexuality are opening up.

These terms are often confused for one another in discussions. Not understanding these terms can make it difficult for some people to understand queerness and transness.

Here is an easy guide on the difference between gender, gender presentation, and sexuality.

What is gender identity?

Simply put, gender identity refers to how a person sees themselves in terms of their gender.

While many babies are typically assigned male or female based on their genitalia, with the exception of intersex people who express sexual characteristics of both sexes, this doesn't necessarily reflect what their gender identity is or will be.

Transgender and/or non-binary people do not have to have any medical procedures to be considered valid, though many people do opt for gender-affirming procedures like hormone replacement therapy or surgery.

Any person can be trans, regardless of their medical history or use of transitionary care.

What is the difference between gender identity and gender expression?

While gender is how people identity, gender expression is how a person decides to present their gender externally. This can be through clothing, hair, interests, and other physical forms of expressing yourself.

People can express their gender in ways that don't match the traditional expectations of the gender they are. For example, a woman can dress in a masculine way and still be a woman.

This concept doesn't change if a person is trans or non-binary. A transman is still a man even if he wears makeup every day and a trans woman is still a woman even if she doesn't have long hair.

Non-binary people also do not have to present androgenously to be considered valid in their gender.

What is the difference between gender and sexuality?

Sexuality is a spectrum, not a series of distinct categories. Someone can identify as a lesbian, queer, straight, gay, heteroflexible, bisexual, pansexual, and more.

People can be any sexual orientation, regardless of how they express their gender.

Ultimately, it's best to ask people for their pronouns and how they identify, since it's not possible to assume someone's gender, gender expression, or sexuality based on how they look.

Feminizing hormone therapy: A guide to the medications, body effects, and health risks you should know about

What you should know about gender pronouns, how to use them, and why they're important

The earlier trans youth get care, the less likely they are to suffer depression and suicidal thoughts