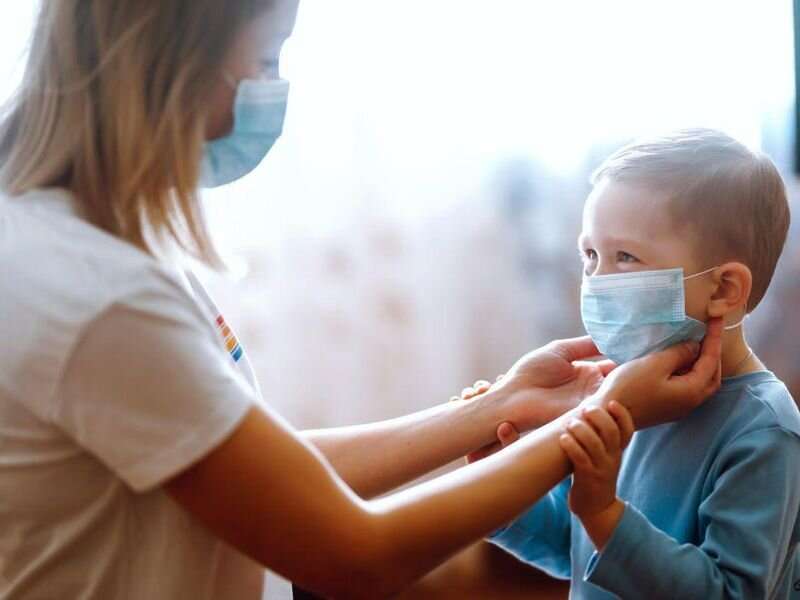 For children, masks don’t mask the emotions of others, a new study shows.

It included nearly 300 children, ages 3-6, who were shown 90 pictures featuring actors who expressed joy, sadness or anger. In half of the pictures, the actors wore face masks.

In most cases, the children correctly identified the actors’ emotions whether they were wearing a mask or not, according to the study published Nov. 15 in the journal JAMA Pediatrics.

Overall rates of successfully reading emotions were more than 67% when the actors wore masks and more than 70% when they didn’t wear masks. Older children had higher success rates. About a quarter of preschoolers had greater difficulty distinguishing sadness from anger and about 21% sometimes confused joy for anger or sadness.

“Actual face masks depicted in static pictures were significantly associated with emotion recognition in healthy preschool children, although differences were small and effect sizes were weak,” the researchers from University Hospital Lausanne in Switzerland wrote.

The findings challenge concerns raised by some that the use of face masks in schools may harm younger children’s development.

“Even with masks being worn, little kids can probably still make reasonable inferences about other people’s emotions,” Ashley Ruba, a developmental psychology expert in the Child Emotion Lab at University of Wisconsin-Madison who has made similar findings during the pandemic, told CNN.