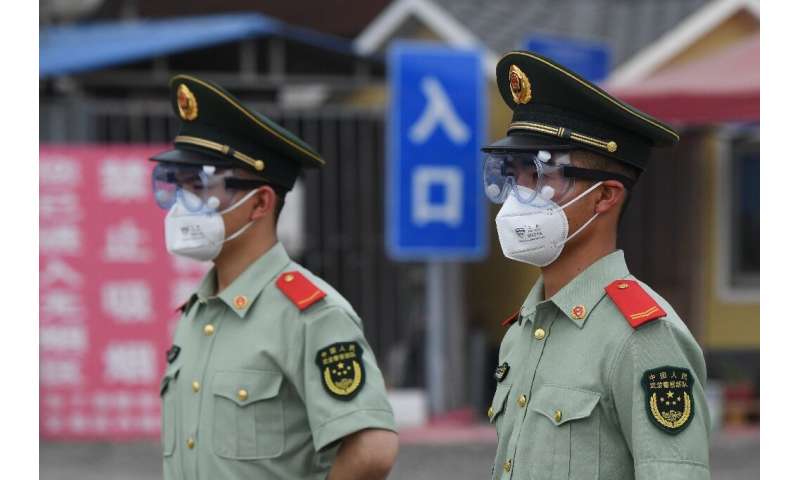 Lockdowns were imposed in parts of Beijing on Saturday to try and prevent the spread of a new coronavirus cluster, highlighting the challenges that lie ahead even for places where outbreaks are under control.

It came as Brazil claimed the unenviable position of having the second-highest virus death toll worldwide behind the United States, with no sign the infection rate is slowing in Latin America.

After COVID-19 was first detected in central China last year, the vast Asian country largely eliminated transmission within its borders through hyper-strict lockdowns that were emulated across the globe.

But as the government reported six new domestic cases, most linked to a meat market in southern Beijing, people were forced indoors at several nearby residential estates—marking a painful step backwards in the city’s return to normality.

Officials said the district has established a “wartime mechanism” and “field command centre” to deal with the fresh outbreak, as paramilitary police were seen around the market hotspot and a mass testing campaign linked to the cluster was announced.

Worldwide, the pandemic has killed more than 425,000 people and infected more than 7.6 million, while wreaking large-scale economic devastation. 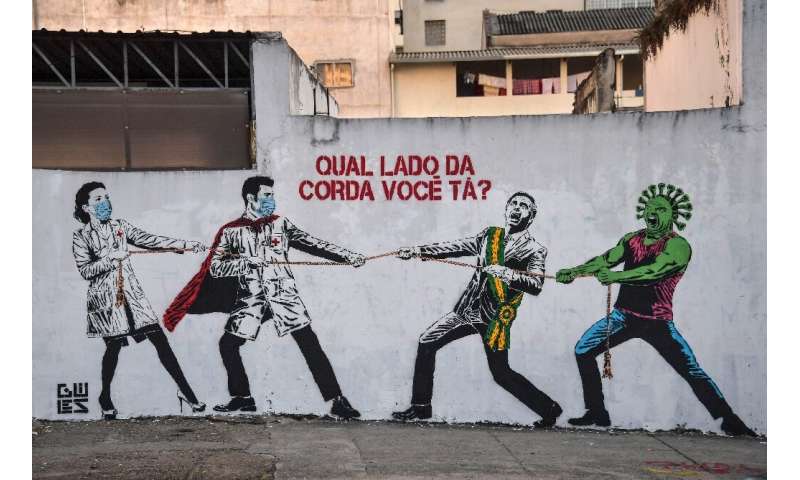 Latin America has emerged as the latest epicentre of the respiratory disease, believed to have jumped from an animal to humans at a Chinese market that sold wildlife.

Brazil’s health ministry recorded 909 deaths in the past 24 hours, putting the total at 41,828—meaning the country of 212 million people has now surpassed Britain’s death toll.

“Some areas are at a critical stage” in Brazil, with intensive care unit occupancy levels of more than 90 percent, World Health Organization emergencies director Mike Ryan told journalists in Geneva.

Brazilian President Jair Bolsonaro, who threatened last week to quit the WHO over “ideological bias”, has dismissed the virus as a “little flu”, and berated state officials for imposing lockdowns.

World health officials have warned that the virus is far from contained. “The fight is not over,” WHO chief Tedros Adhanom Ghebreyesus said this week. 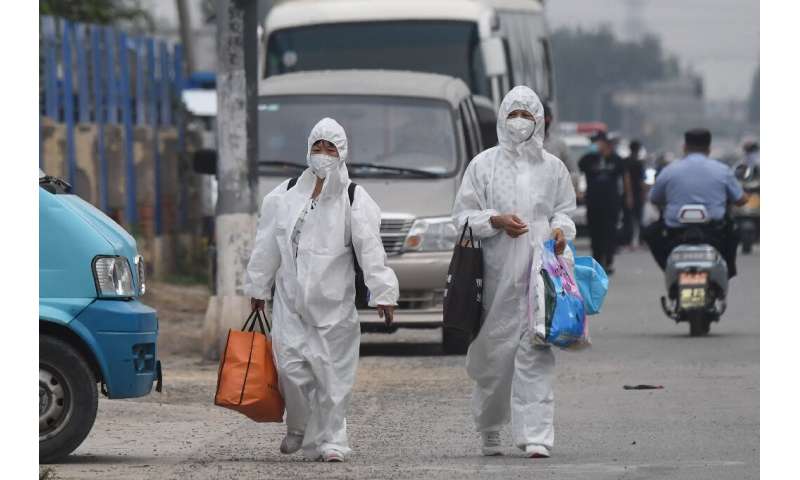 In the US, which has confirmed the most COVID-19 deaths—over 114,000—more than a dozen states, including two of the most populous, Texas and Florida, reported their highest-ever daily case totals this week.

“It’s important that we remember that this situation is unprecedented. And that the pandemic has not ended,” Robert Redfield, director of the Centers for Disease Control and Prevention, told a media briefing on Friday.

Nevertheless, US President Donald Trump and many local officials remain determined to get the world’s biggest economy back on track.

The virus and resulting lockdowns have caused a spike in US unemployment—44.2 million people have filed claims for jobless benefits since mid-March.

Europe is pushing ahead with its exit from lockdown, with a number of countries preparing to reopen borders on a limited basis on Monday after the EU Commission urged a relaxation of restrictions. 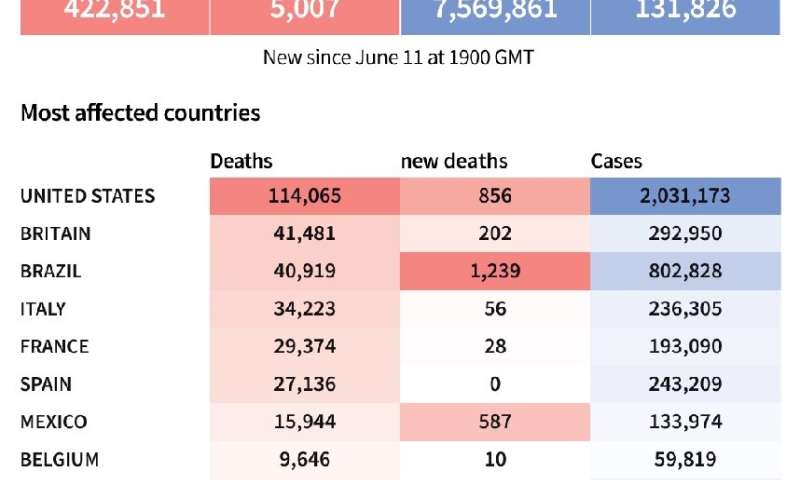 France said it would gradually reopen its borders to non-Schengen countries from next month, and Germany said it would end land border checks on Monday.

Greece said it would welcome tourists again, though Britons remain barred—and visitors from Italy, Spain and the Netherlands must undergo tests on arrival.

In several European countries the focus has shifted to the courts and who might eventually be pinned with the blame for the global financial and health crisis.

In Italy, one of the countries hardest hit by the virus, prosecutors questioned Prime Minister Giuseppe Conte over his government’s initial response.

In the country’s northern Lombardy region, an investigation has been launched into why a quarantined “red zone” was not enforced around two towns sooner.

And in Bergamo province, 50 victims’ family members filed complaints this week over how the crisis was handled. 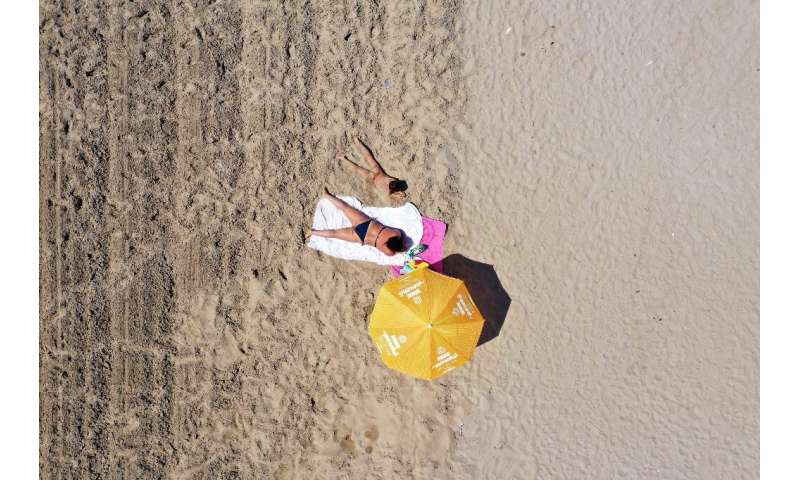 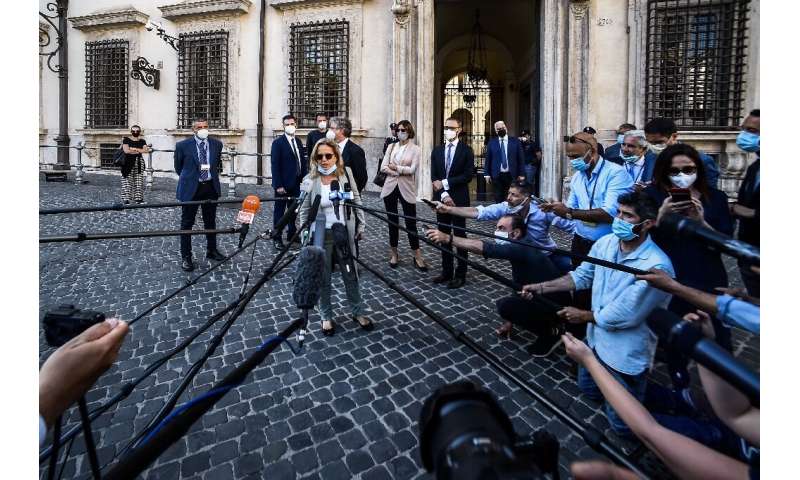