Government gives the Department of Health a £600 MILLION bailout

The Government’s Treasury department has given the Department of Health and Social Care (DHSC) a £600million bailout to cover ‘unforeseen’ costs.

Spending estimates published by the Treasury describe the money as ‘reserve funding to cover one-off pressures’.

Analysts believe the DHSC was in danger of breaching its budget of almost £125bn, which could lead to a parliamentary vote on whether extra cash should be given.

The rising cost of generic drugs and preparations for Brexit are thought to have stretched the DHSC – which ‘acts as guardians of the health and care framework’ – more than normal. 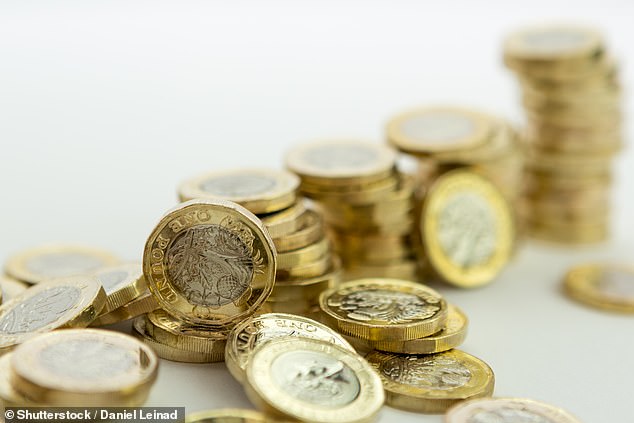 Sally Gainsbury, senior policy analyst at the Nuffield Trust think tank, told the Health Service Journal: ‘This looks like the Treasury have allowed the department to draw on reserves to bailout what would otherwise be a breach of its spending limit.

‘Our projections suggest there’s going to be a reported NHS provider deficit of around £800m this financial year, which NHS England is going to struggle to fully offset.

‘It’s not clear if the Treasury would usually contemplate additional in-year funding to cover a provider-side deficit, but the DHSC will have been able to point to other one-off costs such as Brexit and generic drug prices which have added to its pressures for this year.’

Britain’s main supplier of insulin said in September it would be stockpiling the medicine in case Brexit disrupts the international supply chain.

Around 4.6million people in the UK are thought to have diabetes and many of them rely on insulin to stay healthy.

Danish healthcare company Novo Nordisk supplies more than half of the UK’s insulin and revealed it would import enough of the vital medication to last four months.

The move came just weeks after medical experts warned millions of diabetics would be at risk if there was an insulin shortage after Brexit.

Novo Nordisk claimed it is committed to making sure its patients are not affected.

The company said at the time it planned to build up a 16-week reserve of insulin by this month.

Miriam Deakin, director of policy and strategy at NHS Providers, called the £600million bailout ‘significant’ and wants ‘more clarity’ about how it will be used.

She acknowledged, however, trusts have been working ‘flat out’ and meeting budgets can be ‘difficult’.

The reserve fund is set aside for unforeseen costs that cannot be covered by existing budgets.

According to the HSJ, Brexit is a reason for the forecasted overspend but there are no specific details on how this has cost the NHS money.

Departments must formally request tjhe reserve fund to access it.

Although the DHSC overspent the following year, it avoided going to Parliament due to an ‘administrative error’.

The National Audit Office (NAO) accused the department of failing to notify the Treasury of extra receipts from the national insurance fund.

This meant Parliament did not have the opportunity to vote on whether to provide additional funding, the NAO claimed.

The bailout revelation comes after news the NHS is stockpiling body bags amid fears the UK while run out in a no-deal Brexit.

Health Minister Stephen Hammond revealed the stockpiling in a letter to an unnamed Tory MP, which has been leaked on Twitter.