Healthy lifestyles reduce the risk of type 2 diabetes up 75%

People living the healthiest lifestyles that cut out smoking, alcohol and are based around good diets ‘may be 75% likely to develop type 2 diabetes’

People who lead the healthiest lifestyles may be 75 per cent less likely to develop type 2 diabetes, research suggests.

Scientists at the Huazhong University of Science and Technology, China, analysed more than 1.1million people across 14 studies.

They discovered adults who ate well, exercised regularly and did not smoke were less likely to suffer from the killer condition.

And the team claim they found the risk goes down by up to 61 per cent with each ‘healthy habit’ a person adopted.

Diabetes aside, leading a healthy lifestyle also reduced the participants’ risk of dying from heart disease or cancer by up to 52 per cent.

The scientists hope their study shows that ‘lifestyle modification should be the cornerstone’ for diabetes prevention. 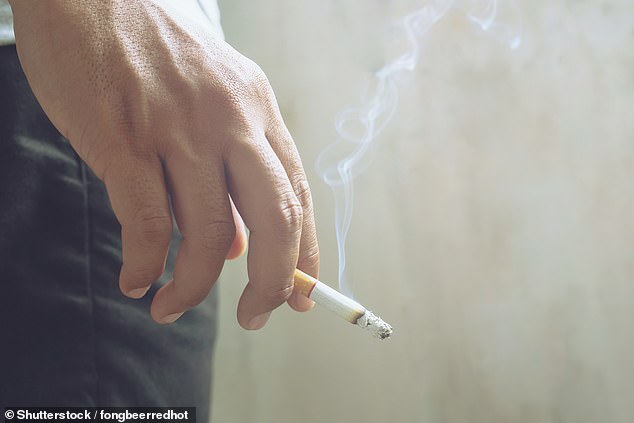 Scientists discovered adults who ate well, exercised regularly and did not smoke were less likely to suffer from the killer condition

‘Diabetes complications, particularly cardiovascular disease, are the leading cause of illness and death amongst individuals with type 2 diabetes,’ the researchers wrote in the journal Diabetologia.

‘Prevention of the condition and its long-term adverse outcomes is [therefore] urgently needed.

More than half a billion people worldwide are thought to have type 2 diabetes, with 22million new cases occurring every year.

With cases on the rise, the Chinese scientists set out to uncover how healthy habits could prevent the disease.

Fourteen existing studies on the subject were identified from the US, Asia, Europe and Oceania.

Participants were monitored for at least three lifestyle habits, like diet, activity and alcohol consumption. They were followed for a minimum of a year.

Ten other studies were also included. These had 34,385 type 2 diabetics from across the world, followed for between four and 21 years.

The scientists weighted each of the studies based on their number of participants. Healthy habits were then tallied via a points system.

WHAT IS TYPE 2 DIABETES?

Type 2 diabetes is a condition which causes a person’s blood sugar to get too high.

More than 4million people in the UK are thought to have some form of diabetes.

Type 2 diabetes is associated with being overweight and you may be more likely to get it if it’s in the family.

The condition means the body does not react properly to insulin – the hormone which controls absorption of sugar into the blood – and cannot properly regulate sugar glucose levels in the blood.

Excess fat in the liver increases the risk of developing type 2 diabetes as the buildup makes it harder to control glucose levels, and also makes the body more resistant to insulin.

Weight loss is the key to reducing liver fat and getting symptoms under control.

It can lead to more serious problems with nerves, vision and the heart.

Overall, around 14 per cent of the participants stuck to the healthiest lifestyle, while 11 per cent opted for the least healthy option.

Those who exercised the most, ate well and did not smoke, were 75 per cent less likely to develop type 2 diabetes than their least healthy counterparts.

Several of the studies suggested that for every ‘good’ habit a person adopts, their risk of the disease goes down by between 11 and 61 per cent.

Although obesity is linked to type 2 diabetes, body weight was found to be less of a factor in the condition’s onset than a combination of other lifestyle habits.

The researchers wrote that their findings ‘support the recommendations from the American Diabetes Association and other organisations that lifestyle modification should be the cornerstone for the management of diabetes’.

‘Given that the proportion of individuals with the healthiest lifestyle was found to be low in most populations, promotion of an overall healthy lifestyle, instead of tackling one particular lifestyle factor, should be a public health priority for all countries.’

Future studies should investigate the link between lifestyle habits and type 2 diabetes in other ethnic groups, they added.

Most of the studies in their review were carried out in high-income countries, with white participants.

With type 2 diabetes rising in children and teenagers, studies should also look at how healthy habits could prevent the disease in these age groups.

‘We also know it can make managing the condition more difficult for those who have it. But this research highlights the impact other lifestyle factors can have on our overall health and our risk of early death.

‘Crucially, this research reinforces the message that – in addition to maintaining a healthy weight – making lifestyle choices such as eating a healthy, balanced diet, taking regular physical activity, and avoiding smoking and excessive drinking, are vital for living well with type 2 diabetes.

‘But making the healthy choice isn’t always the easy choice, which is why the Government needs to focus on making these choices easier for everyone by investing in strategies that encourage all of us to move more and eat better.’