Heart attack: Why adding this food to meals could prevent the life-threatening condition

Heart attacks are often caused by coronary heart disease, a condition where the major blood vessels that supply blood to the heart get clogged up with deposits of cholesterol. When these deposits of choesterol, known as plaques, rupture, they cause a blood clot which then blocks the supply of blood to the heart, triggering a heart attack. Eating a healthy, balanced diet can help prevent the condition, but certain foods in particular have been proven to have heart health boosting properties.

Garlic has been used as a natural remedy for centuries for a variety of ailments.

More and more scientific evidence recently has confirmed its benefits for heart health.

In one study, taking garlic extract in doses of 600 to 1,500mg daily for 24 weeks was found to be effective at reducing blood pressure – as effective as a common prescription drug.

High blood pressure can lead to a heart attack, as it causes the coronary arteries which serve the heart to become narrower and clogged with choelsterol.

A review which looked at the results of 39 studies found garlic can reduce total choelsterol by an average of 17mg/dL and ‘bad’ cholesterol by 9mg/dL in those with high cholesterol.

The presence of a compound called allicin in garlic is believed to give it its health benefits. 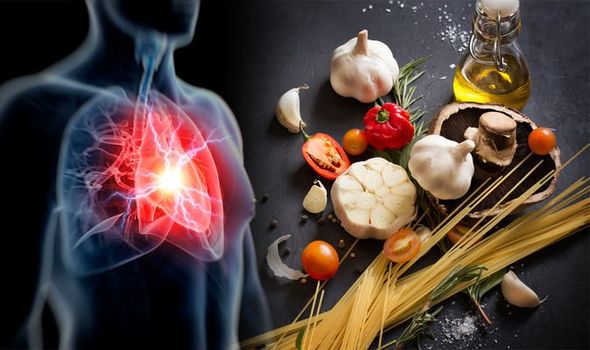 When it comes to what foods to eat garlic with, the NHS recommends reducing your saturated fat intake.

It advises: “Avoid foods contianing high levels of saturated fat, as they increase levels of bad cholesterol in your blood.”

Foods high in saturated fat include: 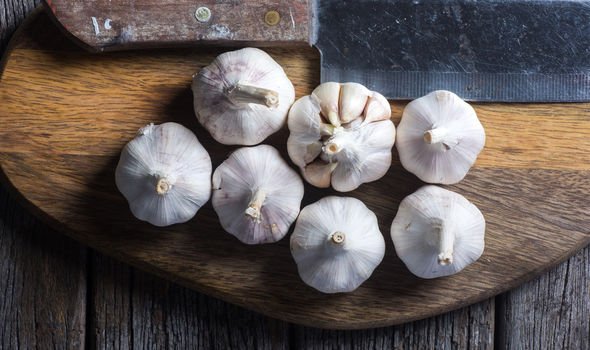 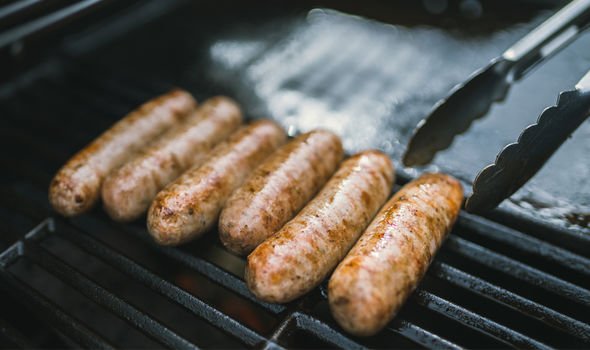 As part of a healthy, balanced diet, the health body says people should try to:

Chest pain is one of the main symptoms of a heart attack, but where the pain is felt in the chest can help distinguish the condition from any other.