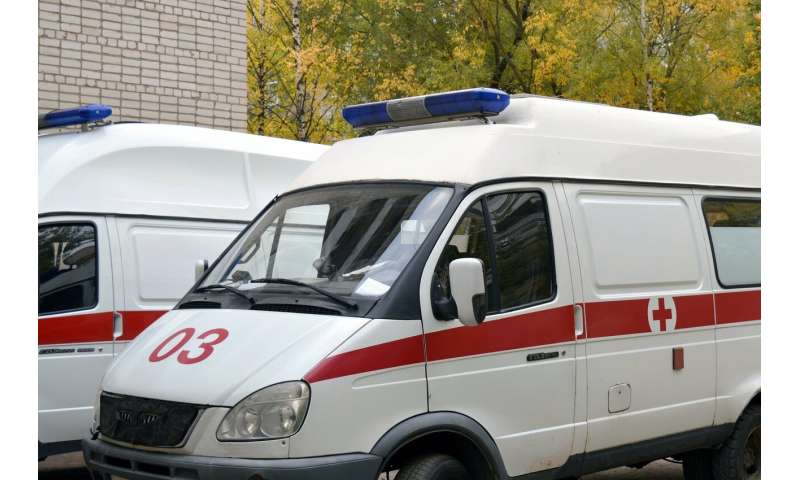 For Itay Bengad, a bicycle crash several years ago that left a friend with a broken spine, a concussion and other injuries sparked an idea.

Bengad, a physician who still works weekend hospital shifts in Tel Aviv, had been cycling with his friend when his friend struck a road sign at highway speeds.

It took hours before the extent of his friend’s injuries became clear, and that lost time, he knows, could have proven crucial in his friend’s recovery.

“Then I truly understood for the first time what happens during a car crash, the fact that people do not survive because no one knows … what happened,” Bengad said of the crash during a recent visit to Detroit.

His friend has since recovered, but the issue stuck with Bengad, co-founder and CEO of a startup called MDGo.

Bengad was in Michigan in an effort to build support for a pilot project his company hopes to launch in coming months in Michigan based on a program MDGo has developed with Israel’s emergency medical services organization.

“Since this is the automotive capital of the world, where would be a better place to bridge automotive and medical?” Bengad said.

MDGo, which is about a year old, has been in talks with a U.S. automaker—Bengad won’t say which one—and has scored investments from two non-U.S. automakers. Bengad said automakers have already been collecting data about crashes, but it is largely unused so far.

Based on the data created during a crash, MDGo has developed an algorithm to show more clearly what forces would be at play during a crash to create reports within seconds to inform dispatchers, emergency room personnel and even insurance companies of what to expect so they can prepare treatment accordingly. As more data is collected, the process improves.

Repairing a vehicle after a crash could benefit from similar insights. If the extent of the damage is not clear, the repair might be thousands of dollars more than anticipated initially—or the real problem might not be addressed.

Medical professionals have long known that getting proper treatment soon after a serious crash, a period often referred to as the Golden Hour, can be key to survival, so Bengad’s company aims to use technology currently available in vehicles—the increasing number of sensors in our increasingly connected cars, trucks and SUVs—to boost an injured person’s prospects.

Sometimes, the primary injury is not what kills a person, but rather a secondary injury, something not immediately visible. People who have suffered a traumatic brain injury, for instance, might appear to improve before their condition worsens.

In a story for Israel’s Ynet news service in September, Ido Rosenblatt, an official at the Israeli EMS service, described the possibilities as a game changer.