How does the human gut microbiome impact menopause?

Following menopause, women are at a greater risk of several age-related chronic diseases, including cardiovascular disease and diabetes. A decrease in ovarian sex hormones like estradiol after menopause triggers various health issues.

Since the gut microbiome metabolizes estrogens and other sex hormones, it might indirectly contribute to menopause-related health issues. Although the impact of menopause on the gut microbiome may have broader health consequences, limited studies have fully investigated this issue. 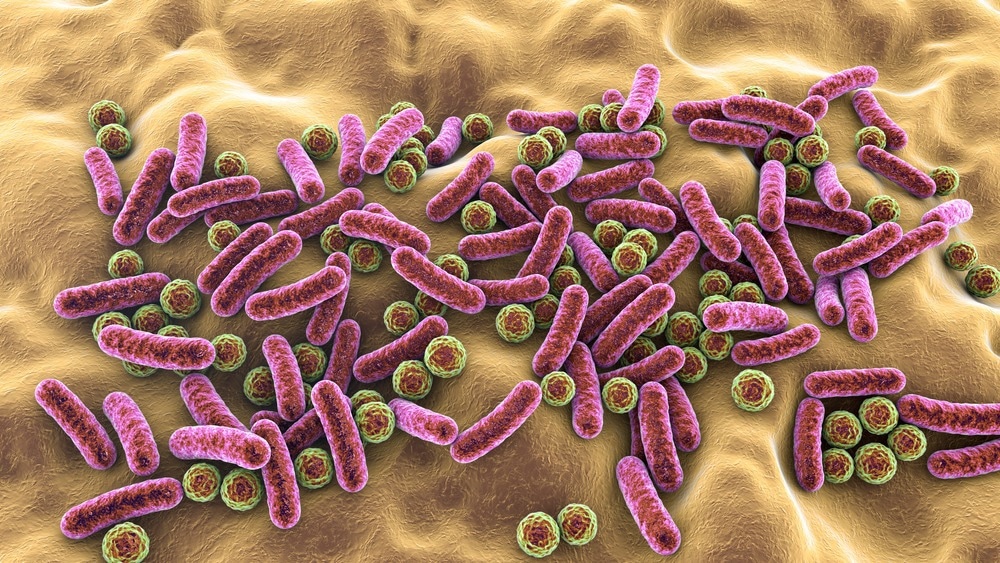 A recent International Journal of Women’s Health study summarizes available information on the relationship between menopause and the gut microbiome.

What happens during the menopausal transition phase?

Menopause is the final stage of reproductive aging and is reached when women stop menstruating for twelve months. The menopausal transition occurs over several years, during which a reduction in the number of ovarian follicles leads to varied production of progesterone and estradiol, along with abnormal menstrual cycles that occur with or without ovulation.

A hallmark event of the menopausal transition period is a decrease in ovarian hormones, which reduces the negative feedback on the pituitary gland and results in the elevated synthesis of follicle-stimulating hormone (FSH). Post menopause, peripheral tissues, such as adipose tissues, become the primary producer of estrogen.

Symptoms associated with the menopausal transition phase, such as vasomotor symptoms, changes in mood and sleep, genitourinary symptoms including vaginal dryness and atrophy, as well as bone loss, vary between women.

Advances in next-generation sequencing technology have allowed researchers to study the microorganisms that colonize the body.

Microbial cells exist in the human body in approximately 1:1 ratio to human cells and have a significant role in human health and disease. The highest number of microbes are found in the digestive tract, which, taken together, form the gut microbiome.

A healthy gut microbiome regulates the metabolism of dietary components and endogenous compounds. It can also trigger inflammation through the synthesis of lipopolysaccharide (LPS).

Several studies have found that the gut microbiome influences the central nervous system. This bi-directional interaction, which exists through the gut microbiota-brain axis, influences metabolic, immune, and neuroendocrine pathways.

The relationship between menopause and the gut microbiome

In contrast, a depletion in Escherichia coli-Shigella spp, Ruminococcus sp., Oscillibacter sp., and Clostridium neonatale was observed in the guts of women who reached menopause. In pre-menopausal women, an abundance of Roseburia, and Lachnospira, as well as a depletion of Prevotella and Parabacteriodes, were observed.

Plasma progesterone concentrations can be predicted by analyzing gut microbiome composition. Women with premature ovarian insufficiency (POI) did not exhibit any difference in gut microbiome diversity as compared to pre-menopausal women. Nevertheless, a high concentration of Lachnobacterium, Butyricimonas, Sutterella, and Dorea, as well as a lower abundance of Faecalibacterium, Bulleidia, and Firmicutes, were observed in women with POI.

Higher levels of the sulfate transport system pathway and a lower incidence of β-glucuronidase gene ortholog and pathogenic bacterial secretion system pathways have been reported in post-menopausal women. Serum metabolomics data indicate a reduction in gut species and functions in menopausal women. Post-menopausal depletion of microorganisms such as Akkermansia muciniphila has been positively correlated with serum progestin metabolites.

Alterations in the gut microbiome increase an individual’s susceptibility to many diseases. For example, a reduced abundance in Ruminococcus sp. makes an individual vulnerable to Crohn’s disease. Several studies have also linked the abundance of Prevotella, and Sutterella in the gut with obesity.

Currently, research on menopause and the gut microbiome is still in its infancy stage. Although many studies have indicated the difference in gut microbiome composition between pre- and post-menopausal women, more research with larger study cohorts is required to further establish this relationship. Additionally, limited research related to longitudinal within-person composition in the gut microbiome throughout their menopausal transition is available.

In the future, the mechanisms through which menopause might alter the gut microbiome composition must be studied. Furthermore, it will be important to understand if a decrease in estradiol and progesterone affects the gut microbiome, as progesterone suppresses the immune system and, as a result, makes an individual susceptible to various pathogenic diseases.

Priyom holds a Ph.D. in Plant Biology and Biotechnology from the University of Madras, India. She is an active researcher and an experienced science writer. Priyom has also co-authored several original research articles that have been published in reputed peer-reviewed journals. She is also an avid reader and an amateur photographer.