How much water should children drink in a heatwave? 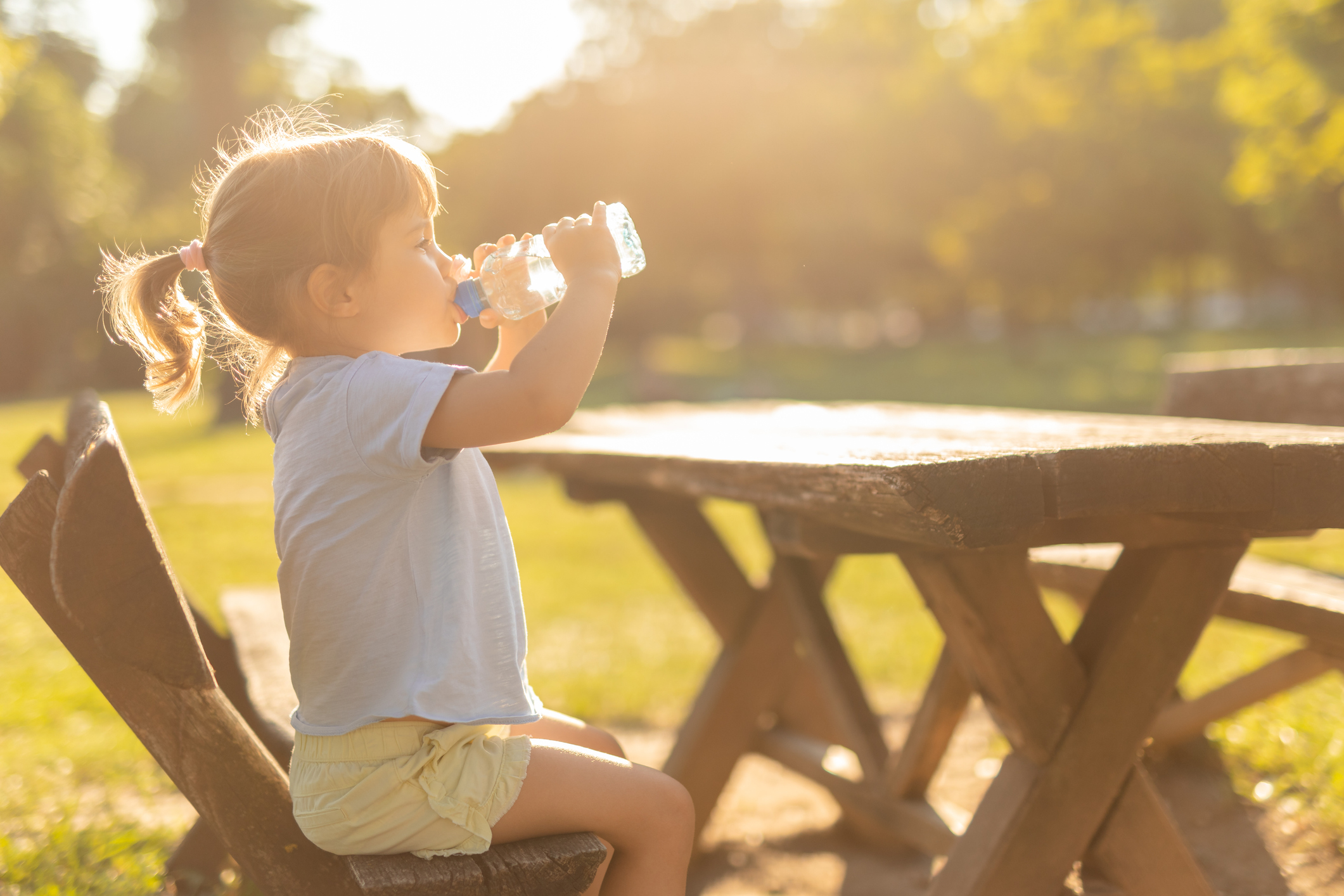 The UK is melting right now.

With the hottest day on record in full swing, staying cool is at the top of everyone’s priorities – and staying hydrated is a must.

Drinking enough water is vital anyway, but especially during a heatwave when our body loses fluids more quickly – making dehydration a concern.

Most adults know the recommended daily amount of water is two litres – unless you’re exercising a lot, or sweat more than usual – but how much should children drink?

How much water should children be drinking during a heatwave?

‘Generally, children tend to be good at knowing when they are thirsty, although in hot weather, it can be challenging to get them to drink a sufficient amount,’ Signe Svanfeldt, a nutritionist at nutrition app Lifesum, tells Metro.co.uk.

How to tell if your child is dehydrated:

Symptoms of dehydration include:

According to the NHS, children should have around six to eight cups of fluids per day.

For children older than five, 250-300ml per cup is recommended.

While these can include cordial, milk and other beverages, plain water is best say experts.

Again, it depends how large the water losses are.

‘If your child is very active they tend to sweat more, which leads to an increased need for hydration,’ says Signe.

How to keep your child hydrated

Keeping your child hydrated will look different depending on their age.

As Hannah Love, a paediatric nurse and nutritional therapist explains, there is no need to offer extra water to breastfed babies under six months, as your milk will naturally adapt.

However, for bottlefed babies, Hannah says you can offer an extra two to three ounces of cold boiled milk in a 24 hour period.

‘This is because the hydration levels of formula milk doesn’t change and so your baby may well want or need a little bit more fluids in extreme temperatures,’ she tells Metro.co.uk.

‘Once weaned, aged six to 12 months, any baby can be offered cold boiled water throughout meal times,’ she adds.

‘This can add to the extra fluid intake for the day.

‘It is often noted that babies eat less in the heat, they are very intuitive at this age and they know that they need more fluids – therefore they reduce the calories from solids so that they drink more milk to naturally hydrate more.’

It’s important to note that, on top of fluids, children get much of their water intake from food.

So toddlers aged 12 months and older can be encouraged to increase of fluids by eating more fruit or soup, making up ice lollies from fruit or offering them smoothies and watered down natural fruit juice.

It’s good to make up smoothies, watered down natural fruit juice (ideally, don’t offer neat as it has a higher sugar content) at mealtimes.

‘If your toddler will only take milk that’s fine,’ says Hannah. ‘Simply increase it to keep fluids up.’