How teens from non-vax families can become vaccinated

When Maya Moses decided she wanted to be vaccinated at age 18, she was nearly put off by the complexity and expense.

“I was quite overwhelmed and disheartened because the doctor meant to be specialising in it couldn’t even help me figure out what to get done and when to get done,” Ms Moses said. 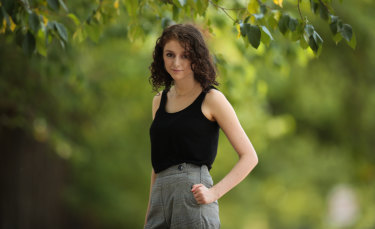 Maya Moses grew up in Mullumbimby and was not vaccinated as a child. She had to catch up on her vaccinations to enrol in a medicine degree.Credit:Jason South

By the time Ms Moses was sorting out her vaccinations, she was an adult and her parents were on board with her decision. But new laws could make it easier for young people to catch up on vaccinations even without parental consent.

Since January, NSW pharmacies have been permitted to administer vaccines for influenza, measles-mumps-rubella and diphtheria-tetanus-pertussis (whooping cough) for patients from the age of 16.

Dr Vicky Sheppeard, director of the communicable diseases branch at NSW Health, said the new laws would “make it easier for people to receive catch-up vaccinations”.

“Any teenager aged 14 or 15 who wasn’t fully vaccinated when they were younger is able to be vaccinated by a GP or at a hospital without parental consent if the medical practitioner is satisfied they understand what they are doing and any potential risks, Dr Sheppeard said. “Those aged 16 and 17 also have the same rights as adults to be vaccinated.”

However, she said teenagers need parental consent regardless of their age in order to take part in the NSW school vaccination program in year 7 and year 10.

Associate professor Nicholas Wood, from the Sydney Children’s Hospital Network and the National Centre for Immunisation Research and Surveillance, welcomed the improvement in access to vaccines. “Teenagers might find it easier to go to a pharmacist rather than sit in a GP’s waiting room,” Dr Wood said.

However, teenagers still need to see a GP to get all the recommended vaccines because pharmacists couldn’t administer vaccines such as meningococcal ACWY, human papillomavirus (HPV), hepatitis B and chicken pox, Dr Wood said.

Ms Moses, now 22, grew up in Mullumbimby in northern NSW, an area with the lowest rate of vaccination in Australia. She was not vaccinated as a child and had only a smattering of jabs as a teenager.

By the time she left school, Ms Moses was “passionately pro-vaccination” and she had the added motivation that she needed to be fully vaccinated to enrol in a medical degree at university.

She went to a medical clinic in Melbourne, where she had moved for university, but the doctor didn’t know anything about designing a catch-up vaccination schedule and instead printed off the schedule for infants and children.

“A lot of those vaccines aren’t even relevant any more, the timeline was five years and I had to get them done in the space of six months to a year,” Ms Moses said.

Eventually, a nurse back in Mullumbimby designed a plan for Ms Moses, knowing which vaccinations could be done together and how to space them out appropriately over about nine months.

Even then, some of the vaccines cost Ms Moses $100 a pop, a big outlay for a university student. “If I didn’t need it, it would have taken a lot longer because I would have found it harder to get motivated,” she said.

Ms Moses said it would be helpful if health professionals could download sample catch-up schedules for people of different ages.

Dr Wood said South Australia had a catch-up vaccination calculator for under-10 year-olds that could be used Australia wide, while additional information was in the Australian Immunisation Handbook. He added the government covered the cost of vaccines recommended for 10- to 19-year-olds. 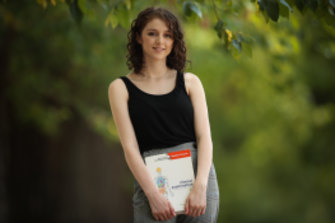 Maya Moses says studying medicine has made her more vocal about vaccinations, though the topic is controversial in Mullumbimby.Credit:Jason South

Associate Professor Ben Edwards, from the ANU Centre for Social Research and Methods, said research suggested 23 per cent of all children in 2004 were delayed in receiving immunisation, compared with only 2.4 per cent of children who were not immunised at all. A delay might be because of travel, illness or other logistical factors, whereas no vaccination at all usually suggested a blanket objection.

“I see on my news feed on Facebook, probably daily or if not a couple of times a week, someone posting strongly for and strongly against and they always get comments like, ‘You can’t really believe this, can you?’,” she said. “There are people I know who have had their children get preventable illnesses and they’re still not vaccinating their other children.”