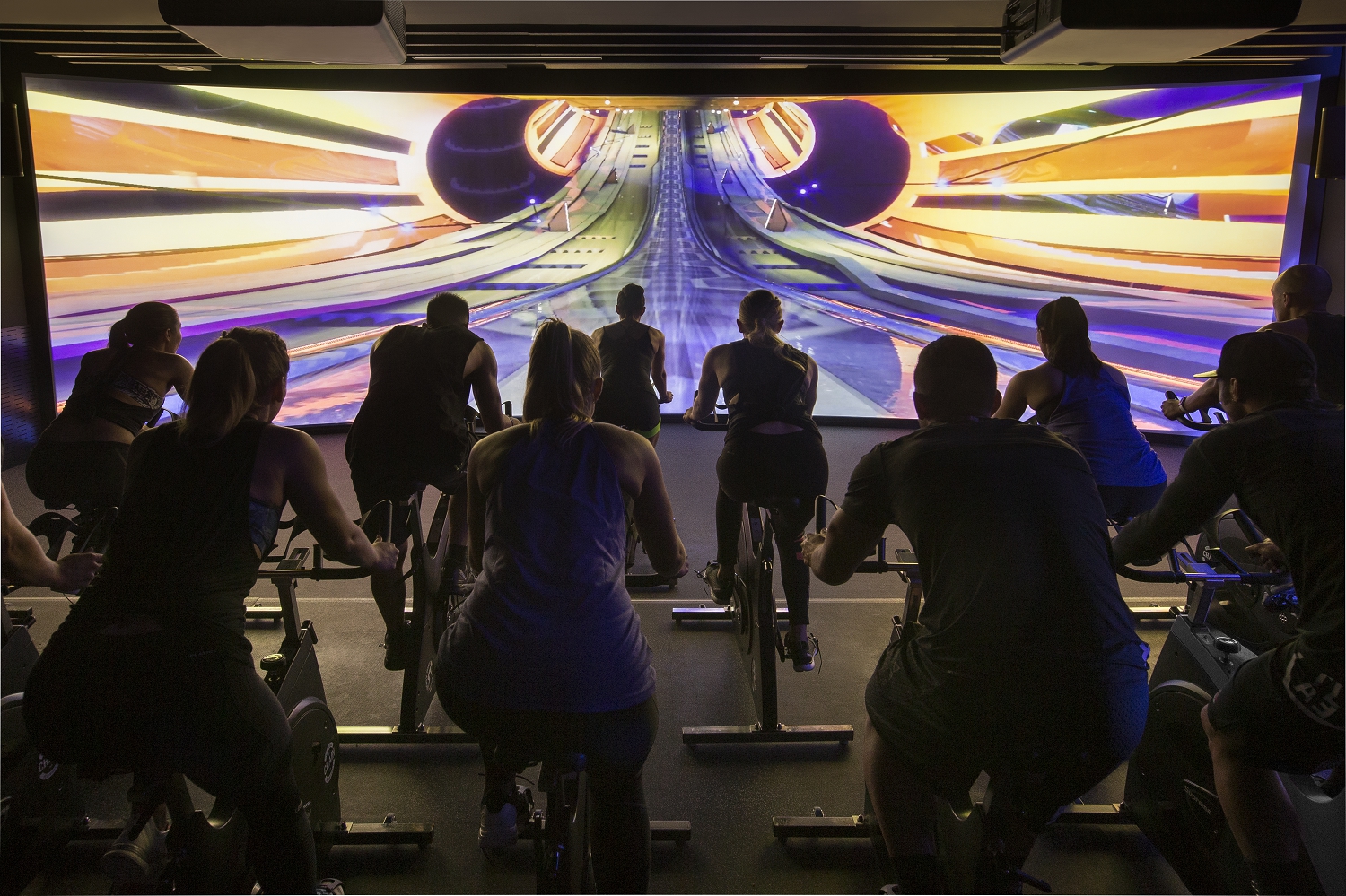 The worlds of video games and fitness have collided – so now your workout can be a fully customisable role-playing experience.

Many of you will have experienced Run Keeper, Map My Run and Strava and know how motivating it can be to overtake people on leader boards and complete challenges. But with advancements in technology, we can do so much more.

While the term is thought to  have been coined around 2008, ‘gamification’ as we know it today only really came into play around 2009/2010, says Adrian Hon, founder and CEO of Six to Start, which creates smartphone fitness games.

Its most popular game, Zombies, Run! now has 10 million players worldwide. It combines storytelling with smartphone sensors to create immersive and motivating gaming experiences in the real world. You walk, jog or run to keep the story moving.

Adrian says: ‘Before Zombies, Run! launched there were some games on the app store that turned your local area into a scavenger hunt, but Zombies, Run! is an immersive, audio-running game that uses the sensors in your iPhone and is set to the backdrop of your own playlist.

‘There’s 600+ missions to choose from in which players have to increase their speed to escape hordes of zombies. It’s interval and HIIT training made fun.’

So what impact does gamification have on your workout? Lisa Gunn, emotional wellbeing prevention lead at Nuffield Health says that when we engage in competitive physical games or sports with others, we’re more likely to exercise for longer periods.

‘Incorporating gaming mechanics into your workout regime can enhance your health and fitness levels in the same way. Engaging in a game while working out can cause your focus to shift from your physical feelings to achieving points, rewards, unlocking levels and achieving badges. This then affects how much fun you have when exercising, helping you to achieve your fitness goals, keeping you motivated and engaged, resulting in improving your overall health.’

Six to Start immersive fitness games also include The Walk – funded by the Department of Health and designed with and for the NHS – and The Home Front, launched during the pandemic, encouraging users to keep active with bodyweight exercises such as planks and push-ups, to a zombie storyline.

Gamification developments on the gym floor include Les Mills’s The Trip, launched in 2014 as an immersive spin workout through a digitally created world. David Lloyd Clubs’ Blaze class incorporates cardio, strength and boxing, with fitness tracker tech from MyZone. Participants can see their heart rate and calorie burn on big screens and compare their output to those of their classmates.

‘Gamification is a major mechanism used to motivate, improve engagement and keep users coming back for more,’ says Daniel Sobhani, CEO at Freeletics. ‘Gamification directly boosts motivation and makes working out more enjoyable. From our research, we learned that 87 per cent of people crave more fun in strength training and 73 per cent agreed exercise would be more fun if it felt like they were playing a game.’

‘Movement for money’ apps followed, such as Sweatcoin, launched in 2015 and now with over 120 million users worldwide. It turns your steps into ‘currency’ that can be used with brands including Gymshark and ESPA – or you can donate to charity.

Now, with the development of VR (virtual reality) headsets, there’s even more possibility to add a game element to your training regime. The PICO 4 headset has content from Les Mills Body Combat, AllinOne Summer Sports VR and Just Dance VR. It allows users to review their workout data, and it also recommends exercise plans based on their goals.

Fitness has even made it on to the Metaverse. Andy Hall is the creator of the first Fitness Metaverse, which will launch next year in virtual gaming world The Sandbox. ‘You’ll be able to run missions, quests, treasure hunts, as well as host events and meet-ups, plus sell digital merchandise,’ he says.

‘By gamifying exercise, it provides an easy structure to follow and provides rewards, including financial incentives, which could help turn the tide on inactivity and tap into new audiences.’

Peloton recently launched its first foray into gamification with Lanebreak, an immersive bike experience featuring challenges and rewards. According to game designer Adrian Hon, ‘there’s still lots of room for the industry to grow’.