Women who take hormone replacement therapy may have a lower risk of dying early.

A study of more than 105,000 tracked for up to 32 years showed they were 9 per cent less likely to die than women of a similar age in the same areas who had never had HRT.

About one in seven menopausal women in England are believed to be on HRT, which can relieve symptoms such as hot flushes, night sweats and depression.

Researchers at the University of East Anglia looked at the medical records of healthy women in the UK who began taking ‘combined’ HRT between 1984 and 2017 from the ages of 46 to 65.

The therapy, which replaces the hormones lost when a woman goes through the menopause, has been linked to an increased risk of breast cancer in some studies, which can affect its uptake.

But the authors of the current study say it may provide health benefits including strengthening bones and reducing the risk of breaking them.

Broken bones in older people can increase their risk of dying following infections and complications.

Nick Steel, a co-author of the study and clinical professor of public health at Norwich Medical School, said: ‘It’s exciting that this new research found that combined HRT use was linked to an overall lower risk of death, and that oestrogen-only HRT was not linked to an increased risk of death.’

The unpublished results come as the Commons is set to debate a Private Member’s Bill this week from Labour MP Carolyn Harris on scrapping HRT prescription charges.

The therapy, taken by an estimated one million women, costs about £9 per prescription, which means some women who take two types of hormone pay almost £100 a year.

The new research only found the 9 per cent reduction in the risk of dying for women taking combined HRT, which involves two hormones – oestrogen and progesterone.

Oestrogen-only HRT, which tends to be given to women who have had hysterectomies, showed no significant link with the risk of dying.

The study, commissioned by the Institute and Faculty of Actuaries, found women on combined HRT had lower rates of heart failure and type 2 diabetes than the 224,643 women of a similar age who did not take HRT, which the authors say could help to explain their lower risk of death.

The strength of the study is that it found a reduced risk of death in people on combined HRT even when factors such as their weight, high blood pressure and smoking were taken into account, and looked at a large overall patient group of almost 330,000 women.

Haitham Hamoda, chairman of the British Menopause Society, said the findings gave ‘a very positive message… and provide reassurance for women considering their options during the menopause’. 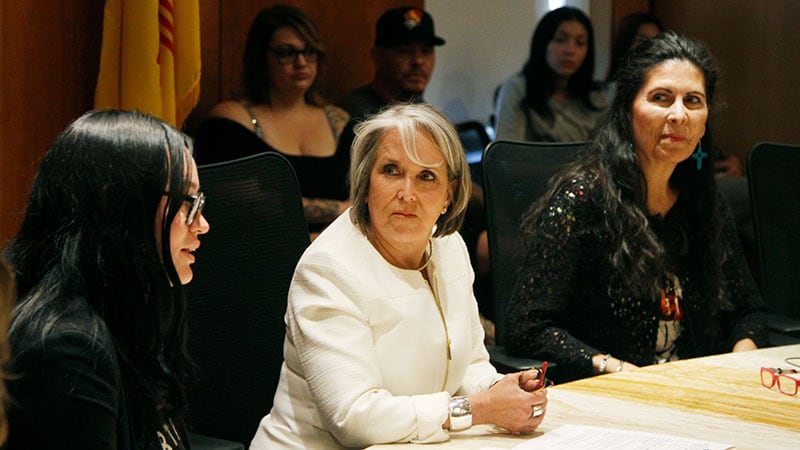