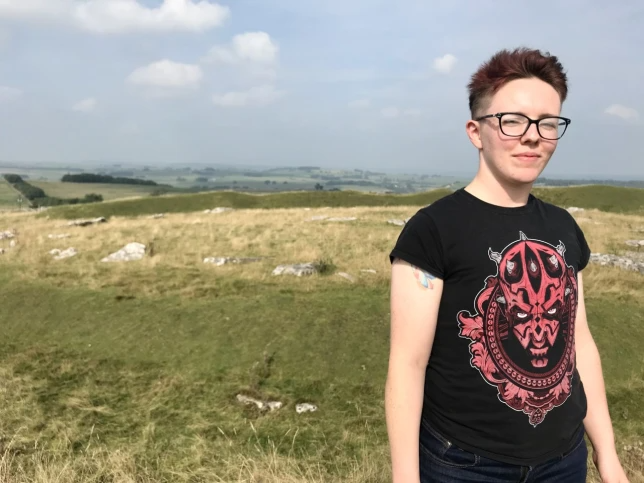 Attendance for cervical smear tests is on the decline again.

Fewer people are booking the appointments they’re advised to attend every three to five years.

This is an important distinction, and the reason why I was overdue my smear by a year at the time I called my GP.

Every time I thought I should just get it done, I just couldn’t find the courage to make the appointment.

Instead, I asked questions like: What if medical professionals don’t know I’m a trans man? Will I be misgendered? How would I react to that? How am I supposed to defend myself against the erasure I might face? How will I cope with stripping from the waist down for a stranger with a speculum?

Although I found booking my smear off-putting when I was female-presenting – largely due to social anxiety – the tests themselves weren’t uncomfortable for me back then.

But as for my first screening since coming out as male, being expected to bare my vulva was daunting enough. To some people, that part of my body means I can’t be the man I am.

I worried that I could have a healthcare provider who felt that way. It meant, as well as being nude from the waist down, I had to show up to this test emotionally naked too.

Having a vagina doesn’t make me less of a man. But my anxieties were still telling me that my hairy legs and bound chest would raise questions in the nurse’s mind about what on earth they were supposed to be looking at.

I knew I should go. It was important, beyond peace of mind over my risk of cervical cancer. I couldn’t keep putting off this invitation to free healthcare, knowing how fortunate I am to have it.

Besides, my presence in that examination room would be a statement in itself – that I could exist there, that my identity isn’t negated by the NHS care I need and deserve.

So I mustered up the courage to call.

When I turned up to my appointment, the nurse sat opposite me.

‘We screen women for human papillomavirus as part of the NHS cervical screening program,’ she reeled off from a memorised script.

I suppressed a cringe at the gendered terminology and thought about correcting it, outing myself as trans.

I let the moment pass, telling myself that notifying one nurse wouldn’t change anything.

But afterwards, I reconsidered my silence. How else are we to lift the general public out of the mire of assuming that anyone who needs a smear, or abortion care, or anything to do with vaginas, wombs, fallopian tubes or ovaries is female?

Maybe my voice at that moment wouldn’t have affected change. But now, I’ll never know if I might have opened one more person’s mind.

The nurse didn’t gender me directly, so perhaps they had an inkling that I might be trans. Or maybe they didn’t look at me as closely as I’d worried.

Aside from that, the smear went smoothly. I tried to stay calm so my body wouldn’t tense up, and there were no suspicious looks from medical professionals.

My results came back clear and I honestly wish I had gone earlier – but I’m not the only one delaying getting tested.

Even one in three cis women are uncomfortable with going to their appointment.

Findings from a recent survey covering the east of England show that embarrassment is the most common reason for not booking.

Around 64% of participants reported that they felt the same as me when they did attend – nervous at putting themselves in a physically and emotionally vulnerable position.

Alternatives are out there, but they come at cost. Private cancer test provider Check4Cancer charges £99 per HPVCheck home testing kit. This is too high a price for many, especially in the midst of a cost-of-living crisis.

Throughout the week Metro.co.uk will be sharing stories, articles and information to reflect the experiences of the transgender community and the issues they face.

For further information and support you can head to:

Assuring more people will get tested, without alienating those who are frightened or uncertain about going to their GP, means making at-home testing a free service.

In 2021, the NHS participated in trialling a free, at-home swab test which could be mailed off and screened for HPV cells in a laboratory.

As ever though, the trial itself doesn’t hold any guarantee of this option becoming an established norm.

If this had been an option for me, I wouldn’t have delayed getting tested. I could have handled asking for an at-home kit, even under my new name, if it meant not having to face the added anxiety of an in-person appointment.

While the UK-wide availability of these free tests is still in question, going to an appointment is the one available choice for many.

Pleading with people to ‘just go and get it done’ only heaps more stress on those who already find the prospect difficult, and does nothing to ease their anxieties.

I managed, in the end. But it took effort, and a year of it hanging over me.

My first screening post-coming out wasn’t as emotionally taxing as I had catastrophised it would be. I only wished I’d been more courageous about it and had stepped forward as a trans man getting his screening.

But that was what stopped me getting checked in the first place – the feeling that I needed to be brave at every step. If the appointment had been taken out of the equation, I’d have had nothing to fear from the test itself.

And neither would many others like myself, who shouldn’t have to steel themselves just to show up for their own health.