Is year-round daylight saving time a good idea? Maybe not 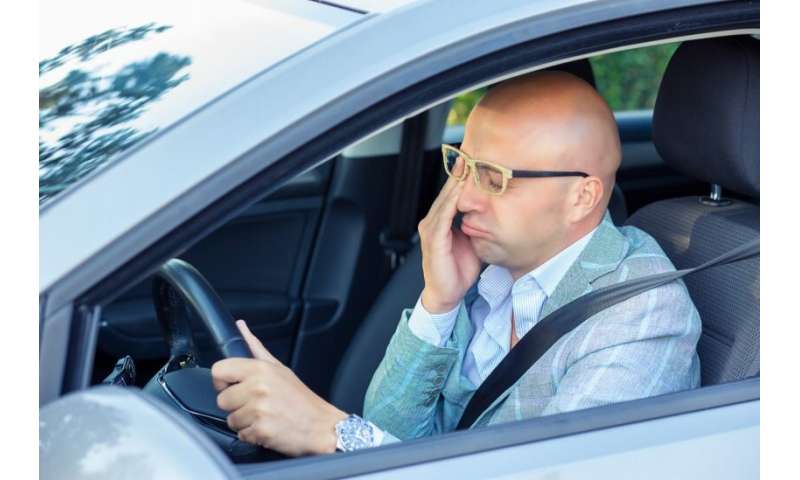 If you were yawning more than usual thanks to last week’s switch to daylight saving time, you weren’t alone.

It takes some people a full week to recover from feeling more sluggish than usual after rolling back the clock for daylight saving time. Experts call the phenomenon “social jet lag.”

Much like the jet lag we experience after flying across time zones, losing an hour upsets our circadian rhythm. That not only throws off our sleep schedule but actually has impacts on the cellular level, since many biological functions are timed to that clock.

“It really messes people up,” said Steve Kay, the director of the USC Michelson Center for Convergent Bioscience who is considered one of the preeminent experts in circadian rhythm.

“It affects human performance. The data has been clear in terms of traffic accidents and there’s also data that it’s not great in terms of cardiovascular health: Heart attacks go up.”

Research shows there are all kinds of health concerns when it comes to circadian disruption. When experienced long term, as is the case with night shift workers, an individual’s likelihood to develop obesity, Type 2 diabetes or cancer increases, according to USC experts.

OSHA includes daylight saving time side effects in its trainings, since workplace accidents increase by about 6 percent.

Some proponents of the proposition brought up the health concerns, such as upticks in traffic accidents and heart attacks, but USC experts say they’re missing the mark. Permanent daylight saving time wouldn’t solve this issue; instead, it would prolong it—adding more days of social jet lag to the year.

Less light in the a.m. with year-round daylight saving time

There’s a long-held understanding that experiencing light when you first get up is good for you, said USC Assistant Professor Travis Longcore, who researches night lighting. If we could shift our work and school schedules to accommodate the time change we would be fine, he said, but we don’t. That “summer schedule,” during which most of us wake up before the sun, could have real health implications if done long term.

A study on 150,000 nurses found that, over the course of five years, those who worked the night shift had a 30 percent higher chance of developing Type 2 diabetes. If they had other unhealthy habits on top of that, such as smoking, the diabetes risk increased threefold. There’s also research that shows night shift workers are more likely to engage in unhealthy behavior, such as having a poor diet or exercise habits.

Longcore noted a study on four million Americans, comparing how far east they lived in their time zone with cancer rates. People who lived west within their time zones saw impacts: each 20 minutes of later sunrise increased certain cancers by 4 to 12 percent. In California, farther-west San Francisco would be hit harder than L.A., where the sun rises earlier, he said.

A recent study by Kay and his team showed that circadian disruption changed the way cells function to the point of increasing disease risk, including cancer.

It’s also a change that could disportionately impact teenagers, whose clocks are biologically shifted to wake up later. When they sleep in late on the weekends, it’s not just lethargy—it’s biology, Kay said. That’s the reason some schools are shifting their start times. A study showed students got 34 minutes more sleep, on average, when school started later.

“As we age, our biological clocks shift earlier,” Kay said.

If anything, both Kay and Longcore agree, California should consider switching permanently to standard time, like Hawaii and Arizona. The Society for Research of Biological Rhythms penned a letter to the author of Proposition 7 in support of that. Although it would mean earlier nights, it would address the health implications associated by starting your day in darkness.