Celebrities often sing the praises of the trainer or diet guru who supposedly transformed their body. They are less inclined publicly to laud the psychiatrist who transformed, or saved, their life. Yet, in Trauma: The Invisible Epidemic, that is precisely what Stefani Germanotta does.

Germanotta, better known as Lady Gaga, recalls in 2017 being “gently thrown” into the emergency care room of a New York hospital while suffering a psychotic episode. At that moment, feeling incensed and disorientated, the 31-year-old met her new psychiatrist, Dr Paul Conti, the man who ultimately, she says, “saved my life”. 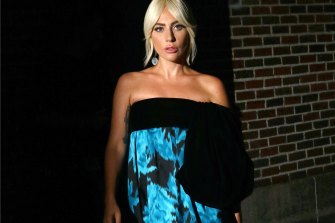 Lady Gaga credits Dr Paul Conti with saving her life when the impacts of trauma had left her paralysed. Credit:Shutterstock

“He made life worth living,” writes Germanotta, in the foreword to Conti’s new book. “But most importantly, he empowered me to find and reclaim myself again.”

What did the Stanford and Harvard trained psychiatrist do to have Germanotta, along with other celebrities like Kim Kardashian and Tommy Hilfiger, speaking out with such veneration?

In a system designed for “rapid throughputs” and “Band-Aid” solutions, he did something that he is not uniquely capable of but takes time to do, he says: he got to the root cause and spent the necessary human time required to help them heal.

The root cause of many people’s problems, Conti has come to believe, is trauma: an insidious issue that is not sufficiently understood, discussed or treated.

Until she met Conti, Germanotta hadn’t connected the trauma of a rape that left her pregnant when she was 19 years old to her fibromyalgia, a condition which caused “incredible, intense pain” throughout her body.

It is the way trauma changes the biology of our brains, twisting our thoughts so that we blame ourselves and want to hide our shame that causes it to fester and ultimately wreak havoc on our lives. 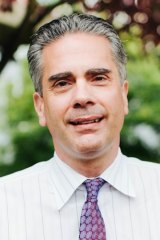 “It’s typical for people to turn all this pain inward, which gives rise to so many of the problems that plague us – drinking excessively, abusing drugs, ignoring medical issues, staying in harmful relationships, eating poorly, losing sleep,” Conti writes. “And then there are the problems that come from turning this pain outwards – child abuse, rape, hate crimes, beatings outside of schools and bars, road rage, accidents from reckless driving.”

Trauma ages our cells beyond their chronological age, changes hormones and neurotransmitters, and alters gene expression in ways that can transmit through generations.

“We need adversity to build resilience, but it is not true that what doesn’t kill us makes us stronger,” says Conti, over Zoom from Portland, Oregon. “The trauma that doesn’t kill us can make us weaker in all sorts of ways. It can predispose us to depression, sleep problems, heart attacks, strokes, immune disease, and we can pass that on to children even if children are conceived years later.”

And, though it is discussed more often, trauma is not limited to PTSD.

“The kind of trauma I’m interested in and write about in the book is the trauma that overwhelms our coping mechanisms and leaves us different – our brains different – going forward,” he explains. 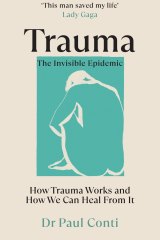 Trauma can be acute – an assault, medical crisis, a car accident, the death of a loved one; it can be chronic – racism, abuse, bullying; or it can be vicarious – being present to the pain of others and, as a result of empathy, taking on their terror and suffering.

The fact that forms of trauma other than PTSD, aren’t recognised or included in the Diagnostic and Statistical Manual of Mental Disorders “makes no sense”, he says. “There are post-trauma syndromes that are not PTSD but are no less valid in terms of what’s going on in our brains.”

Conti understands this intimately. As a 25-year-old, he found himself hijacked by trauma when his 20-year-old brother Jonathan killed himself.

“I felt guilty and ashamed and responsible. It was harder for me, for a period of time, to take care of myself and navigate the world.”

With support and understanding, Conti was able to steer himself back on course, and it inspired the New Jersey native to pursue his career in psychiatry.

“It was only when I was out of training and working as a psychiatrist a lot that I went ‘Oh my God, this is at the root of so much of what I am trying to treat – that elderly person and their depression, that younger person and their drug addiction, that middle-aged woman and her panic attacks’.”

Trauma, he says, is eminently treatable and research suggests most people do recover, though he believes popular techniques like Cognitive Behaviour Therapy (CBT) – which helps you become aware of and challenge problematic thoughts and behaviours – are unhelpful: “It’s a great way to polish the hood… and the car looks better when you polish the hood, but it doesn’t mean it works better if the problem is in the engine.”

Instead, post-trauma growth and resilience require us to shine light on the guilt and shame and anxiety that keeps it “festering inside us like an abscess”: “What trauma makes us do is keep from us exactly what we need.”

And what we need, he proffers, is time. Time for “heartfelt grieving”. Time and a willingness to sit with what feels unbearable, at least until the grief inevitably loosens its grip. And time to reorient and open ourselves to help only other people can provide.

Crisis support is available from Lifeline on 13 11 14.