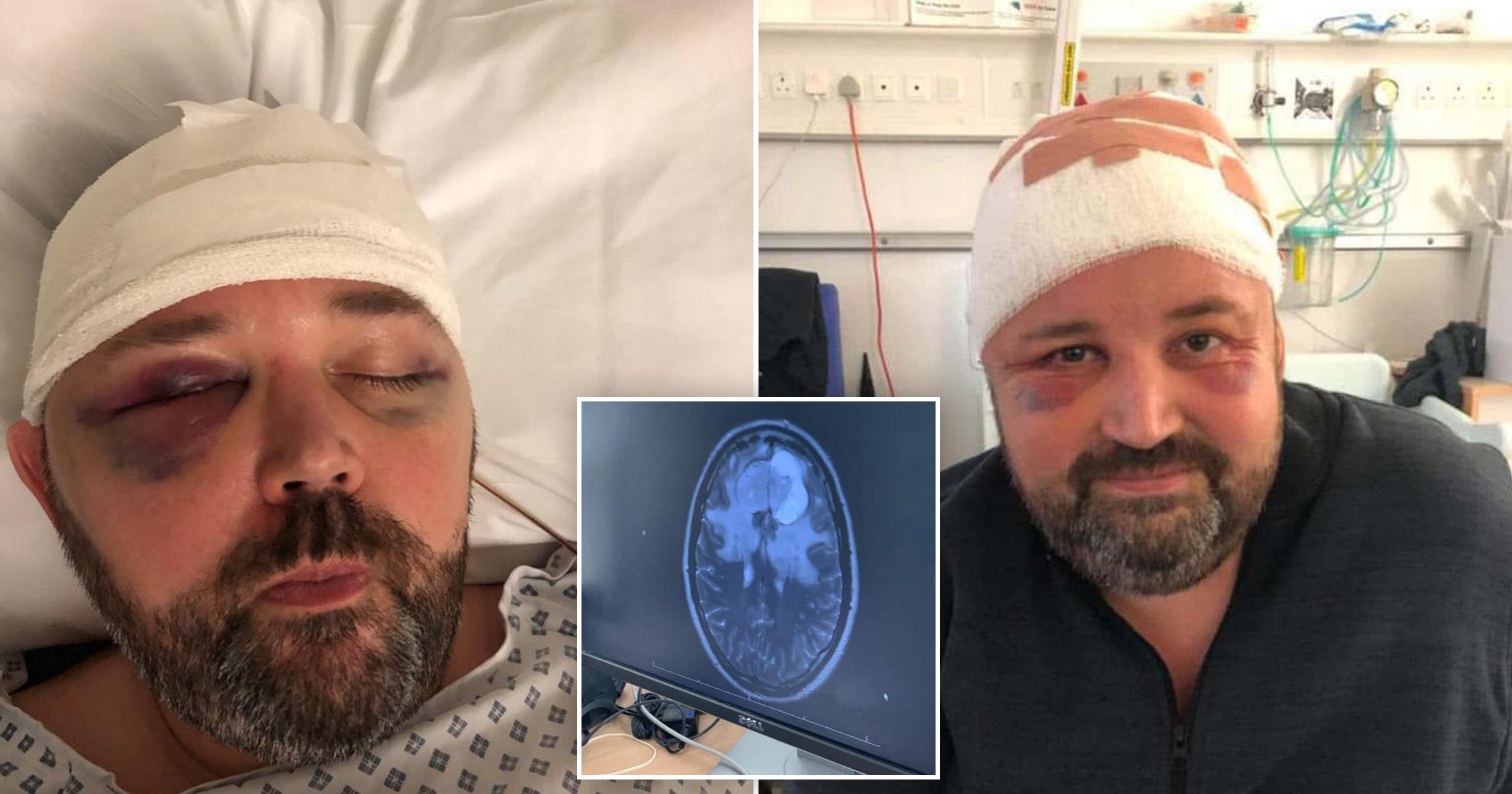 When Tim Cooper started experiencing headaches, he found they generally went away with sleep – so didn’t approach his doctor about them.

But on October 28 2018 he suddenly collapsed on the street – after a session of golf with friends.

Tim, from Sutton, was rushed to hospital where he received an unexpected diagnosis.

It wasn’t long before doctors discovered the 57-year-old had an enormous tumour in his brain – that was actually two separate ones that had fused together.

Tim, an entrepreneur and author, says: ‘I was not able to take all this in when it was explained to us as I was heavily sedated with the medication I have been put on.

‘My wife completely realised the full magnitude of the diagnosis and had to face this all on her own.

‘It was an incredibly difficult time for both of us and what our future might hold.’

Medics were shocked Tim hadn’t experienced any other symptoms and stressed that the fused tumours had been growing for up to five years.

And while the two tumours were not cancerous, doctors said he would need surgery to remove them.

The subsequent procedure on November 20 was a success and after 11 days in hospital, Tim was able to go home.

But this was only the start of his journey.

He explains: ‘As a result of how much my brain was cut into for the surgery, I suffered from organic psychosis which was compounded by a bad reaction to my anti-epileptic medication which caused some serious side effects.’

Tim found that his behavior became erratic, as a result.

‘My psychosis was really taking hold of me and putting extreme pressure on my marriage, I had become aggressive, acting strangely and making irrational decisions,’ he adds.

He was admitted to hospital again and spent seven days with the neuropsychiatric team, who prescribed an antipsychotic medication.

Slowly, Tim’s condition started to improve – and throughout lockdown he continued to work with his team, who were gradually able to reduce his medication.

And in February 2021, the 57-year-old was discharged by his neuropsychiatrist.

Now, Tim’s writing a book about his experience, titled The Stone in my Head, in collaboration with national biographer StoryTerrace.

He adds: ‘I felt I had to write it to give hope to others. I am one of the lucky ones.

‘I had received such support from St Georges and the NHS that I felt I had to write a book about my experiences overcoming a very nearly fatal moment in my life.

‘I have a story that I hope provides hope to others and that there is a chance to come through to the other side.

‘My motto throughout was onwards and upwards and that remains the same today.’