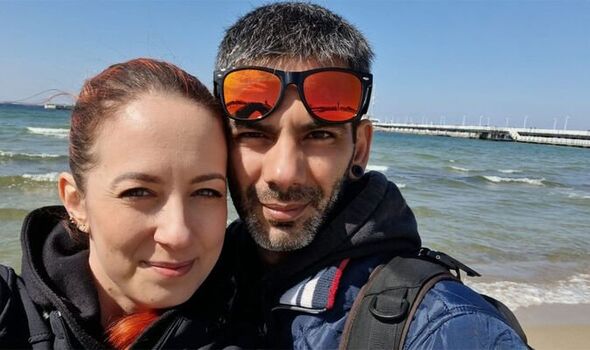 A man who tried to find an NHS dentist for two years has told of his sadness after all of his teeth fell out, leaving him facing a £40k bill.

Dentists were baffled after Aleksandar Stoilov, 35, started losing his teeth six years ago, forcing the student to only eat pureed foods.

According to the Mirror, Aleksandar tried to see an NHS dentist but was placed on a waiting list for two years and failed to see anyone. Without a dentist’s referral, he could not visit a dental hospital either so, in the end, he flew back to his home country of Bulgaria to see a professional – but they were stumped.

Now Aleksandar, from Bristol, can only eat soft foods that his wife, 34-year-old Patrycja Dwojacka, blends for him.

Aleksandar, who lives with his wife, a maternity care assistant, and their two children Tara, 10, and Kaspian, eight, said: “They said it was a kind of mystery, but it could just be stress – or it could be a result of an antibiotic that was used on me as a newborn, which was later shown to weaken teeth. When I was a baby it was a common thing to be used, I’ve been given it.

“Right now I have almost no teeth, I’m living without them as I can’t afford to get them fixed in the UK. They want me to pay £35,000 – they have to extract the roots from the jaw, but they could get infected and if I have them removed and not replaced then I lose some of the jaw bone. I already have one point where the jaw bone is disappearing – to have them all extracted will cost £5,000.

“It’s ridiculous, I can’t afford that – I don’t know who can, but I need to get them removed as soon as possible because there are health issues coming from them being there.” 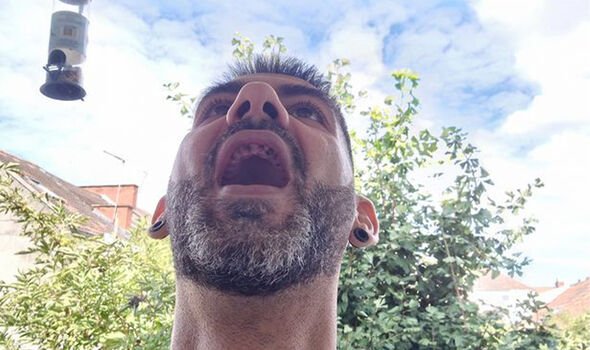 When he was younger, Aleksander had no problems with his teeth and said he always looked after his mouth, so he was shocked when he started losing teeth.

He continued: “Everything started around six years ago. In general, I didn’t have any problems with my mouth – just normal cavities here or there. I needed a few fillings, just normal problems like everyone else – then my teeth started to snap.

“When the first one snapped I was shocked because I didn’t expect it, I was eating some bread and it just broke – it was a horrible feeling. For three weeks they kept breaking, at least ten of them. It took five years for them all to break. It wasn’t painful at all, it’s just when I was eating I would feel the crack and that was it. They broke very close to the gum, for something like two to three weeks a lot of teeth just broke. There was no blood, either.

“One day I lost two teeth from just eating. I’m not talking about eating anything hard, it was just normal food.”

With fragile teeth, Aleksander soon learned that he could not eat normal food as something as simple as bread could cause more to break. 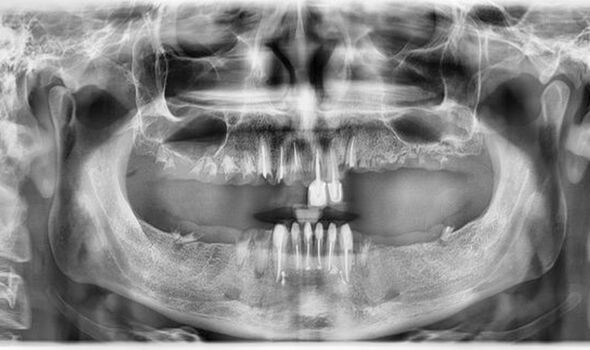 Patrycja started blending food for Aleksander – including a bucket of KFC chicken.

He continued: “I can’t eat at all, I’m eating mashed potatoes and very soft meatballs that my wife is preparing for me. This is because my last tooth broke a couple of days ago – I have no teeth, I cannot chew. I haven’t been able to for years.

“I had blended KFC, that happened the day when I had my tooth broken. I broke it because I wanted to try the fried chicken but I was still hungry so my wife blended it so I could taste it – it wasn’t worth it, it was disgusting and very salty. I can’t take eating blended food, it’s disgusting – it’s horrible. It’s a bad feeling, I don’t like the texture.

“My wife, she’s upset about it but she knew when we met that I have a problem with my teeth and she’s supportive – she does whatever she can to make my life easier.

“It would have been impossible to date without teeth, if I wasn’t married. I don’t communicate or socialise with people anymore – not at all. I only talk to my wife and my kids. At work, I’m trying to move my head aside and that’s it. 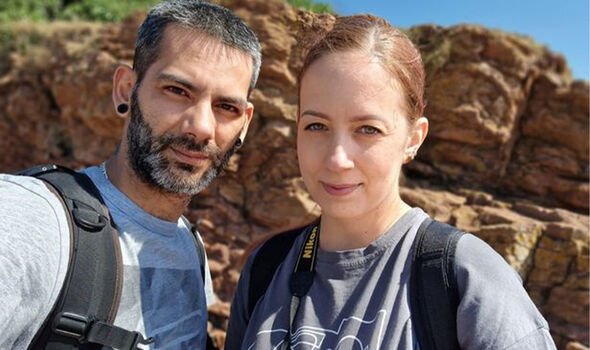 “It’s very difficult, from there of course anxiety started to hit me so I’m suffering with that – for the past two years now. A little while ago I had a week of panic attacks and anxiety, I’m not saying that’s coming because of the teeth, it’s just stress about everything.

“This is my last year in university, how am I going to go to an interview without teeth? My dream is to be a magazine or newspaper photographer and you have to interact with people. I also have a problem with my digestion system, because I cannot chew really I have to swallow bigger pieces and that’s caused issues. It’s a nightmare, I don’t know what to say really – it’s a sad story, I used to have good teeth.” I’m trying to raise money through GoFundMe, I need people to help me – I have no other options really.”

To save costs, Aleksander has spoken to a dentist back home to get a cheaper quote, and he’s found a way to solve the problem for £10,000: “In my country, there is a very famous dental clinic where British people go because it’s cheaper. I contacted them two years ago and they quoted me £10,000 to do all the work – constructing teeth, reconstruction of the jaw, all the implants and everything – that’s why I’m trying to raise £10,000 online.”

While Aleksander’s situation is dire, it’s also had an impact on his family as they feel helpless. Patrycja said: “It’s a very difficult situation in general because the quality of life and quality of certain things that he can eat is limited, I know some people can say you can cook soft foods and all that but if you don’t have a taste for that then there’s a problem.

“We eat pizza, me and the kids, but it’s too hard for Aleksandar to chew. Or any crispy stuff, or nuts, even though we tried to blend food so there’s a little bit of taste, but it’s not good.

“I tried making him apple sauce because he said he missed the taste of apple, he liked it but it’s not the same.

“It’s upsetting to see someone suffering in this way, mostly when he has anxiety kicking off and panic attacks – I know there’s nothing wrong with him but he’s certain he’ll have a heart attack in a minute, it’s heartbreaking to see. I wish there was something to be done, not only for the visual part but for his health and mental state.”

The British Dental Association have described Britain’s situation as a crisis at “tipping point”, with 90 per cent of practices unable to offer appointments to new adult patients.

A spokesperson said: “NHS dentistry is at a tipping point, with millions unable to get the care they need and more dentists leaving with every day that passes. We’re seeing the results of years of chronic neglect, set into overdrive by the pressures of the pandemic. The question now is will Ministers step up before it’s too late?

“Nothing we’ve heard from Government to date gives us any confidence this service has a future. Without real reform and fair funding NHS dentistry will die, and our patients will pay the price.”