Man who landed in hospital after swallowing coin at party swears off stunt: 'Dad thinks I'm an idiot' 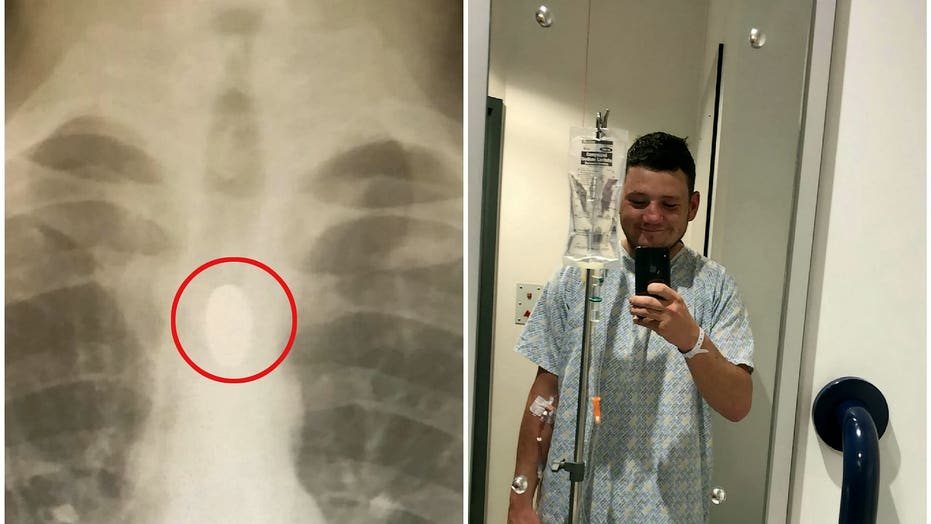 A 22-year-old man who said he thought it would “be funny” to swallow a coin while out at a party was later rushed to the hospital when he realized the objected had become lodged in his throat. 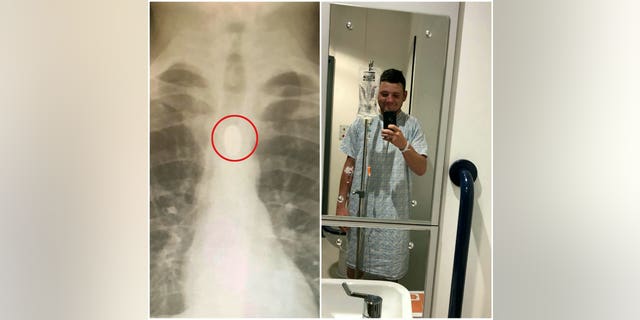 Greig Irvine said he had attempted the stunt several times in the past with no adverse effects.
(SWNS)

“It got stuck but I could still breathe,” Greig Irvine, of Glasgow, told SWNS. “I wanted to make myself sick just so I could get it out. It was weird because it always goes according to plan as it would come out in the toilet later. I could feel it in my chest but I just kept on drinking.”

Irvine said he got nervous hours later and didn’t want to fall asleep over fear that he would die, so he went to Queen Elizabeth University Hospital, where doctors ordered an X-ray to spot the coin. 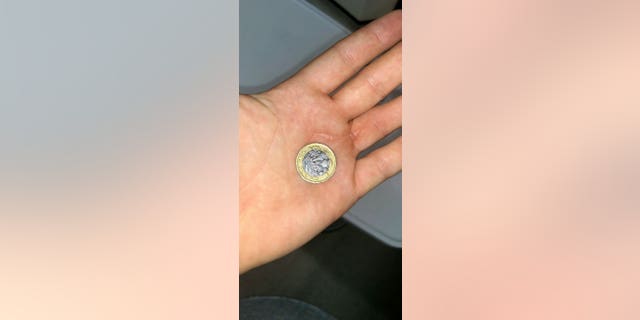 Surgeons removed the coin and he said he missed several days of work.
(SWNS)

“They put me to sleep and put a camera in my throat and pulled it up,” Irvine, who claims he missed several days of work and felt guilty about taking the place of a patient in need, told SWNS.

Irvine, who said his dad “thinks I’m an idiot,” said he won’t be swallowing any more coins in the future.

Irvine’s misfortune could be a good one to relay to young kids as a cautionary warning. A study released in April found that in 2015 there were nearly 43,000 visits to emergency rooms among kids under 6 due to swallowed toys, coins, batteries and other objects. That number nearly doubled the 22,000 such visits recorded in 1995.