New Hampshire woman, 52, becomes first American to get a SECOND face transplant after the donor skin she received six years ago started to fail

For the second time in a decade, a New Hampshire woman has a new face.

Carmen Blandin Tarleton’s face was left disfigured after she was attacked by her estranged husband with a baseball bat and doused with lye in 2007.

Six years ago, she received a face transplant at Brigham and Women’s Hospital in Boston, but, in 2019, doctors discovered tissue damage.

Luckily, surgeons were able to find a new donor and she received the transplant in July, the first American and second person globally to have the procedure done a second time.

The 52-year-old former nurse is expected to resume her normal routine, which all but ended when the first transplant failed.

‘I’m elated,’ Tarleton told The Associated Press, in an exclusive telephone interview from her home in Manchester.

She is still healing from the operation so photos are not being made available of her new face.

‘The pain I had is gone,’ she said. ‘It’s a new chapter in my life. I’ve been waiting for almost a year. I’m really happy. It’s what I needed. I got a great match.’ 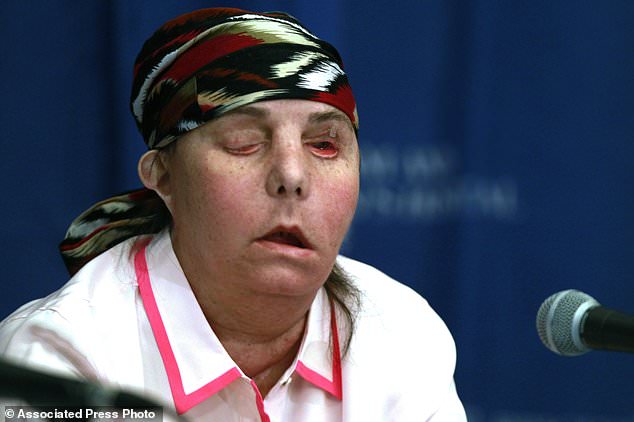 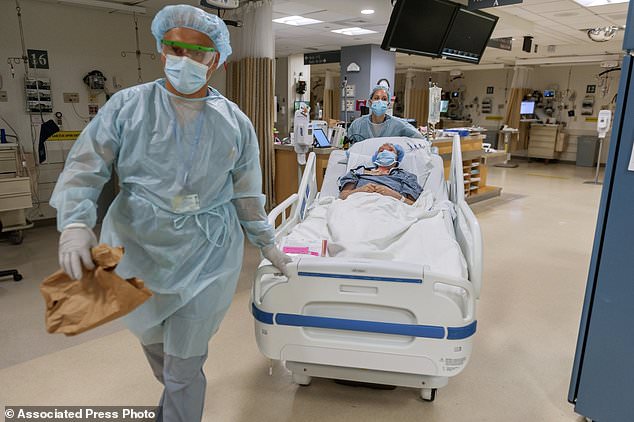 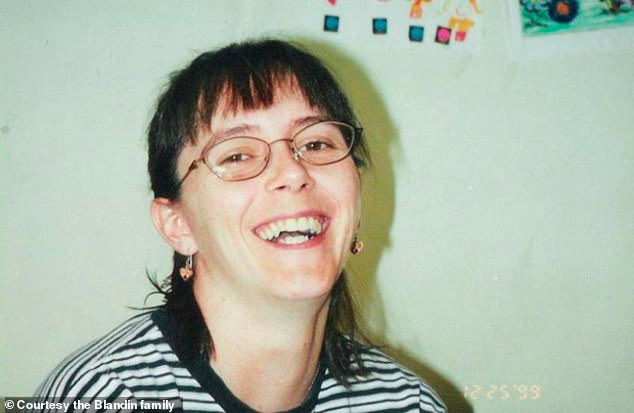 Tarleton was left disfigured after her estranged husband beat with her a baseball bat and doused her with lye in 2007. Pictured: Tarleton before the attack, undated

More than 40 patients worldwide have received face transplants, including 16 in the US. None of the American patients had lost their donor faces until Tarleton.

But in January 2018, a French man, Jerome Hamon, whose immune system rejected his donor face eight years after his first transplant underwent a second surgery.

Dr Bohdan Pomahac, who did Tarleton’s first face transplant, was hesitant to perform another and favored doing reconstruction surgery instead.

But his team became convinced of the merits of a second transplant after Tarleton described how much the first one improved her life.

‘She really wanted to try one more time,’ said Pomahac, who led the 20-hour, second operation.

A team of around 45 clinicians removed the failing transplant and then prepared sensory nerves and blood vessels in the neck for the surgical connection.

The face was then transplanted, and Tarleton will gain sensory and motor function in the coming months.

Unlike her first transplant, the donor this time around was considered a much better tissue match.

Because of her previous injuries before the first transplant, 98 percent of donors were incompatible matches.

Even then, the first face led to several cases of acute rejection, in which the body attacks the new face and strong drugs are needed to suppress the immune system.

‘Now, I am very optimistic and hopeful that it will last a lot longer than the first transplant,’ said Pomahac, who has described the match as miraculous.

‘But, of course, that is wishful thinking, speculation. I don’t know. She really got lucky.’ 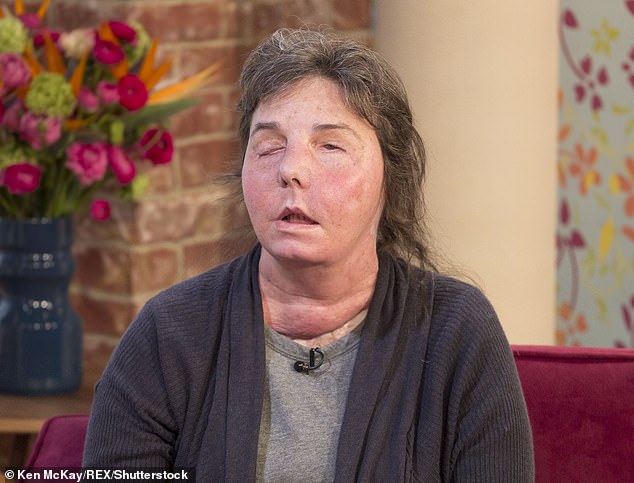 The first transplant transformed Tarleton’s life, helping her get off strong medication for her pain and begin traveling. Pictured: Tarleton on ‘This Morning’ in London, January 2014 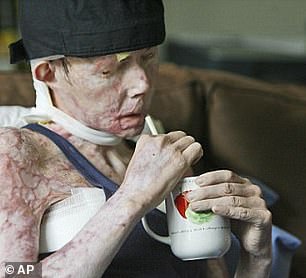 Last year, the face began to fail and Tarleton (left and right_experienced scarring, tightness and pain because of a loss of blood flow to her face. Black patches appeared on her face, her eyelids contracted and her lips began disappearing.

Brian Gastman, a plastic surgeon at the Cleveland Clinic who led its last two face transplants, said Tarleton’s case illustrates the limitations of these procedures.

‘When you look at most organ transplants, there is a shelf life,’ Gastman, who was not involved in Tarleton’s surgery, said.

‘We are getting to the point where these face transplantations are hitting against the maximum number of years someone can have one in.’

Tarleton was burned on over 80 percent of her body and blinded in 2007 when her estranged husband, Herbert Rodgers, beat her with a baseball bat and doused her body with lye because he thought she was seeing another man.

In 2009, Rodgers pleaded guilty to maiming his wife in exchange for a prison sentence of at least 30 years. He died while serving in 2017.

The first transplant transformed Tarleton’s life. She was able to wean herself off strong medications for her pain, took up the piano and banjo, and began walking five miles a week.

She has been able to travel and give inspirational speeches, often speaking of how she had forgiven Rodgers.

Tarleton also became close friends with the daughter of her first donor, a 56-year-old woman who died of a stroke. She also got a synthetic cornea in her left eye.

But, by last year, the face was failing. She began experiencing scarring, tightness and pain because of a loss of blood flow to her face.

Black patches appeared on her face, her eyelids contracted and her lips began disappearing, making it difficult to eat. She was mostly housebound and resumed taking strong pain medications.

‘I couldn’t do anything,’ Tarleton said. ‘I was pretty much in pain.’ 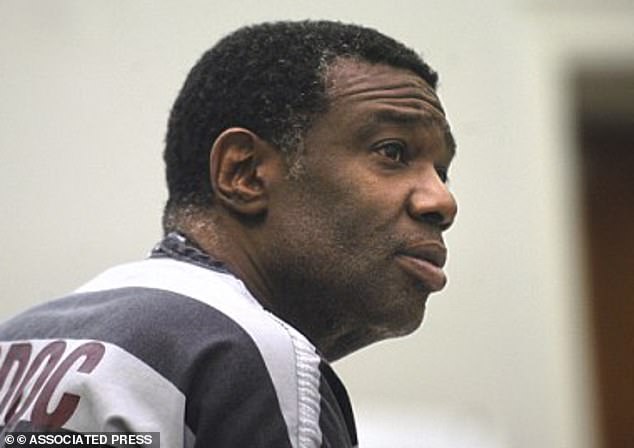 In 2009, Tarleton’s estranged husband, Herbert Rodgers (pictured), pleaded guilty to maiming her in exchange for a prison sentence of at least 30 years. He died in prison in 2017 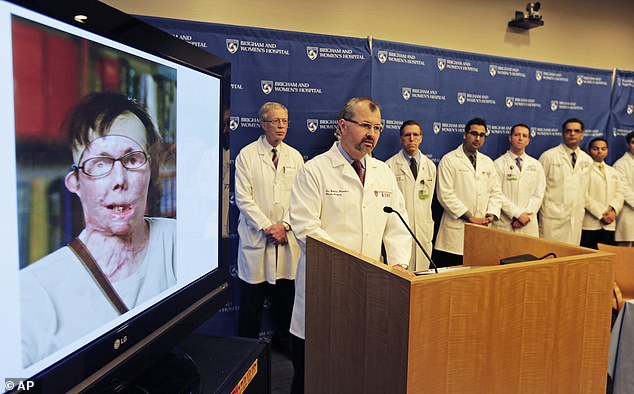 Tarleton is currently recovering at home and the donor this time is considered a much better tissue match. Pictured: Dr Bodhan Pomahac (at podium) with his surgical team, speaks to reporters regarding the face transplant of Tarleton (pictured left) in February 2013 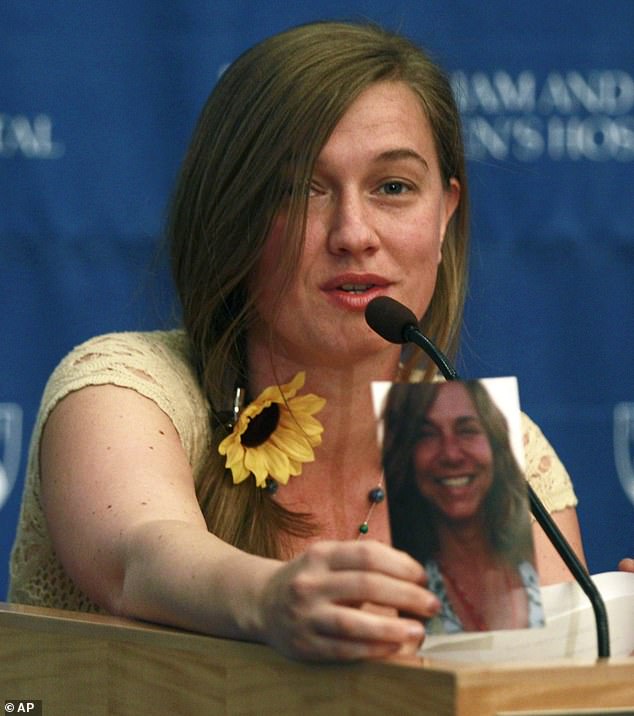 She also became close friends with Marinda Righter, the daughter of her first donor, Cheryl Denelli-Righter, a 56-year-old woman who died of a stroke. Pictured: Righter holds up a photo of her mother a press conference, May 2013

Face transplant patients are even at greater risk for rejection than recipients of solid organs because the skin is very immunogenic, meaning it is likely to elicit an immune response.

According to NYU Langone Magazine, of the roughly 40 transplants performed around the world, only two have yet to experience a rejection episode.

Tarleton requested in October to be put the hospital’s list for a second face.

That process took much longer, in part, because she was taken off the list for two months because of the coronavirus pandemic. She was added back on when the state allowed elective surgeries to resume.

Now that she has her new face, Tarleton is hoping to once again travel and give inspirational speeches – those will be on Zoom until there is a coronavirus vaccine.

For now, she is still getting used to her new appearance.

‘This face looks very different than my first one and I can appreciate that. It’s a different person,’ she said, adding the new face allows her to ‘fit in a little better, don’t get stared at so easily.’

‘It is strange. I am not going to lie,’ she added. 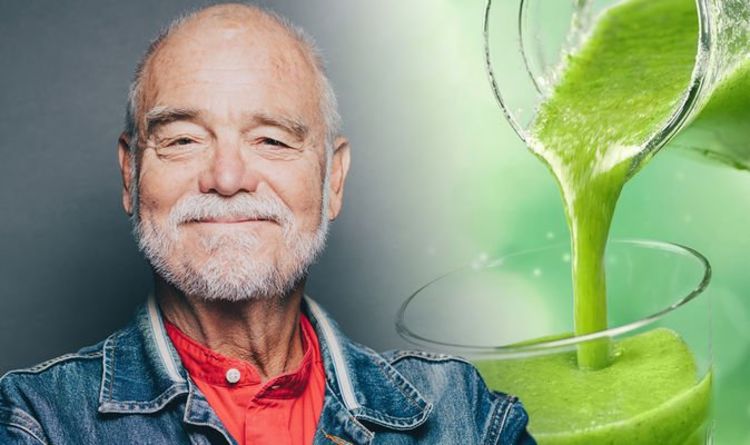 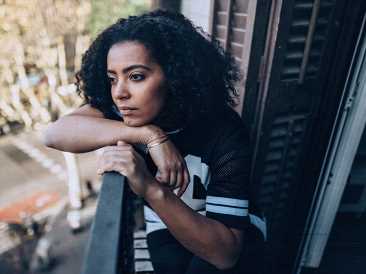 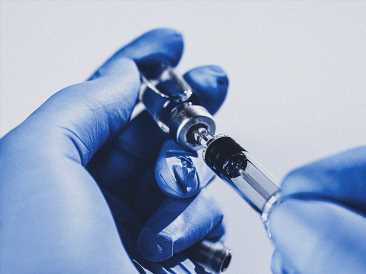 Testosterone as a possible alternative to weight loss surgery
Medications