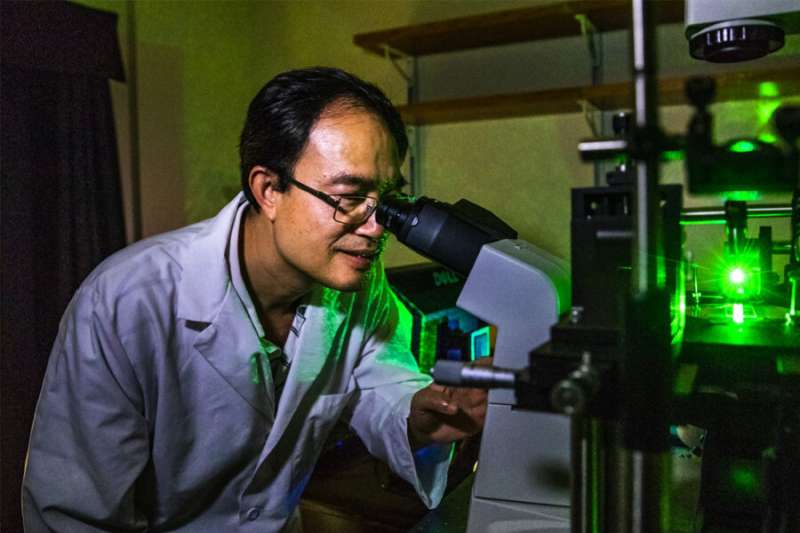 A Florida State University College of Medicine researcher has made a discovery that alters our understanding of how the body’s DNA repair process works and may lead to new chemotherapy treatments for cancer and other disorders.

The fact that DNA can be repaired after it has been damaged is one of the great mysteries of medical science, but pathways involved in the repair process vary during different stages of the cell life cycle. In one of the repair pathways known as base excision repair (BER), the damaged material is removed, and a combination of proteins and enzymes work together to create DNA to fill in and then seal the gaps.

Led by Eminent Professor Zucai Suo, FSU researchers discovered that BER has a built-in mechanism to increase its effectiveness—it just needs to be captured at a very precise point in the cell life cycle.

The study appears in the current issue of Proceedings of the National Academy of Sciences.

In BER, an enzyme called polymerase beta (PolyB) fulfills two functions: It creates DNA, and it initiates a reaction to clean up the leftover “chemical junk.” Through five years of study, Suo’s team learned that by capturing PolyB when it is naturally cross-linked with DNA, the enzyme will create new genetic material at a speed 17 times faster than when the two are not cross-linked. This suggests that the two functions of PolyB are interlocked, not independent, during BER.

The research improves the understanding of cellular genomic stability, drug efficacy and resistance associated with chemotherapy.

This research examined naturally cross-linked PolyB and DNA, unlike previous research that mimicked the process. Prior to this study, researchers had identified the enzymes involved in BER but didn’t fully understand how they worked together.

“When we have nicks in DNA, bad things can happen, like the double strand breaking in DNA,” said Thomas Spratt, a professor of biochemistry and molecular biology at Penn State University College of Medicine who was not a part of the research team. “What Zucai found provides us with something we didn’t understand before, and he used many different methods to reach his findings.”

In addition to revealing PolyB’s functional dynamics, the team proposed a modified BER pathway and is testing the pathway in human cells.

“We have been able to dig deeper into a fundamental pathway for which the pioneer Tomas Lindahl shared the Nobel Prize in Chemistry in 2015,” Suo said.