In a recent study posted to the bioRxiv* preprint server, researchers at Emory University used severe acute respiratory syndrome coronavirus 2 (SARS-CoV-2) Washington (WA.1) and Omicron (BA.1) strains to test for mutations that could result in resistance to the antiviral drug nirmatrelvir. 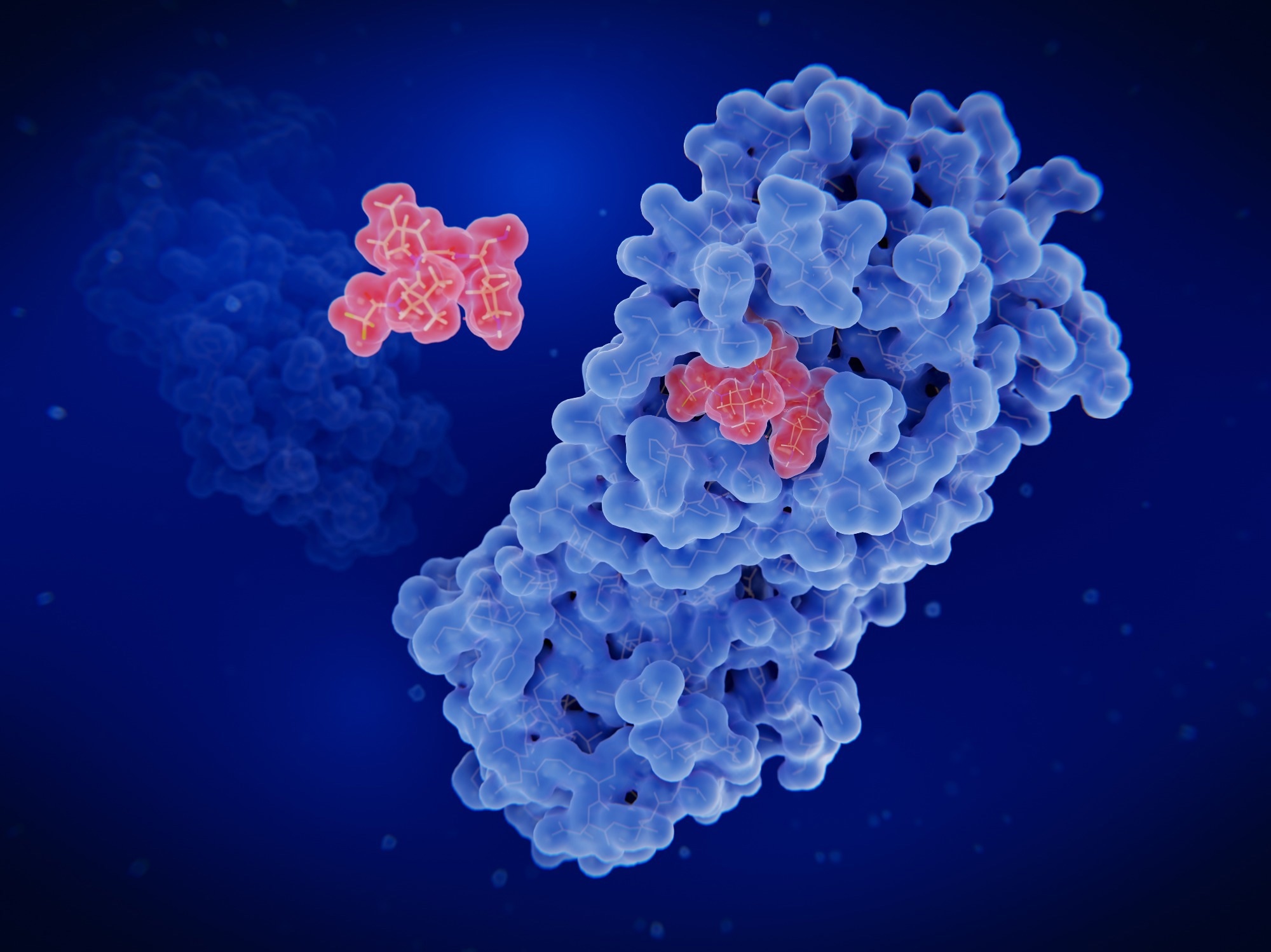 Compilation of the top interviews, articles, and news in the last year.
Download a free copy

As a result of the Coronavirus disease 2019 (COVID-19) pandemic, numerous antivirals and vaccines have been developed to control SARS-CoV-2 infections. While vaccines have been effective in preventing severe infections, antivirals are essential in treating infected individuals with severe symptoms. Remdesivir, which targets the non-structural protein (nsp) 12 or the viral ribonucleic acid (RNA)-dependent RNA polymerase to inhibit the replication of SARS-CoV-2, was the first antiviral approved by the United States (U.S.) Food and Drug Administration (FDA).

Other FDA-approved antivirals include molnupiravir (Lagevrio) and Paxlovid, a combination of nirmatrelvir and ritonavir. Nirmatrelvir mimics the substrate of nsp5 and binds to nsp5’s active site. While recurrence of SARS-CoV-2 infections has been reported in patients treated with Paxlovid, there has been no evidence of mutations in the SARS-CoV-2 strains that might result in nirmatrelvir resistance. However, given how the rapidly emerging SARS-CoV-2 variants have been exhibiting increased resistance to vaccine-induced immunity, it is vital to understand how mutations in the nsp5 region close to the nirmatrelvir binding site might influence viral resistance to nirmatrelvir.

In the present study, the researchers used site-directed mutagenesis to design mutations at the residues flanking the nirmatrelvir binding site based on crystal structures of the nsp5 of the WA.1 SARS-CoV-2 strain. A luciferase complementation reporter assay and human embryonic kidney 293 (HEK293) cells were used to assess the impact of the nsp5 mutations on the protease activity. The assay indicates the absence of protease cleavage through increased NanoLuc activity.

SARS-CoV-2 replicons based on the WA.1 and BA.1 strains were used for constructing mutant versions for assessing the impact of changes in the nsp5 residues on nirmatrelvir resistance. Twelve replicons carrying various putative antiviral drug-resistant mutations were constructed, and their susceptibility was tested against different antivirals. The half-maximal effective concentration (ED50) was calculated for each antiviral. Additionally, the expression of the reporter gene of the 12 replicons was compared against that of the wild-type strain, with no antivirals present, to determine the effect of the mutations on replication fitness.

An in vitro assay using fluorescence-labeled nsp4-5 cleavage site peptides was used to determine the half-maximal inhibitory concentration (IC50) of the mutants. Furthermore, molecular dynamics simulations of various nsp5-inhibitor complexes were conducted to understand how these mutations in the nsp5 residues resulted in antiviral resistance.

The study reported that the E166V mutation, while rare in untreated COVID-19 patients, is prevalent in individuals with severe SARS-CoV-2 infections treated with Paxlovid. However, although the replicons carrying the E166V or E166V/L50F mutations were resistant to nirmatrelvir, they continued to be susceptible to other nsp5-targeting antivirals such as PF-00835231 and GC376, probably because these antivirals form supplementary interactions not formed by nirmatrelvir.

The molecular dynamics simulations also revealed that the β-branch of the valine on the 166th position (V166) sterically hindered the t-butyl group of nirmatrelvir, preventing nirmatrelvir from attaching to the target Cys145. The GC376 antiviral drug manages to attach to Cys145 through a series of readjustments that accommodate the valine in position 166, while PF-00835231 overcomes the E166V mutation by forming a β-sheet using its methoxy-indole group.

Overall, the results indicated that the E166V mutation, alone and in combination with the L50F mutation, grants nirmatrelvir-resistance to SARS-CoV-2 WA.1 and Omicron BA.1 and was prevalent in COVID-19 patients treated with Paxlovid. However, antivirals that form additional interactions with nsp5 or are flexible in modifying the peptide interactions continue to be effective against SARS-CoV-2, indicating that second-generation antiviral drug design should aim for strategic flexibility.

Chinta Sidharthan is a writer based in Bangalore, India. Her academic background is in evolutionary biology and genetics, and she has extensive experience in scientific research, teaching, science writing, and herpetology. Chinta holds a Ph.D. in evolutionary biology from the Indian Institute of Science and is passionate about science education, writing, animals, wildlife, and conservation. For her doctoral research, she explored the origins and diversification of blindsnakes in India, as a part of which she did extensive fieldwork in the jungles of southern India. She has received the Canadian Governor General’s bronze medal and Bangalore University gold medal for academic excellence and published her research in high-impact journals.