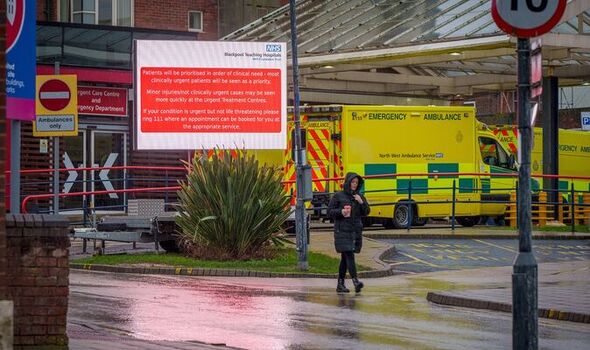 It was one of several milestones set out in February’s Elective Recovery Plan – a blueprint for clearing a treatment backlog that has grown to record levels. Unpublished data shows that of 140 hospital trusts in England, 33 have already eliminated 104-week waits and almost 40 have fewer than 10 patients waiting that long. Nationally, the number of people waiting more than two years had dropped by 33 percent in the past two months. It stood at 14,975 in the week ending April 3, down from 22,311 in the week to February 6.

Sir James Mackey, the NHS England and NHS Improvement elective recovery adviser, said: “Staff have successfully begun to reduce the longest waits for care, which ultimately means people who have been in need for longest, are now getting the care they need.”

The NHS waiting list for non-urgent care grew to a record 6.2 million at the end of February, including just under 300,000 patients who had been waiting more than a year.

Health Secretary Sajid Javid has said the overall backlog, which includes procedures such as hip and knee replacements, may not begin to fall until March 2024.

Short-term ambitions have focused on tackling the longest waits. Another target is to eliminate one-year waits by March 2025.

It has slashed the number of patients waiting more than two years for planned treatment by 58 percent, from 2,084 to 875.

Sir James said: “There is a long and tough road ahead for the NHS to recover from Covid…but these latest numbers demonstrate clearly that the NHS is making the best possible use of the additional investment provided to us, starting with those in greatest need.

“As we have said throughout the pandemic, it is vitally important that anybody who has health needs continues to come forward.”

Professor Neil Mortensen, president of the Royal College of Surgeons of England said surgeons were “working like Trojans to consign these very long waits to history”.

He added: “Many hospitals are struggling, with long waits in emergency departments, staff vacancies and patients getting Covid and having to cancel their operation.

“Two-year waits are the first, important, step on the road to recovery, but it’s going to be a long journey.

“The NHS hopes to eliminate two-year waits by the summer, but then we will turn to those patients – almost 300,000 currently – who have been waiting over a year.”

The NHS is aiming to boost elective activity by around 30 percent in the next three years, compared with pre-pandemic levels. However, it faced criticism this week for plans to include “advice and guidance” offered by GPs, with the support of a hospital specialist, in counts of elective activity.

Guidance suggested such cases could be included without a patient ever visiting a hospital. An NHS source said: “Advice and Guidance is designed to support patients and GPs – it can help to speed up diagnosis and treatment as well as enable patients to receive the care they need closer to home.”