No place for defeatism in fight to cut smoking rates

It turns out that smoking is really bad for you.

A major study of 186,000 Australians has just found that smoking doubles the risk of cardio-vascular disease for people who smoke five cigarettes a day and increases by five times the risk for pack-a-day smokers. 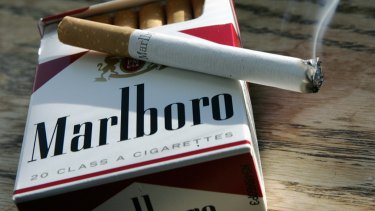 Of course, most people already know smoking is bad.

But the study by the National Centre for Epidemiology and Health Research at the Australian National University is important because it provides the first authoritative numbers based on Australia’s population, lifestyle and health system.

It also provides new evidence that even people who might think of themselves as light smokers are taking a big risk.

Smoking rates have fallen and only about 13 percent of the population now smoke, but it is still by far the biggest single health risk in society.

In the crude terms of the numbers of preventable deaths it causes, smoking is still far higher than methamphetamines and domestic violence and shark bite and all the other horror stories that dominate the news bulletins.

The ANU study is a warning call to health professionals, to governments, and to the 2.7 million Australians who still smoke, to start taking the problem seriously again.

Of course, in the first instance, individuals should take responsibility for their health, when it comes to smoking or other lifestyle factors like obesity or alcohol.

You have been warned: quitting will improve your life and help you live longer. Quit.

One encouraging finding for smokers from this study is that if you quit the risks fall very quickly.

Yet quitting this addiction is hard and the health system should do more to help smokers do it. Australia has done well in the past, which is why the share of the population that smokes is among the lowest in the world.

Australia led the world by introducing plain paper wrapping and health warnings on cigarette packs to make cigarette brands less attractive. Australian tobacco taxes are among the highest in the world, which acts as a financial deterrent. The bans on smoking in most public places discourage social smoking.

Yet recent evidence suggests that smoking rates are not falling as fast as they used to. This should not justify the defeatist attitude that some hard-core personality groups will always be tempted by nicotine or it is too hard to get the message across to certain social groups.

The problem is too big to accept failure. Government and doctors need to redouble their efforts.

Health experts are calling for governments, especially the Federal government, to throw big money into television and other more tightly focused mass advertising campaigns. Convincing young people not to start smoking and established smokers to quit is a lot more cost effective than paying for more hospital beds and heart bypass surgery. Yet, spending on advertising has been significantly wound back in recent years, especially for programs targeted at indigenous Australians.

Health service providers should also be incentivised to take more responsibility to get their patients to quit. Service providers say many people are still not using the subsidised nicotine replacement therapy and intensive counselling freely available from public Quit lines. Doctors would do better convincing patients to quit than treating them once they fall ill.