Patients with type 2 diabetes could be treated with a heated balloon to regenerate cells key to controlling blood sugar.

Rahul Kumar, 48, an IT consultant from Bromley, South-East London, was one of the first to benefit, as he tells Carol Davis.

Eating out has always been one of my favourite things to do, and I have a sweet tooth. I was also pretty lazy.

But when my employer sent me for blood tests as part of my annual health MOT when I was 34, I was shocked to find my blood sugar levels were high and I was pre-diabetic — normal levels are below 6 mmol/L, and mine were hovering above this.

My GP advised healthy eating and exercise. So, for months, my wife Puja cooked me healthy meals, but gradually, my old ways crept back in. 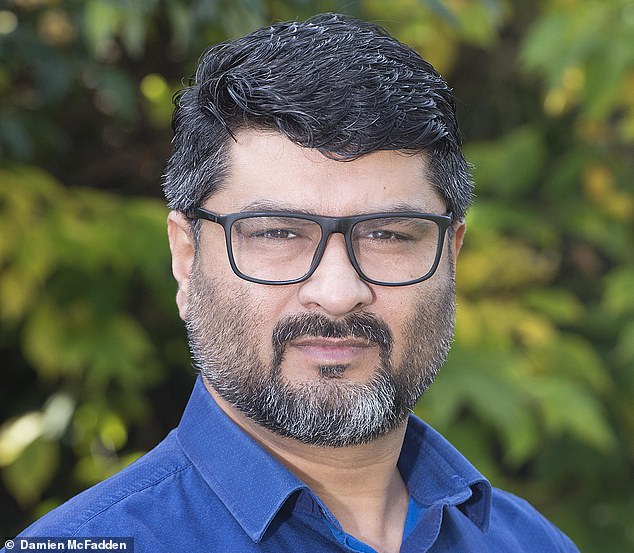 Rahul Kumar, 48, an IT consultant from Bromley, South-East London, was one of the first to benefit from a heated balloon to regenerate cells key to controlling blood sugar

To be honest, I’d thought type 2 diabetes was only for old people, but there was no doubting I had the symptoms — I was tired, often thirsty and had to urinate a lot because my kidneys were working hard to get rid of the excess blood sugar.

I regretted not taking proper action when I was first warned.

My GP prescribed metformin tablets, which lower the amount of sugar produced in the liver and make the cells more responsive to insulin.

I was miserable to think I’d be on medication for life.

I also needed regular eye checks, since high blood sugar can damage the blood vessels in the eye.

My blood sugar levels kept rising, so my GP added two more forms of medication — gliclazide and saxagliptin — to make my body produce more insulin, but nothing kept it under control, and my blood sugar levels reached 9.9 ten years after I was diagnosed.

My GP warned me I would soon need regular insulin injections. I hated the thought of that.

But then an advertisement for a diabetes trial popped up while I was browsing online. Most ads are for medication that appears to have untested side-effects, but this seemed different. So I filled in a form, and the marketing agency called me.

In March 2017, I saw a specialist at King’s College Hospital, who was involved in the Revita-2 trial. 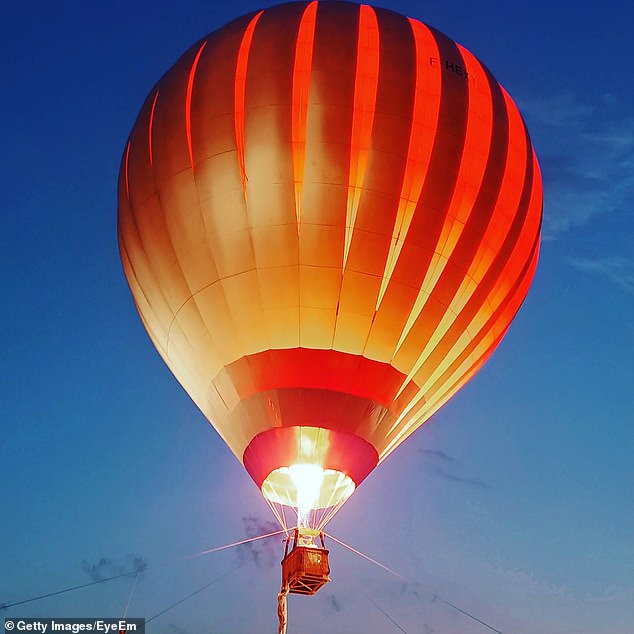 Mr Kumar received a treatment that involved putting a small, flexible tube into the gut through the mouth and then inflating a balloon filled with hot water into the duodenum

He explained to me that the procedure involved putting a small, flexible tube into the gut through the mouth and then inflating a balloon filled with hot water into the duodenum, the bit of the intestine that lies below the stomach and absorbs nutrients and signals for insulin to be released.

In people with type 2 diabetes, the cells in the duodenum don’t work as effectively, so the hot balloon would burn away these old cells and allow new, working cells to grow in their place.

What are the risks?

He said the procedure would take around an hour.

I felt that I had nothing to lose — I didn’t want to go on insulin, yet needed to control the type 2 diabetes.

I met Dr Bu Hayee, the consultant gastroenterologist who would be doing the procedure, in May 2017, and had the treatment under general anaesthetic that day. I felt woozy afterwards and had a sore throat for a few days.

I lived on watery soups while the area healed, before moving on to yoghurt and other mushy food for 15 days.

On this restricted diet, I started losing weight — in the end, I shed 9kg (20lb) over two months and had higher energy levels, too.

Since the surgery had given me a kick-start, I started walking more and playing badminton, and stuck to a healthy diet. I felt great.

My blood sugar levels slowly dropped back to around 7, where they are now.

With my healthy eating and exercise, I’m hoping to reduce that further — I now weigh 83kg (just over 13st), so I’ve lost well over a stone overall.

While I still take metformin and two other medications, I’m hoping to reduce this, and will no longer need insulin.

The doctors say that my type 2 diabetes has responded far better to the surgery than it could have done to losing weight alone.

Around 3.5 million Britons have type 2 diabetes, where the body no longer responds properly to insulin, so instead of moving into the cells, sugar stays circulating in the blood. This uncontrolled blood sugar can damage nerves and cells, leading to complications including heart disease, kidney damage, sight damage, foot ulcers and amputations. 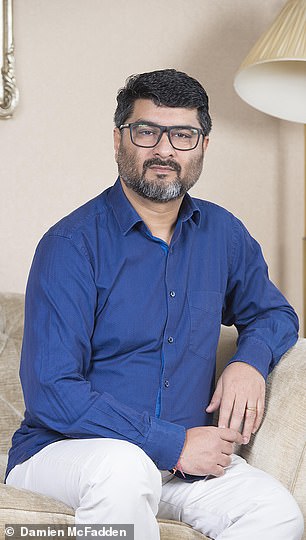 Mr Kumar said: ‘The doctors say that my type 2 diabetes has responded far better to the surgery than it could have done to losing weight alone’

Medication such as metformin can be prescribed, but, as the body becomes worn-out and produces less insulin, as well as responding less to what is produced, some patients need to inject themselves with extra insulin in order to process glucose.

The duodenum — the first part of the small intestine — lies immediately below the stomach and has an important role to play in managing blood sugar and nutrient absorption.

Cells in the duodenum lining react to food, triggering insulin production. But, as insulin resistance builds up in patients with type 2 diabetes, these cells become swollen and cannot perform their role properly.

Revita, which was developed in the U.S, burns away the inner lining of the duodenum using a balloon filled with hot water, to make way for new, healthy cells to regenerate. These are more sensitive to insulin. Essentially, we are trying to rewire the body so that patients can start again, hopefully losing weight, too.

This means they do not need to keep increasing medication and can even reduce it.

This is very exciting, since it is a one-off treatment done via the mouth, rather than an incision, so patients go home the same day.

Revita has been trialled on almost 300 patients worldwide, including a major trial at four NHS hospitals that showed it is safe and effective.

While this is still small-scale, it is enough to show that it works.

It will soon be available at private hospitals, and we hope to introduce it to the NHS as part of a package of better diabetes care, where patients work with the support of a diabetes team and dietitian and take more exercise.

Festive first aid: What to do in an emergency at Christmas time

This week: A bang on the head.

‘Most head injuries will not cause you any long-term effects,’ says Alan Weir, head of clinical operations for St John Ambulance.

If a child has hurt their head, sit them down, comfort them and keep a close eye on them for any unusual signs or behaviour. A bag of frozen peas wrapped in a tea towel can reduce superficial swelling. An adult should rest and take paracetamol.

But if the person starts vomiting, this could indicate a brain injury.

‘Signs to look for include one pupil being bigger than the other or dilation of both pupils,’ says Alan.

If you suspect someone has concussion, or a worse head injury, go to A&E.

The procedure takes almost an hour under general anaesthetic. First, I put an endoscope (a long, flexible tube with a light and a camera at the end) into the duodenum via the throat to check for anything unexpected, such as ulcers, which would mean we could not proceed.

Then I put a guide wire down and feed a catheter — a thin tube with the balloon attached — over it, watching on X-ray.

Using a handle connected to the catheter, I inject saline into the submucosa, which lies just under the top layer of the duodenum lining, so the rest of it is not harmed by the heat.

Then I inflate the 2cm-long balloon on the catheter with hot water up to 94c (around 200f) for 15 seconds, moving it gradually along until I have treated 10cm of the duodenum lining, in the area immediately after the pancreas where insulin is produced.

Patients need a liquid diet while the area heals, but can return to a normal diet ten to 14 days later.

Our results show that this works for at least two years, allowing the body to reset and the patient to get their type 2 diabetes under control — and it could be repeated if required.