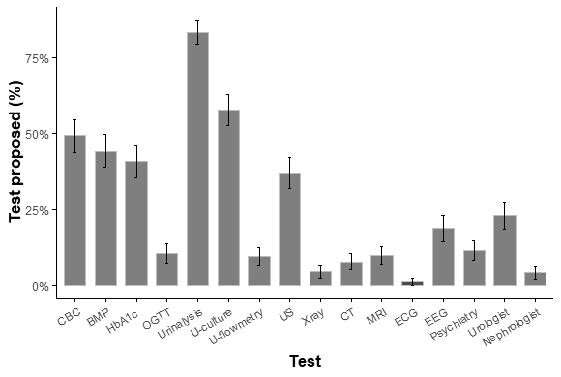 Researchers make a compelling, evidence-based case for expanding the diagnostic workup to include cardiac arrhythmias when a normally continent individual experiences enuresis nocturna (involuntary urination during sleep). Their recommendations appear in Heart Rhythm, the official journal of the Heart Rhythm Society, the Cardiac Electrophysiology Society, and the Pediatric & Congenital Electrophysiology Society.

When a normally continent individual experiences enuresis nocturna, treating physicians typically consider a differential diagnosis of urinary tract infections, anatomic malformations, emotional disturbances, epilepsy, sleep apnea, and the effects of diuretic or sedative medications. Despite the fact that involuntary urination during sleep can be a symptom of certain potentially lethal cardiac arrhythmias, they are rarely considered in the diagnostic evaluation.

The sudden death from long QT syndrome type 2 of a 23-year-old female who had experienced two isolated bedwetting episodes but no other symptoms, prompted researchers to examine the prevailing protocols among physicians likely to encounter patients with unexplained enuresis. They conducted an anonymous internet-based survey asking physicians to select the diagnostic tests they would perform for a patient with unexpected and unexplained bedwetting and no other symptoms. The 346 respondents included 102 pediatricians, 73 family physicians, 57 internal medicine specialists, 35 residents, 37 interns, and 42 advanced medical students. Of these, 114 were senior physicians with more than three years of experience.

Most of the survey respondents said they would perform urinalysis and kidney ultrasound following events of enuresis to search for an underlying urinary disease. Many also selected testing for diabetes and abnormalities in urinary flow. While 19% recommended performing an encephalogram, an indication that they considered the possibility of nocturnal epileptic seizures as a potential cause, only 1% thought that performing an electrocardiogram was indicated. This finding demonstrates that arrhythmic seizures are practically never considered part of the differential diagnosis of unexplained enuresis.

“We are very surprised and extremely concerned by the lack of awareness among primary physicians about the possibility of nocturnal arrhythmogenic seizures caused by long QT syndrome,” noted lead investigator Sami Viskin, MD, Sourasky Tel Aviv Medical Center and Sackler School of Medicine, Tel-Aviv University, Tel-Aviv, Israel. “The condition, which is highly lethal when left undiagnosed and untreated, is easy to detect with an electrocardiogram and is highly responsive to appropriate therapy.”

The medical community recognizes that arrhythmias are an important cause of daytime syncope, and the electrocardiogram is considered an essential tool for its evaluation. It is important to raise the awareness to the fact that the same arrhythmias known to cause syncope in the “awake patient” may also cause nocturnal seizures during sleep. If these nocturnal seizures are not witnessed, then unexplained bedwetting may be the only clue remaining from the dramatic event.

Dr. Viskin explained that the underlying diagnosis for most cases of enuresis will not be an arrhythmic syncope, especially with young patients. However, it is important to explore this possibility, particularly when the events are highly sporadic, noting that “An electrocardiogram is an inexpensive and easily performed test that is invaluable for diagnosing potentially fatal diseases that can be easily cured.”

“Inquiring about a familial history of sudden death should be an integral part of every medical consultation,” Dr. Viskin added. Failing to recognize a malignant family history can be pivotal: Post-mortem investigation about their patient uncovered family history including genetic predisposition and instances of sudden death.